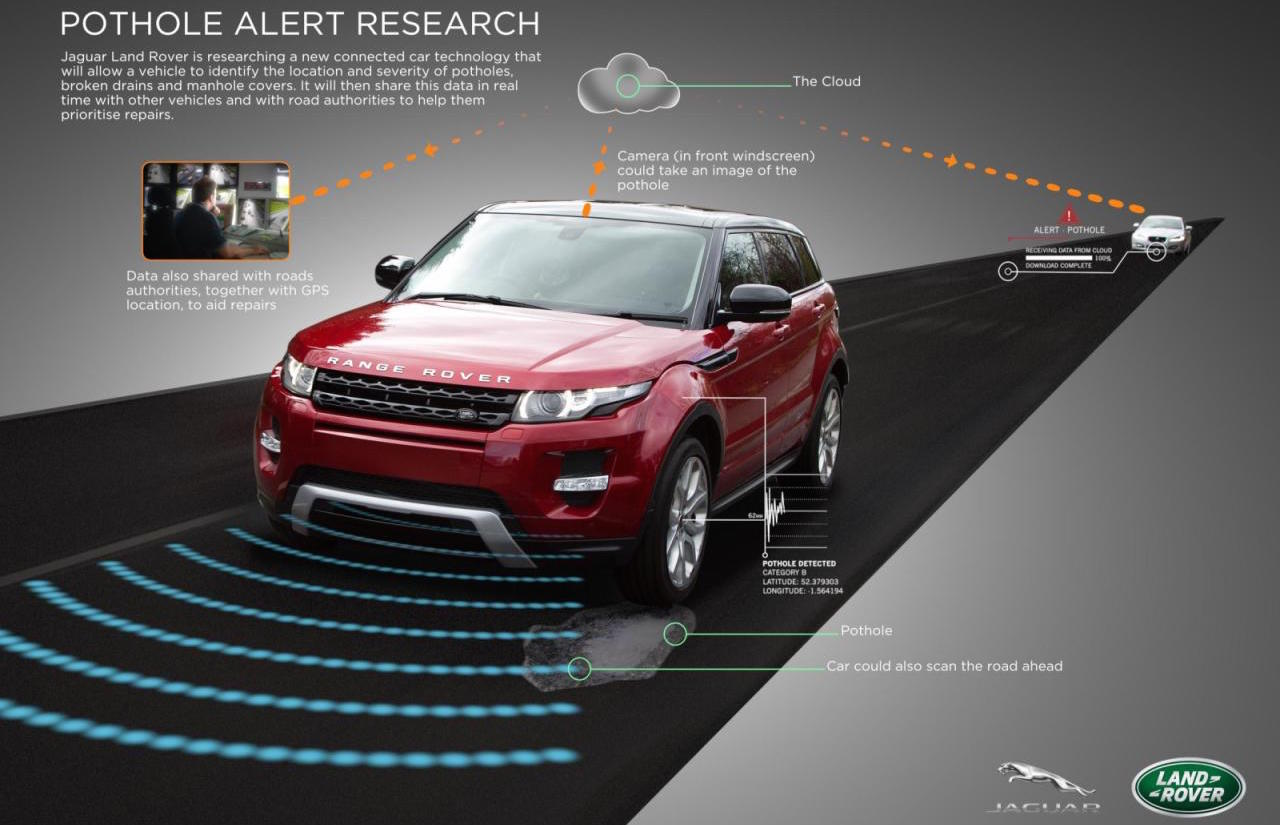 Have you ever been cruising down the street, eyes casually wandering over signs and the streetscape, and then BANG, a violent and sometimes costly bump shakes you back to attention? 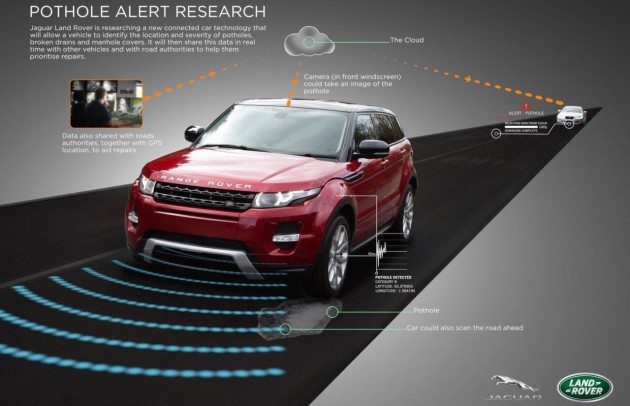 Well, Jaguar Land Rover has announced that it is currently developing a new system to scan the road ahead for irregularities like potholes, broken drains and manhole covers. The idea is that the system could then transfer this data via the cloud to other drivers approaching the same hazardous spot.

JLR’s ‘Pothole Alert’ system works thanks to an array of sensors and cameras, as well as utilising data from the adaptive suspension system, or MagneRide, which is equipped to the Evoque and Discovery Sport models. Dr Mike Bell, who is JLR’s global Connected Car director, explains:

“Sophisticated sensors that allow the vehicle to profile the road surface under the wheels and identify potholes, raised manholes and broken drain covers. By monitoring the motion of the vehicle and changes in the height of the suspension, the car is able to continuously adjust the vehicle’s suspension characteristics, giving passengers a more comfortable ride over uneven and damaged road surfaces.”

He says that in the future, the company is looking to develop systems that could automatically guide a car around potholes without the car leaving its lane.

The idea has struck a chord with the Coventry council in the UK, who are enthusiastic about the system’s possible uses down the road. Rachel Lancaster, who is a cabinet member at Coventry council, said:

“We will be investigating how Jaguar Land Rover’s Pothole Alert system could supply us with data in real-time from thousands of connected cars right across our road network. This could give us a very accurate, minute-by-minute picture of damage to road surfaces, manholes and drains in real time.”

Take a look at the video below for a quick demonstration on how it works. It could become a very popular option, especially for those who have optioned for some of Range Rover’s large alloy wheel packages.