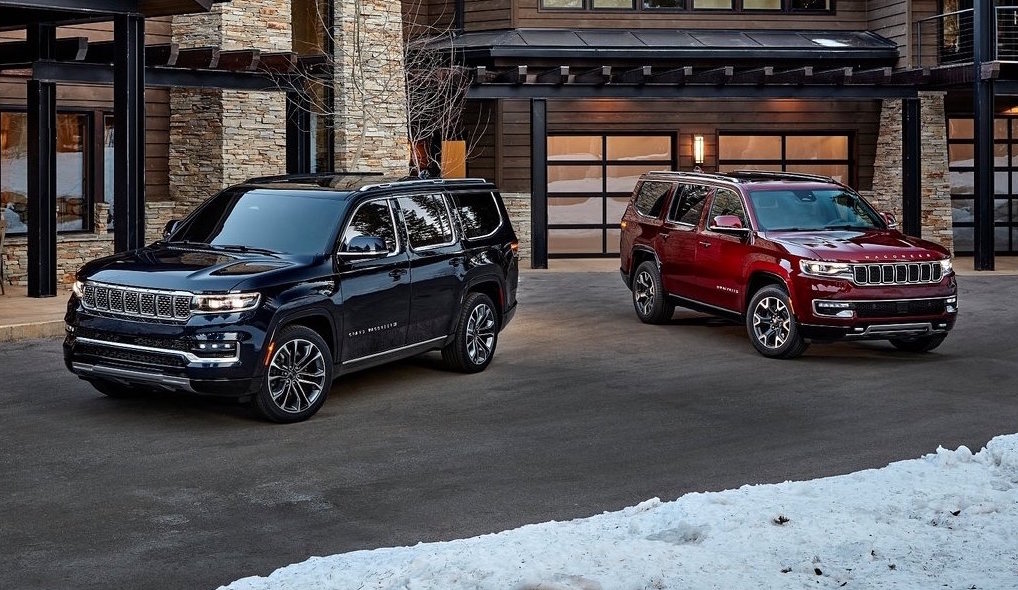 If you want a big SUV, they don’t come much bigger than these. Welcome to the 2022 Jeep Wagoneer and Grand Wagoneer, inspired by that massive concept from last year… and modern apartment blocks, we presume. 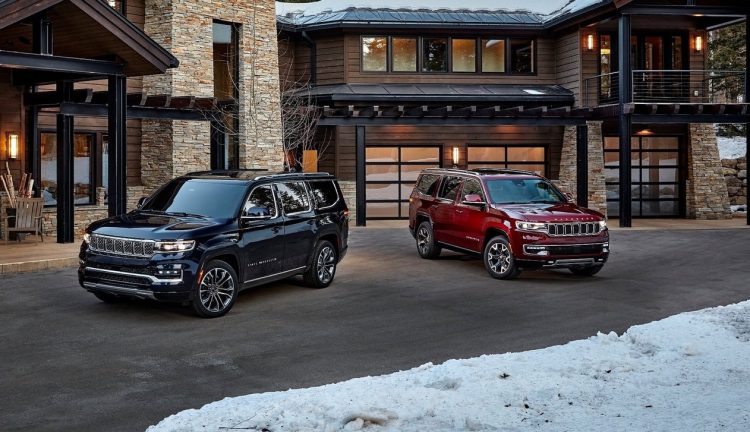 Jeep is offering two versions under the new Wagoneer sub-brand, reviving a classic American icon. Both feature three rows of seats capable of accommodating up to eight passengers, with four-zone climate control for the Grand Wagoneer complete with a 10.25-inch rear “comfort screen”.

So, what’s the difference between the two? The Grand version is essentially more… grand. It is the most luxurious option and thus comes with bonus features and a higher level of detail both inside and out. Jeep says the Wagoneer is designed to compete in the middle of the large SUV segment, while the Grand Wagoneer is being pitched in the premium large SUV segment (by American measurement standards). 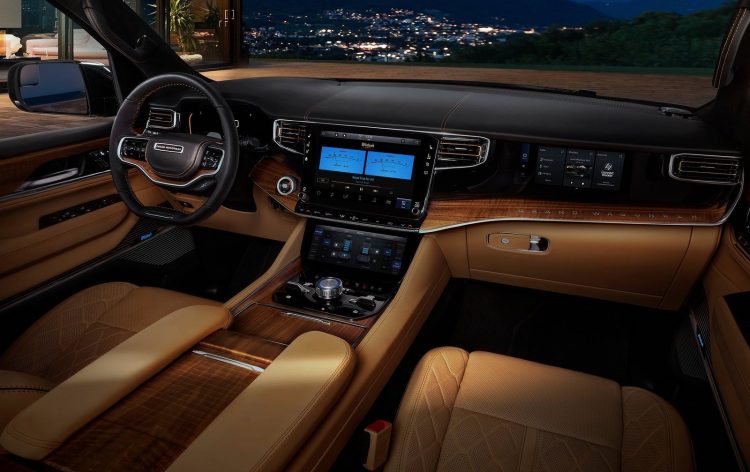 Both models debut the latest Uconnect 5 operating system with a 10.1-inch or 12-inch central digital display. Jeep says the latest system operates up to five times faster than the outgoing systems, partly thanks to an Android-based platform and over-the-air update capability. It can also include a 10.25-inch touch-screen for the passenger which contains entertainment, navigation, and various apps including viewing exterior cameras. That’s on top of the main central touch-screen and digital instrument cluster. You want screens? This has screens.

Overall, Jeep says the Wagoneer is available with up to 50 inches of total digital screen area, while the Grand Wagoneer presents up to 75 inches. Around 45 inches of that is spread across the dash. That includes a fourth screen for the climate controls, positioned towards the centre console. In the Grand Wagoneer up to three more screens are available in the second row. 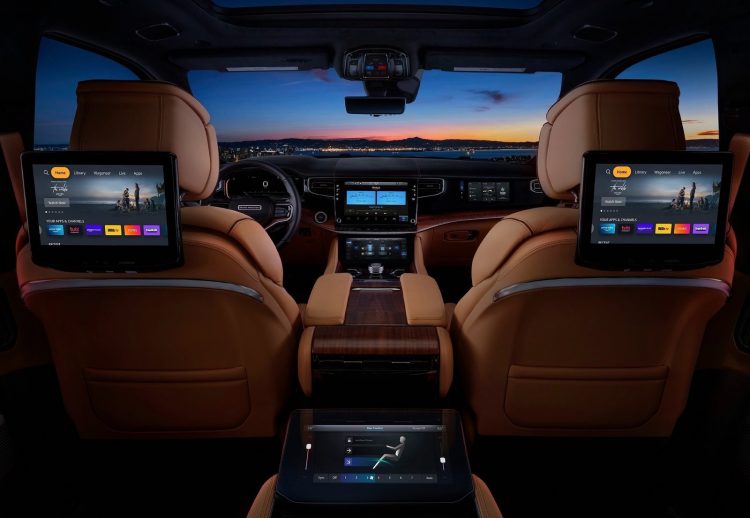 Enough about screens. These are true Jeeps at the end of the day as well, so they are well prepared for all-terrain travel. Highlights include the Quadtra-Trac I or II 4×4 systems, low-range, and a limited-slip differential for the rear. There’s also Selec-Terrain modes available, and Quadra-Lift air suspension which can provide up to 254mm (10 inches) of ground clearance.

As for the power, the Wagoneer comes with a 5.7-litre naturally aspirated V8 that produces 218kW and 548Nm, paired up to a 48V mild-hybrid system with cylinder-deactivation technology. The Grand Wagoneer uses a 6.4-litre V8 that develops 351kW and 617Nm. Both engines are matched to an eight-speed ZF-based TorqueFlite automatic transmission. 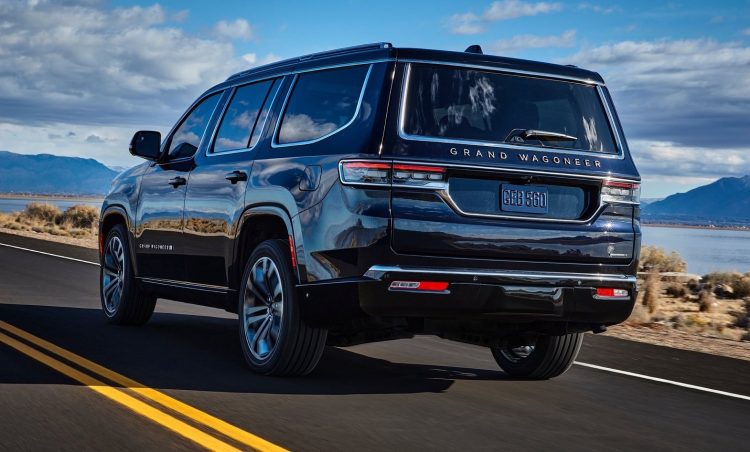 The new models will come in and sit above the recently-revealed new Grand Cherokee L, which is also big. Speaking about the new models, Christian Meunier, Jeep brand chief executive officer, said:

“We are ready to start a new exciting adventure with a model that wrote some of the most iconic pages in the history of the American automobile. Wagoneer and Grand Wagoneer are born from the Jeep brand, but they have a flair of their own, building on a rich heritage of craftsmanship and refinement, while offering new levels of sophistication, comfort and legendary 4×4 capability, as well as a new level of customer service.”

Both models will be produced at the Warren plant in Michigan, with showroom entry in the USA scheduled to commence in the second half of this year. There are no plans for an Australian introduction at this stage.