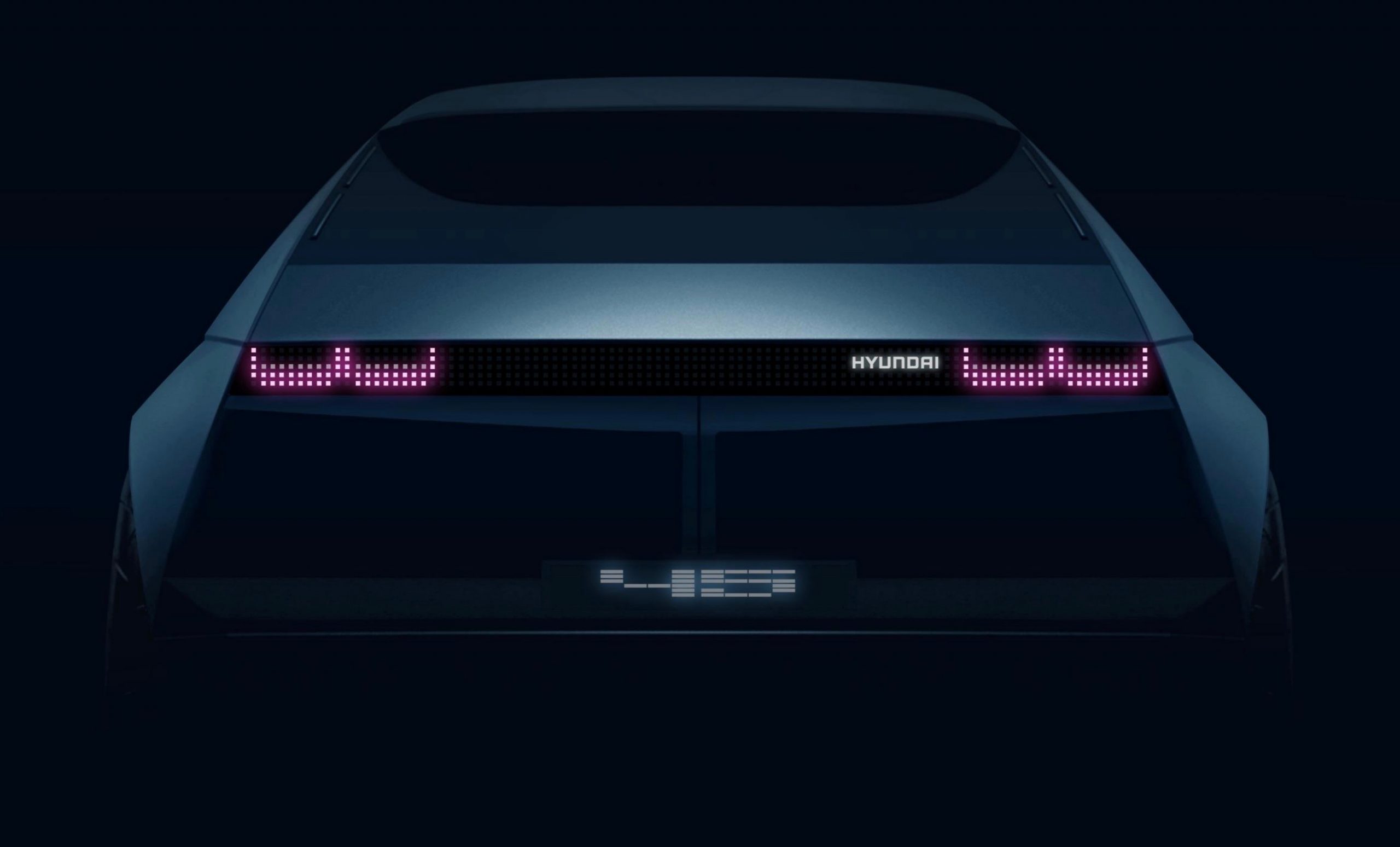 Hyundai has confirmed it is planning to unveil an all-new fully electric concept car at the upcoming 2019 Frankfurt Motor Show, and it has just sent out a teaser image to give us a taste of what to expect. 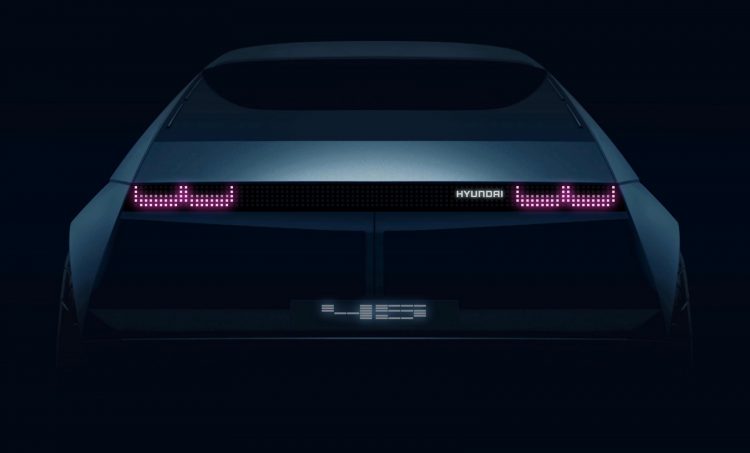 The electric concept, called the 45, will be a fully electric car that gives us a sample of Hyundai’s future design direction. Hyundai says the concept’s design is inspired by the brand’s first model from the 1970s, albeit featuring modern fixtures and fittings, such as LED lights. In a statement, Hyundai described the design:

“The new concept accentuates the forward-driven design direction while exploring the evolution of Hyundai’s ‘Sensuous Sportiness’ design language. ‘Sensuous’ stands for enhanced emotional values that customers can experience through design, and ‘Sportiness’ is determined to implement those values through innovative mobility solutions.”

As you can see by the teaser images, the concept goes for a retro theme. It almost looks a bit like a DeLorean, with a slanted nose leading straight up to the windscreen and roof, almost in one straight line. The front end also incorporates a full-width LED panel with large pixels, again making the link to its retro inspiration.

There are no details on the specs at this stage, other than the fact it features a fully electric powertrain. We suspect it could use the system from the Kona Electric, which offers 150kW and 395Nm. In that, the system offers a range of 449km on the WLTP test cycle.

Hyundai says the 45 acts a “symbolic milestone” for its future EV design. Does this mean there’s a production version on the way? We don’t think so, but elements of the concept will probably inspire future production models. All will be revealed on September 10. 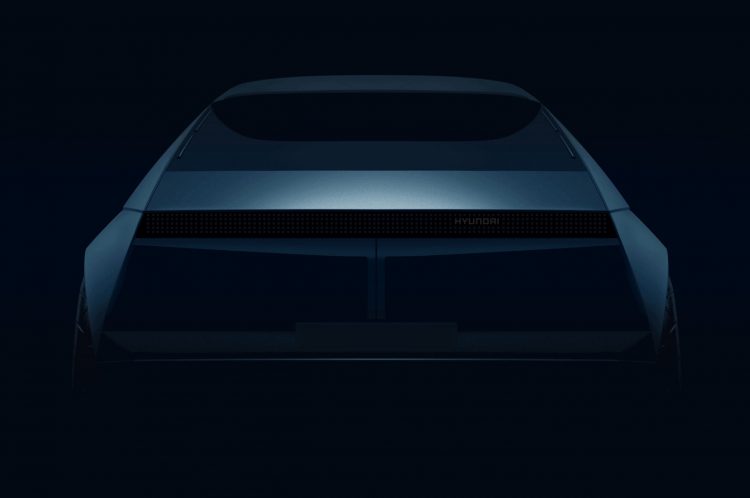