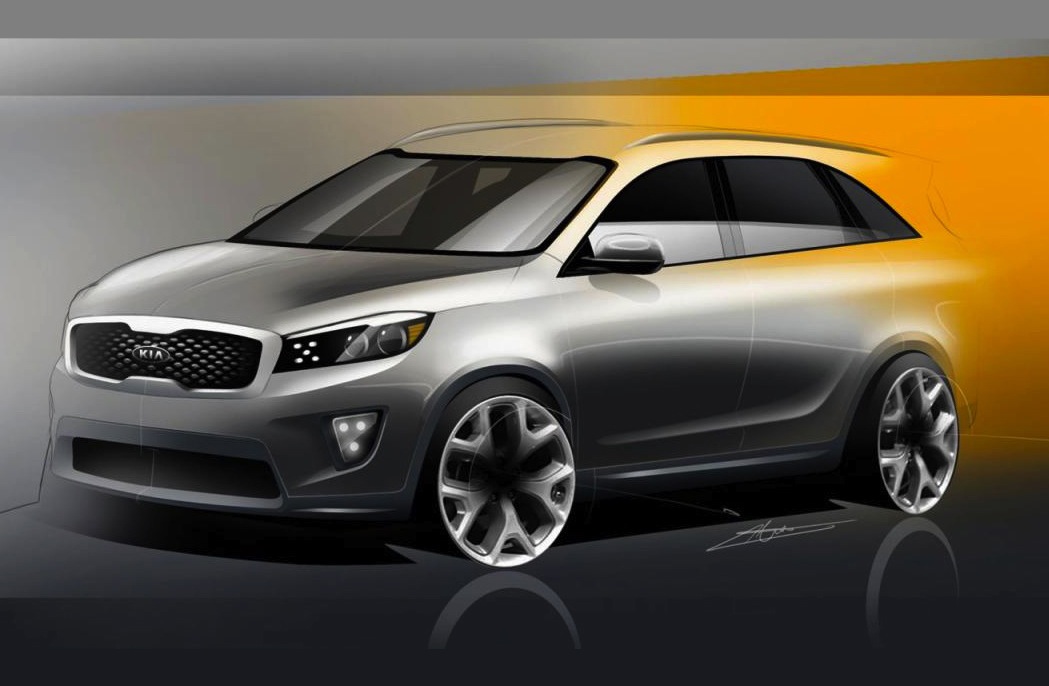 Previews sketches of the upcoming 2015 Kia Sorento have surfaced online, giving us all a hint of what the next-gen model will look like. 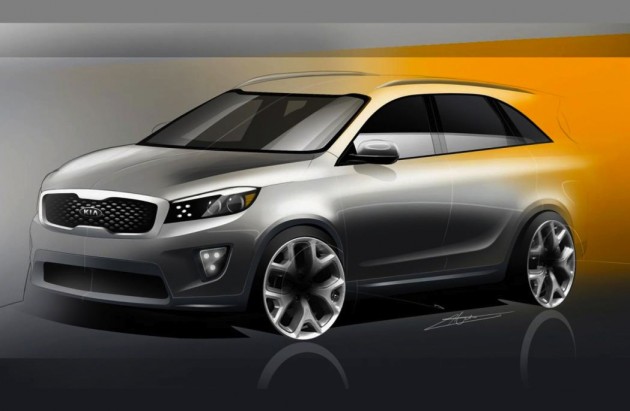 The images, which first appeared on Kia-World.net, reveal a new design direction for the next model. It features, at least in these sketches, a more pronounced upper front grille, sweeping headlights, and a smoothed over body.

According to reports the next model will ride on a revised version of the new Kia Carnival MPV platform, capable of supporting an all-wheel drive system. This is expected to carry a number of engine options, including a 2.0-litre turbo-petrol, a 2.2 CRDi turbo-diesel, and up to a 3.3-litre GDI diesel V6.

For the interior, the dimensions are set to expand to offer more legroom and headroom, as well as accommodation for up three rows of seats. Technology and connectivity is also likely to receive a major overhaul. 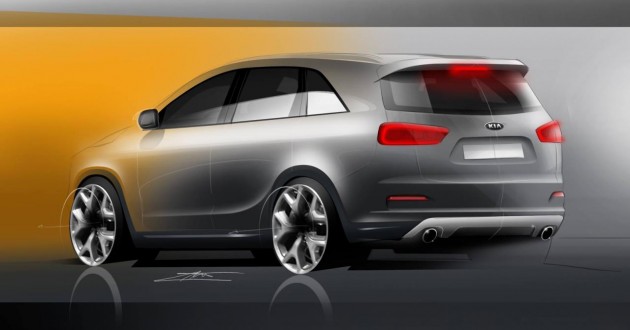 Although these sketches are not official, the design is said to be quite an accurate representation of what to expect. All will be revealed at the 2014 Paris Motor Show in October.

When it arrives on the market next year it will compete with the likes of the Toyota Kluger and other large soft-roader SUVs.

So far this year Kia Australia has sold 1228 examples of the current Sorento, making it significantly less popular than the Toyota Kluger (4414) and Holden Captiva 7 (5561), but more popular than vehicles like the Subaru Outback (1325) and Mitsubishi Challenger (1037).