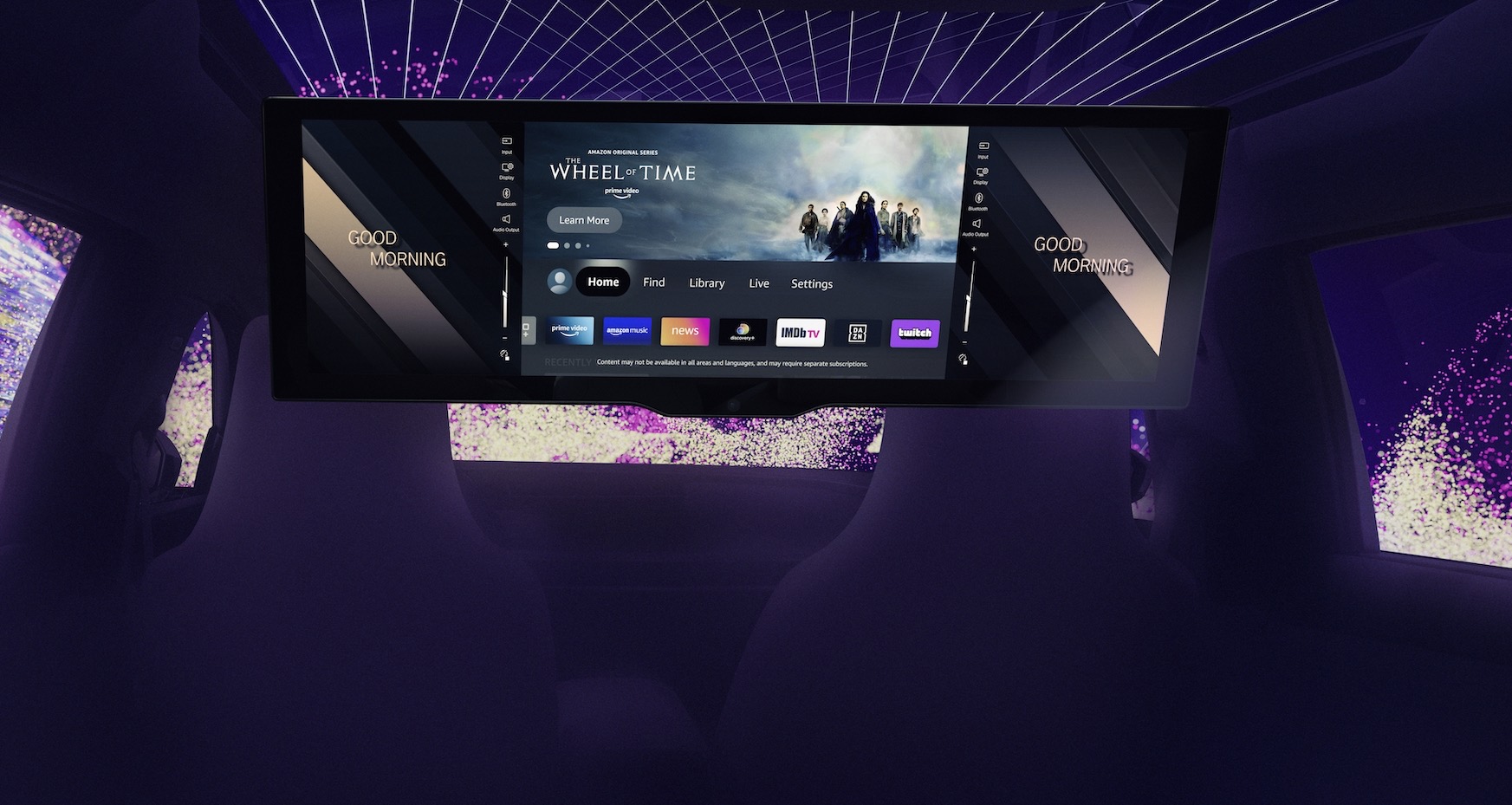 There seems to be a war of screens going on with car manufacturers at the moment. But we think BMW has just taken the cake, unveiling a whopping 31-inch display for rear passengers, with 8K resolution and everything. 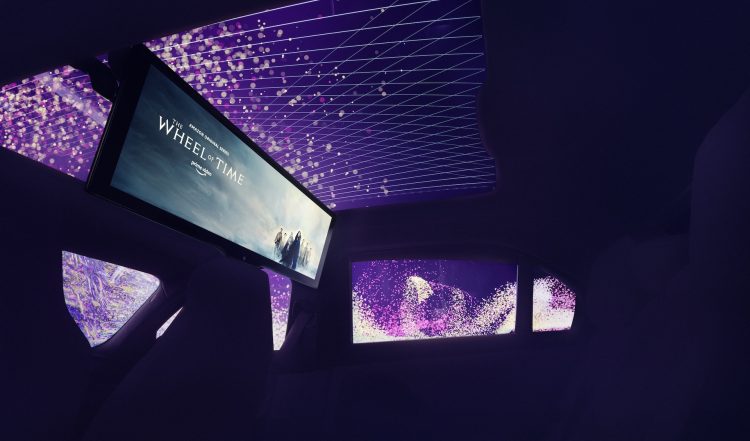 The company is showcasing the epic system at the Consumer Electronics Show in Las Vegas this week, promising an entertainment experience on par with a cinema. Described as an “ultra-wide” (ya think?) display, it offers smart TV functions, with plans to integrate Amazon Fire TV.

Called My Mode Theatre, the idea is for the screen to become available as an option in the future, giving rear seat passengers a truly unprecedented in-car entertainment experience. BMW describes it as like a private lounge, complete with surround sound and 5G connectivity.

The screen extends out from the headliner on demand via a suave rotary controller, sliding out on two sophisticated rails on the sides. Users can then control the system with touch pads integrated in the rear doors, or through touch operation.

When the screen is deployed it is accompanied by a unique audio demonstration which was created by Academy Award winner, Hans Zimmer. It ends at exactly the moment the screen stops at its final position. This is also joined by a special animation on the screen. Visuals are integrated with a Bowers & Wilkins Diamond Surround Sound system. 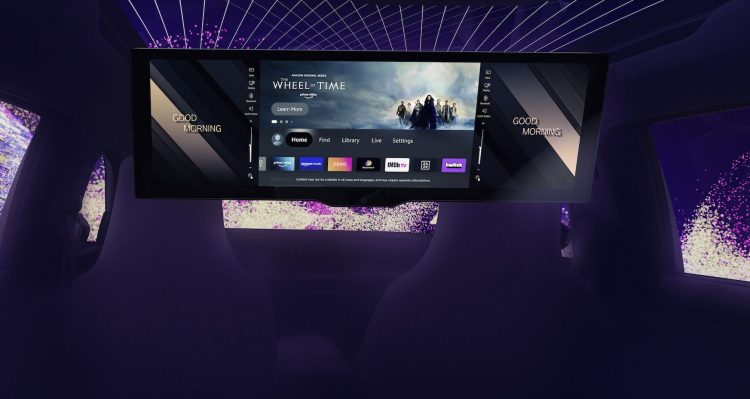 The screen offers zoom functions and tilt adjustment, and can adopt an aspect ratio of 16:9, 21:9, or even 32:9, with resolution of around 8000 by 2000 pixels, although it also supports 4K. The company said in a statement:

“This is the first vehicle integration of Amazon Fire TV to support content in 4K, and offers the highest resolution and biggest display of any in-car Fire TV experience.”

BMW also says it is working on offering country-specific streaming services, for customers in China for example. Users can also play downloaded content or listen to music.

BMW is looking to launch the My Mode Theatre Screen in “future luxury class” models, although it is yet to outline specific timing. Frank Weber, board member at BMW for development, said:

“We develop immersive, digital experiences for sheer driving pleasure. In Theatre Mode, the rear of the interior is transformed into a private cinema lounge. With the 31 inch display, 5G connectivity, 8K resolution, surround sound and individual streaming program, an unprecedented experience is created that sets new standards for in-car entertainment.”