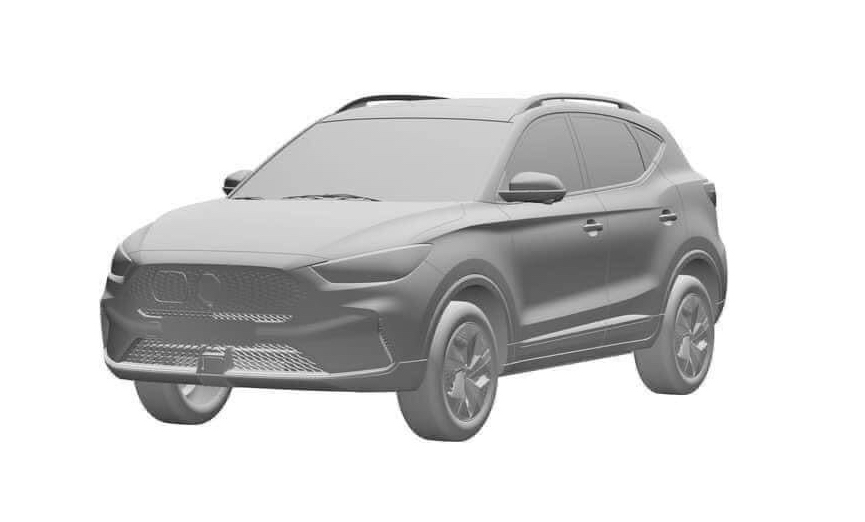 Some patent images of what appear to preview the 2022 MG ZS facelift have surfaced online, with rumours pointing to a range increase to around 350km for the EV. 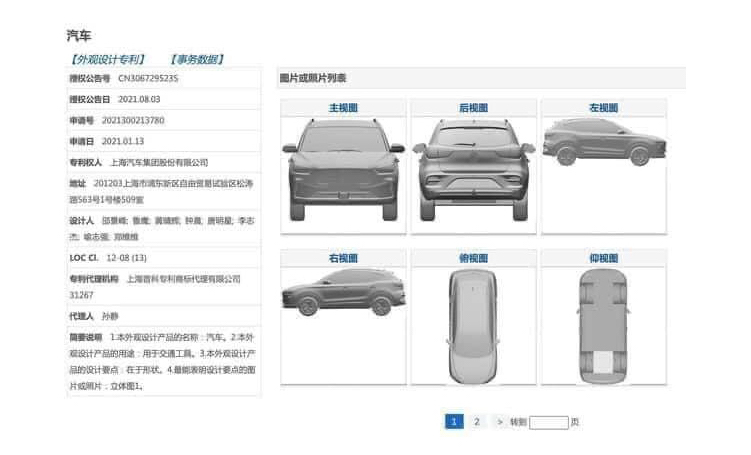 The MG ZS (including ZST) is currently the single best-selling SUV in the segment in Australia, reporting an impressive 10,879 sales through the first six months of this year. That’s up 435.6 per cent on the same period in 2020, and well clear of the runner-up of the class, the Mazda CX-30, and its 8206 sales. 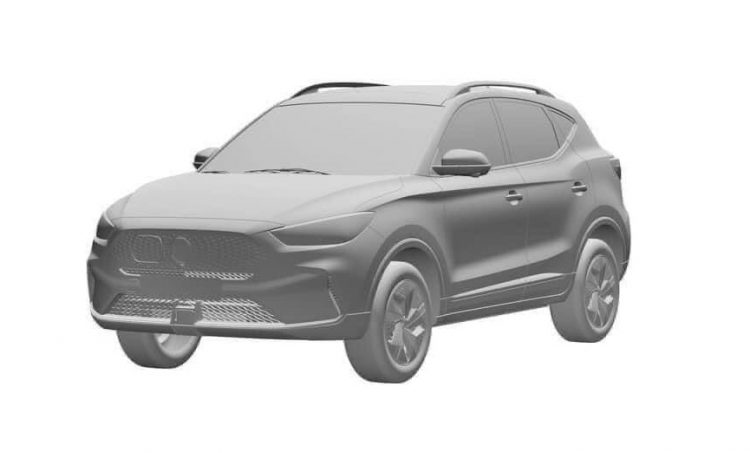 Patent images recently surfaced from China showing what clearly appears to be some kind of 2022 facelift for the ZS. The images show aero-style wheels and a charge plug cap in the front grille, suggesting it is the ZS EV (electric) variant.

We can see some revisions to the front bumper bar design as well, with a new sweeping contour that runs across like a big smile, and that charge plug cap is moved over to an offset position to replace the big central piece that pops out in the current model (below). 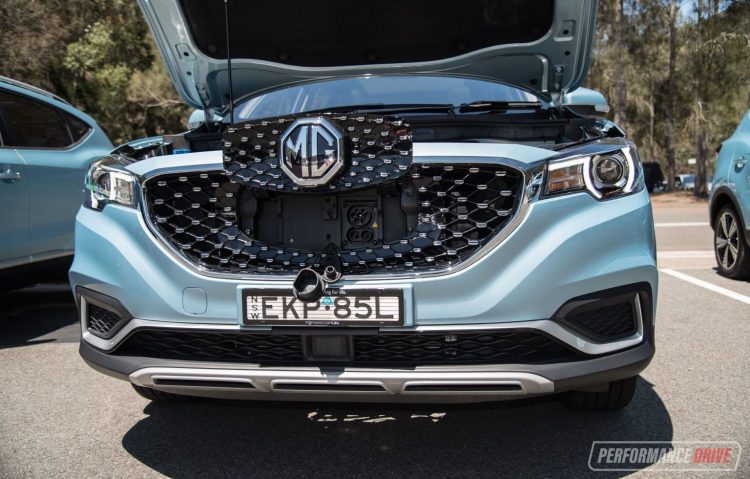 Around at the back, the changes are pretty discreet, with everything above the lower tailgate edge looking pretty much identical to now. The roof rails and shark-fin antenna also look the same. Lower down, though, the diffuser section is revised and the corner reflector clusters are round rather than rectangular. This is all purely from these patent images anyway, which may not entirely represent the eventual production version.

Aside from the exterior design update, some changes are also expected inside. The digital gauge cluster from the ZST could be introduced on the regular ZS models and the EV variant, and likewise, the 10.1-inch touch-screen featured on the ZST – and larger HS model – is likely to be brought across for all. 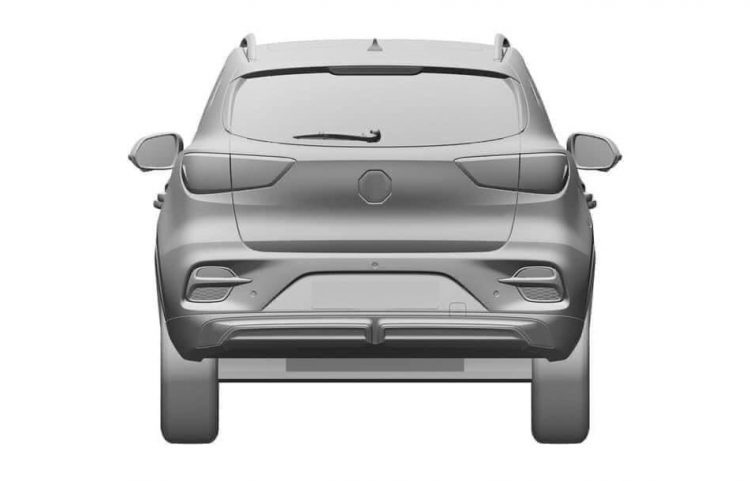 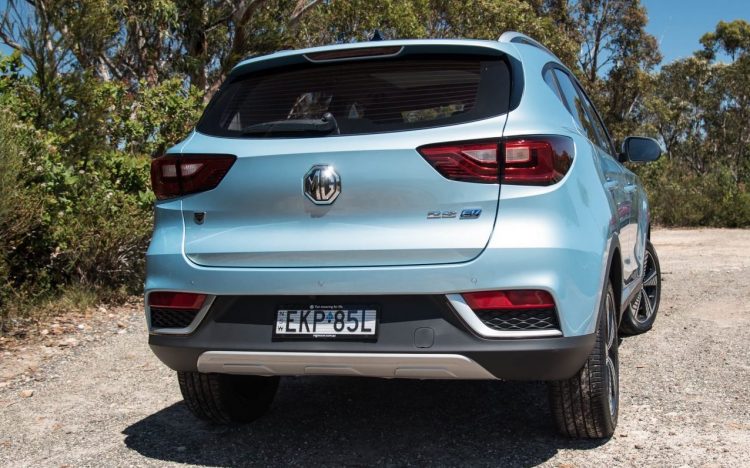 Speaking of variants, Australia seems to be the only market region that offers both the ZS and ZST. We remember being told during its local launch that the ZST would eventually replace the ZS locally. That didn’t happen – not yet anyway. The facelift might see that opportunity arise again.

At the moment (in Australia) buyers have either a 1.5L petrol mated to an ancient four-speed auto (or CVT in the ZST Core), or a 1.0-litre turbo-petrol three-cylinder matched to a six-speed auto to choose from. These units develop 84kW/150Nm and 82kW/160Nm, respectively. The ZST then uses a 1.3 turbo-petrol developing 115kW/230Nm.

Our understanding is that these will remain, but whether they continue to wear the ZS and ZST badges is yet to be seen. However, the electric model will apparently welcome a larger battery, at least as an option. The current 44.5kWh system, with a 105kW/353Nm motor, currently offers a range of 263km. This is set to be increased to around 350km via a battery size jump to around 55-60kWh. 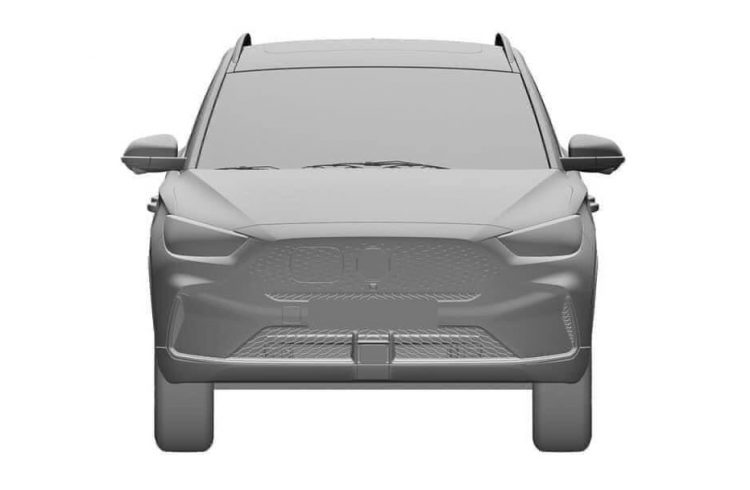 With the longer range, and potentially the retention of the 44.5kWh system continuing on as an entry level option, prices are likely to push up to around $55,000. Our guess is MG will want to keep the short range model at a similar price though, especially as it is currently the most affordable electric vehicle on the Australian new car market. Prices start from $44,990 (drive-away). The MG Australia spokesperson told PerformanceDrive:

“We’re very pleased with how the ZS EV has been received in Australia. We’re constantly looking at how we can improve, and the ZS EV is an integral part of that ongoing process. As new energy technology moves forward, we actively consider ways of incorporating it into future products.”

In regards to market entry? Well, it is a bit early to tell. Given the ZST has only been on sale in Australia since around October last year, our guess is the ZS facelift could arrive locally by around mid-2022.