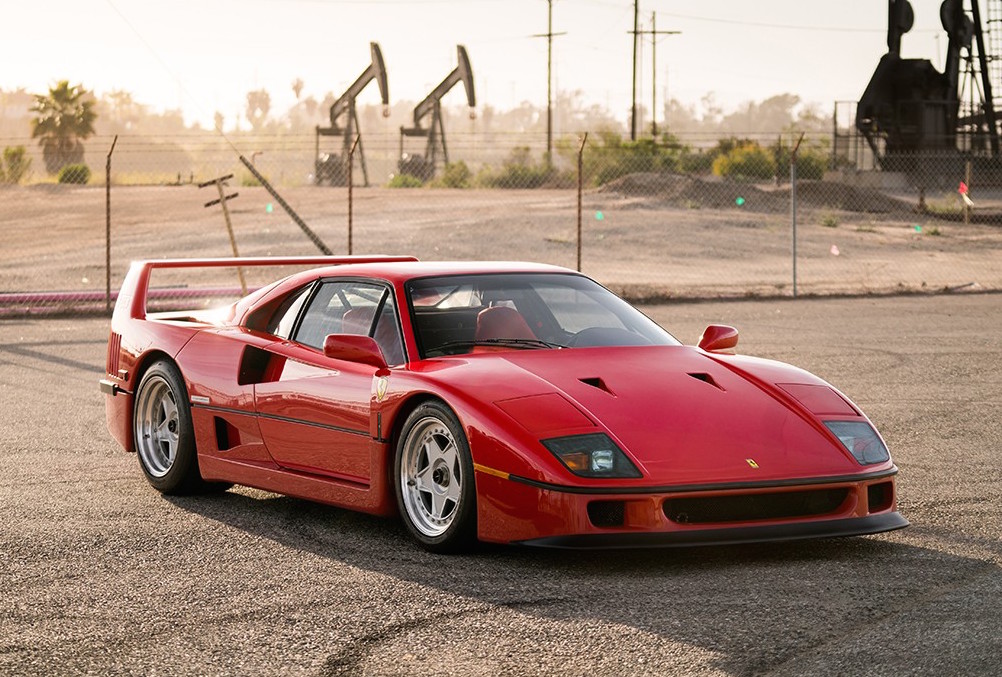 An immaculate Ferrari F40 is going up for auction next month, featuring a number of unique enhancements and options. 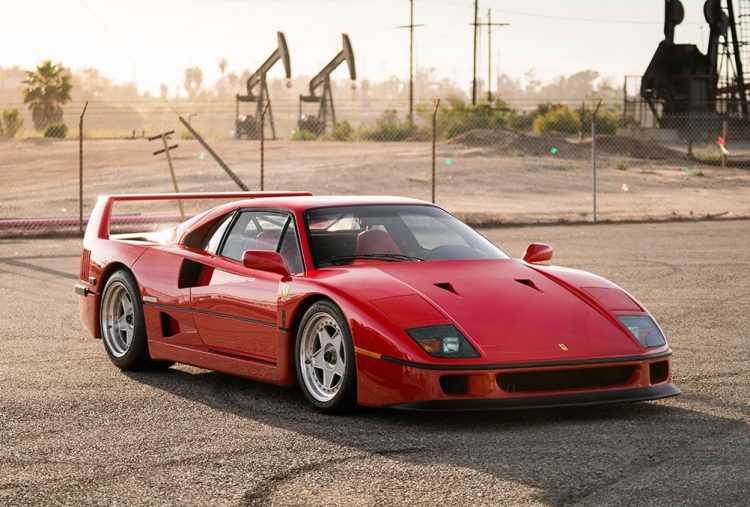 The F40 in question is a U.S.-delivered example, which has just 16,000 miles on the clock (25,760km). It’s been meticulously looked after and had a recent service undertaken by GTO Engineering.

An F40 on its own is a very rare and special sight. However, this one is even more exclusive as it comes with some tuning. There’s a full Tubi exhaust system and aftermarket turbochargers fitted. We’re not sure what level of performance these add, but in standard form the F40 is no slouch.

In the engine compartment, nestled behind the driver and passenger, is a 2.9-litre twin-turbo V8 that produces 352kW and 577Nm. That’s quite a whack, especially for its era and the lack of weight it has to propel.

Thanks to a carbon fibre body and Kevlar components, the F40 only weighs around 1360kg. This means the power-to-weight ratio is insane. Insane enough for it to set a record top speed of 321km/h in its day.

At its recent service at GTO Engineering, the engine received new timing belts, tensioner bearings, and rocker cover gaskets, while the air flow and cylinder balance were set, with new spark plugs added in.

The car is one of just 1311 F40s ever made, and comes uniquely optioned with air-conditioning. It also comes with Michelin Pilot Sport tyres, Ferrari Scuderia guard shields, and red cloth seats.

Interested? RM Sotheby’s indicates a suggested price range of US$900,000-1,100,000. It goes under the hammer at the Santa Monica event on June 24. Head over to the original listing here for more details.