Holden has confirmed it will be introducing the new Astra Sportwagon later this year, complimenting the hatch and sedan range for the popular small car segment. 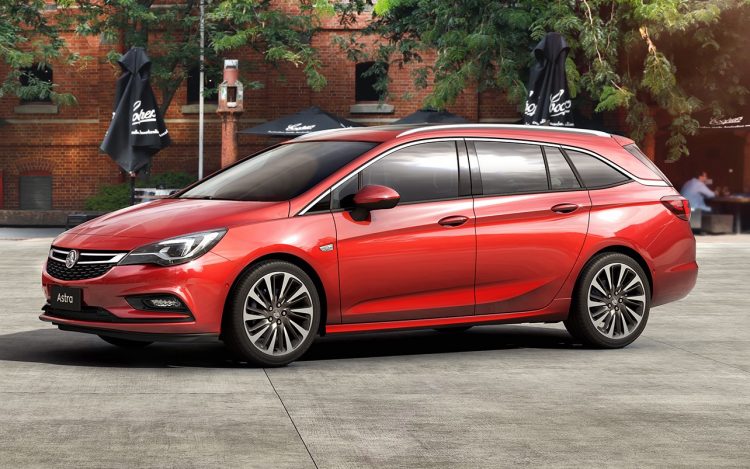 The new Astra Sportwagon boasts over 1600 litres of cargo capacity with the rear seats folded down. This puts it in line with the Golf Wagon and its 1620L capability. Most small cars in this segment are not available in wagon form at all which should give the Astra some advantage.

Holden confirms the Sportwagon will come with the 1.4-litre turbo engine from the rest of the Astra hatch range, paired with a six-speed automatic transmission. It produces 110kW and 240Nm, and offers a 0-100km/h time of around 8.7 seconds as tested in our Astra R hatch review.

As standard, the Astra Sportwagon will come with a range of safety features including automatic emergency braking, lane keep assist, forward collision alert, and a rear-view camera. Other standard highlights will include Apple CarPlay and Android Auto connectivity, along with a touch-screen media interface, hands-free tailgate, and push-button start.

The Astra Sportwagon has been designed and engineered in Germany, and will be produced at GM’s Vauxhall Ellesmere Port plant in the UK. It will come with the same tuning setup as the hatch in Australia, which was co-developed with the Holden team during European test driving.

Pricing and finer details are yet to be confirmed, but it has been locked in for an on sale date in “late 2017”. It will come in as part of Holden’s commitment to introduce 24 new models by 2020, which also includes the next-gen Commodore, the Equinox and the Acadia.