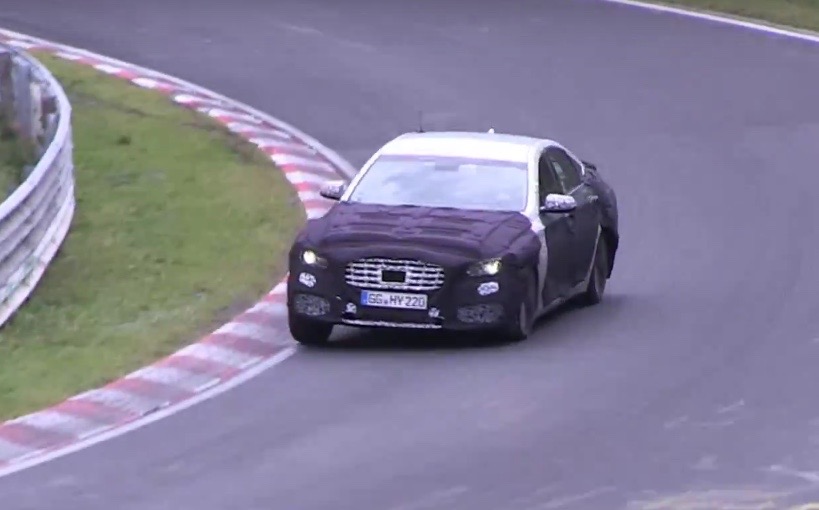 Hyundai has been spotted test driving a prototype version of the facelifted Genesis sedan, which is set to be called the Genesis G80. 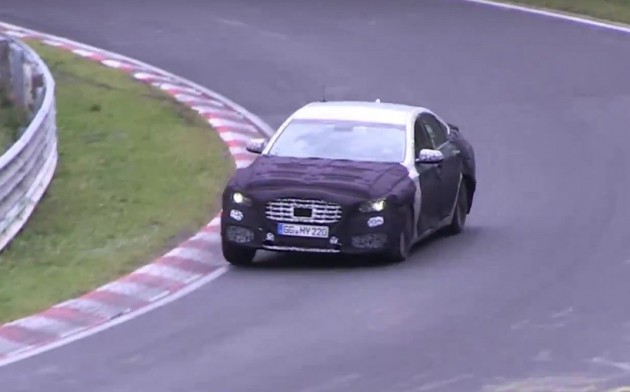 Genesis is now a fully fledged sub-brand within Hyundai, specialising in super-luxurious vehicles. We saw some design sketches of the upcoming G90 a few days ago, which will be the brand’s flagship model.

As for the G80, it’s set to be a facelifted version of the current Hyundai Genesis sedan – the one that’s currently on sale in Australia. The facelift is expected to bring only minor exterior design changes.

Inside is where most of the action is likely to be. According to reports Hyundai, or more accurately Genesis is planning to spruce up the interior and introduce finer quality materials and more advanced gadgets.

In the engine compartment we might also see some changes, with the overseas-only 5.0-litre V8 tipped to be dropped in the name of economy. A new 3.3-litre twin-turbo V6 is known to be in the works at Hyundai’s N performance engineering department. The turbo six might end up replacing both the V8 and the local V6 that Australia gets.

Rumours suggest outputs of up to 350kW for the 3.3, with the potential for detuned versions to spread apart the range. Connected to a velvety eight-speed automatic, fuel consumption could take a healthy dive.

Whatever it ends up entailing, market entry for the new model is slated to take place in the later half of 2016. Click play below for a preview. Hyundai seems to be taking testing pretty seriously on the Nurburgring, fitting the prototype with a decent roll cage structure inside.