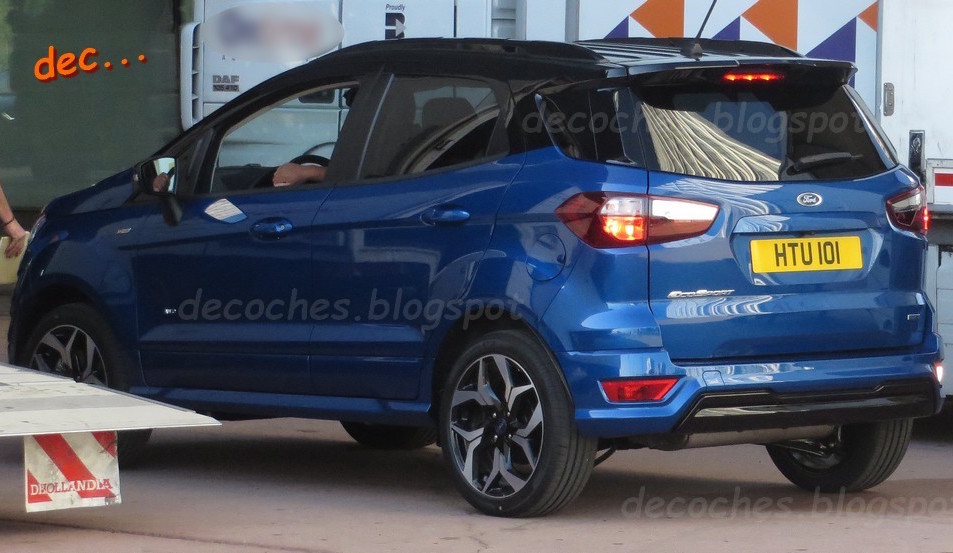 An early pre-production version of the all-new EcoSport ST-Line has been spotted, showing the micro SUV with sporty trimmings for the first time. 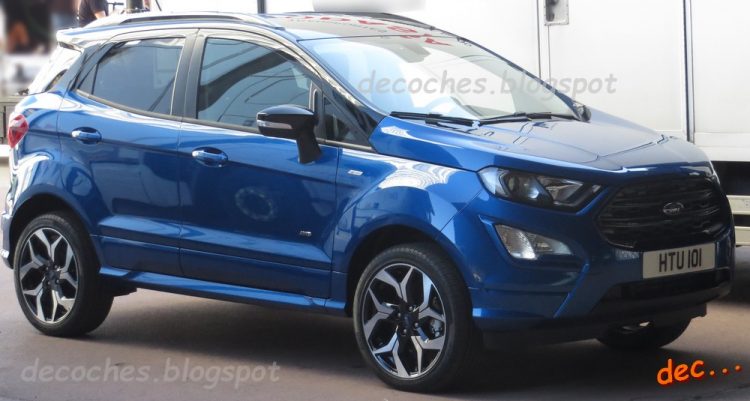 The car was spotted in Spain and quickly snapped and then published online by Decochas. Ford has said in the past that it wants to launch ST-Line packages for most of its models, but we weren’t expecting it for the little EcoSport.

As you can see the ST-Line brings a certain level of street cred to the mini off-roader, with a colour-coded bodykit extending the body lower to the ground, with neat side skirts and a rear spoiler and diffuser giving it a racy look.

There’s also a ‘floating’ roof via the black paint for the pillars and roof, and a set of Fiesta ST-like 18-inch alloy wheels sporting low profile tyres. We’re not sure how much of a negative impact these tyres will have off road, but there’s no doubt they will improve on-road traction and stability.

Overall we think it does give the EcoSport an appealing theme, and pairs nicely with the new-look design which incorporates Ford’s global hexagonal grille design, integrated fog lights for a cleaner look, and muscular wheel arches.

Keeping in mind this is just an “ST-Line” and not a fully-blown ST, no mechanical changes are likely. Instead, it’ll probably stick with the award-winning 1.0-litre EcoBoost turbo three-cylinder that currently develops 92kW and 170Nm (Australian spec).

A full debut will likely take place at the Frankfurt motor show early next month. We’ll keep you updated in regards to a possible Australian arrival. 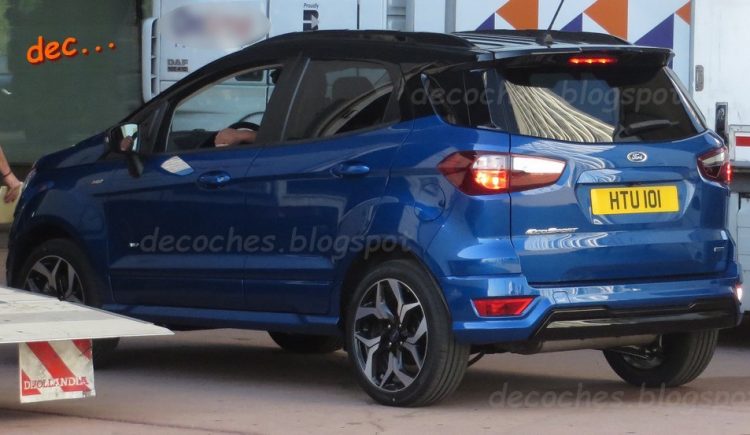