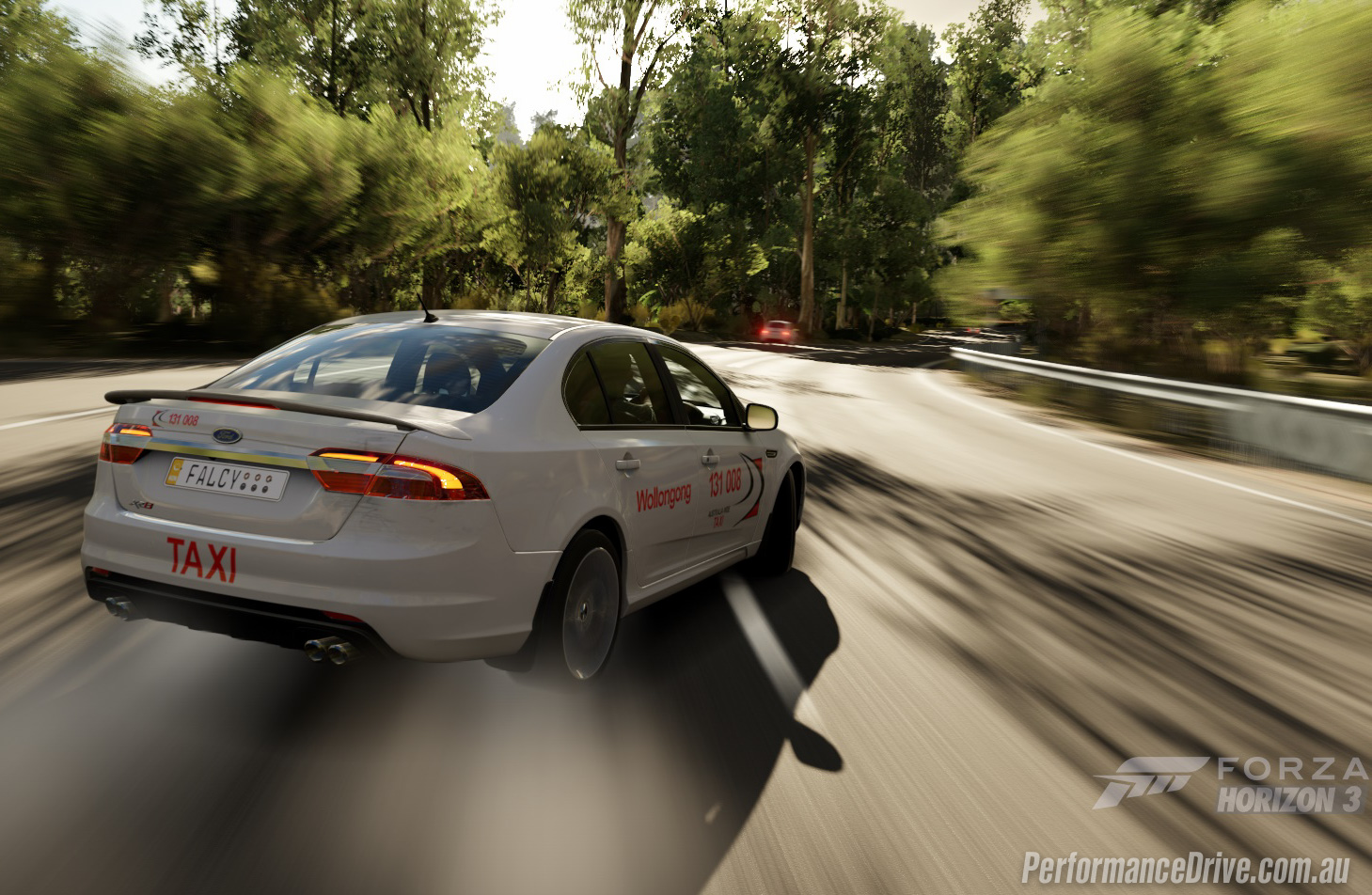 Forza Horizon 3 has finally landed on XBOX One and PC, and PerformanceDrive has accrued several hours of wheel time to give you a taste of this year’s most anticipated racing game. 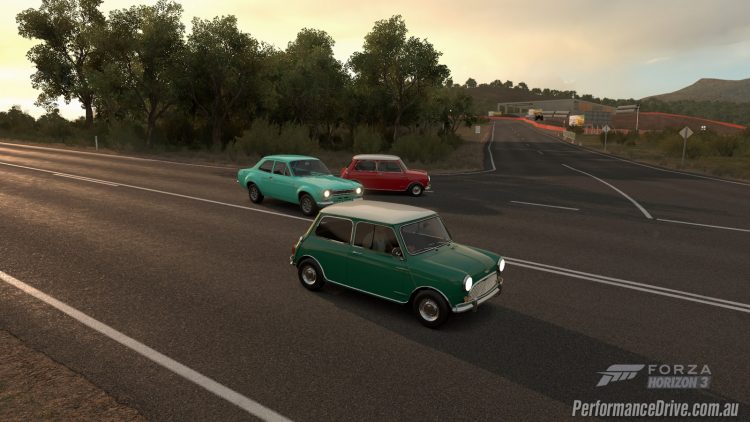 As we’ve already covered, there are over 300 cars to choose from and the primary setting is Australia. Key locations are Byron Bay, Surfers Paradise and the Great Ocean Road. While the scenery itself is a masterpiece recreation of the real thing, the open world style of the game places landmarks in different proximity to each other than they are in real life. For example, Great Ocean Road is above Byron Bay in the game.

Being an open world game, similar to Grand Theft Auto (but without the crime), you have the freedom to roam and pick races with cars. This is a large part of the online component as well.

The main theme of the game, like Horizon 1 and 2 is the festival aspect. These festivals include driving activities, music and fanfare, with the latter helping you progress through the game. 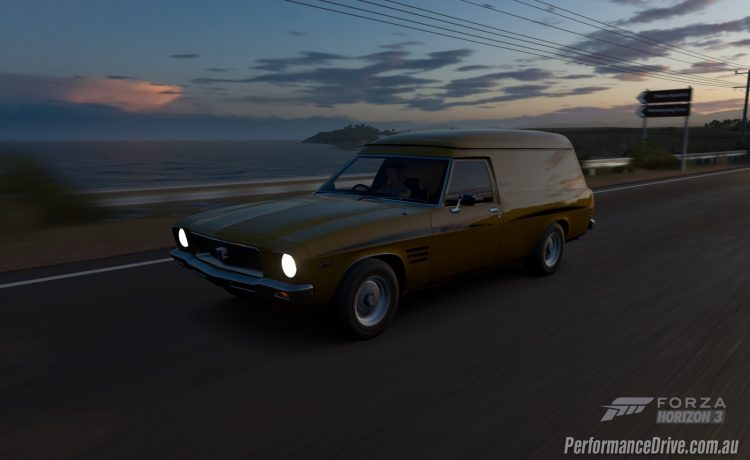 Speaking of progression, it is easy to do and you quickly get an opportunity to drive an array of different cars from different genres. A smorgasboard of Australian cars is a bonus too.

Off-roaders, classics, exotics, oddball cars; whatever your flavour, chances are its covered here. The activities are varied and interesting enough to keep anyone engaged.

What makes this game so special though, is the way the vehicles interact with the scenery, such as the movement of water and shadows. The wheely bins and road signs interspersed between Australian-style housing plus flora and faunae add a level of familiarity and spectacle which sets new standards for a car game. 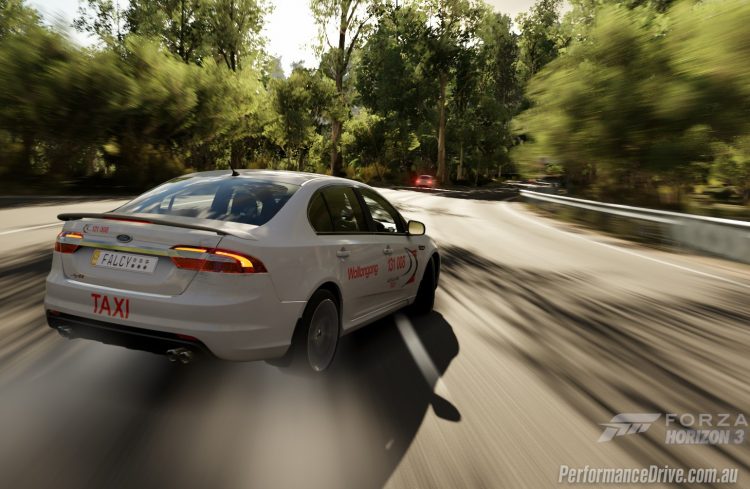 New standards for car customisation too, with access to the online community granting you even more options. For example, we tailored our Ford Falcon XR8 to look like an old cab, while our BMW Isetta is a four-wheeled rolling Pikachu. Mechanical and aesthetic upgrades are seemingly limitless.

The driving physics are for the most part faultless and easy to master, especially with drifting. It might not be up to the same level as Gran Turismo for realistic simulation, feedback and physics but it’s more than good enough. 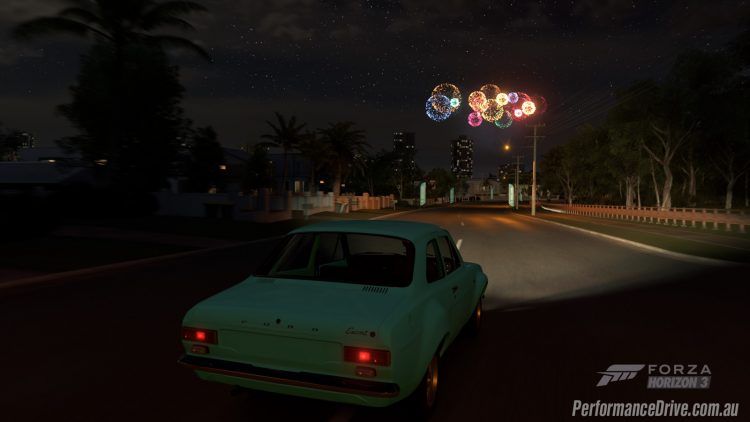 At any stage during your driving, you can photograph your car at any moment in crisp clarity. It even has a drone mode.

It seems like they’ve thought of everything and this game with a backdrop of Australian motoring culture, blended in with some of the world’s finest and most interesting vehicles.

There is more DLC (downloadable content) on the way to keep the game fresh, but please, Turn 10, change the ICC graphics on the XR8 from the FPV ones. To notice a minor flaw like that (as well as the fact it doesn’t auto-recognise make/model when you share pictures of a car) is testament to the attention to detail demonstrated in the rest of the game.