Porsche has been spotted testing at least two 2013 Porsche 911 GT3 (991) prototypes out on the streets with almost zero disguise. The video below provides very up close images of the new model, revealing some of the finer details. 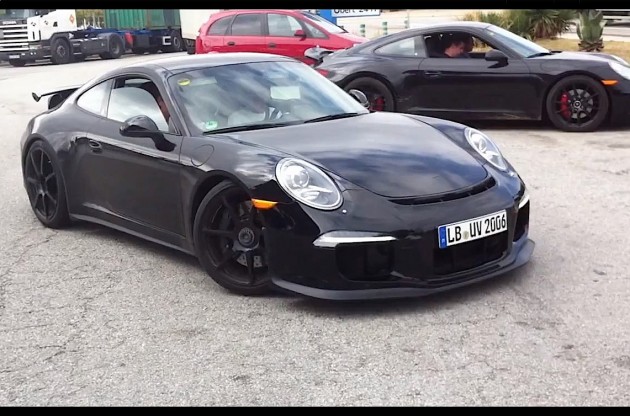 As you can see, the 991 2013 Porsche 911 GT3 will showcase a chunky full-extension aerodynamics kit compared with the normal Carrera. At the back the rear bumper appears to be very full, encompassing the trademark twin central outlet exhausts poking through underneath.

Although these prototypes are relatively undisguised, there seems to be a panel with sheeting around the corners of the rear bumper bar. This could conceal a new heat-extracting vent layout like what is seen on the current 997 GT3. 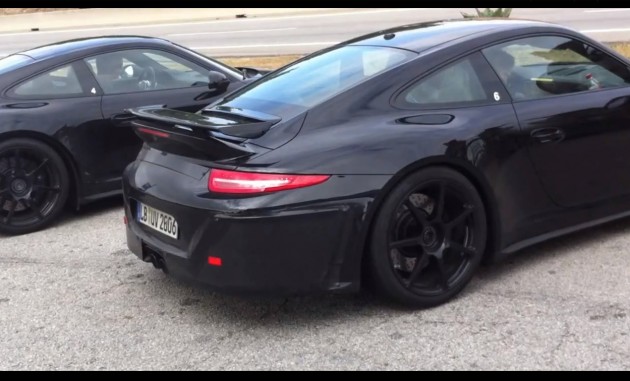 A twin-plane rear wing is fully exposed, showing a similar design to what is seen on the current/outgoing 997 911 Turbo. We also get a glimpse of the new three-tier engine cover.

At the front it’s all about being aggressive and purposeful. There’s a low front spoiler to scoop air over the car, while there’s also a set of daytime running lights – as per compliance with new Euro regulations now in place – with LEDs, and three deep big air intakes within the front bumper bar.

The final prototype to drive past appears to be of a toned down 911 GT3 of some kind, possibly an upcoming sport pack for the Carrera, or simply a GT3 prototype wearing a more simple 911 body for disguise purposes. 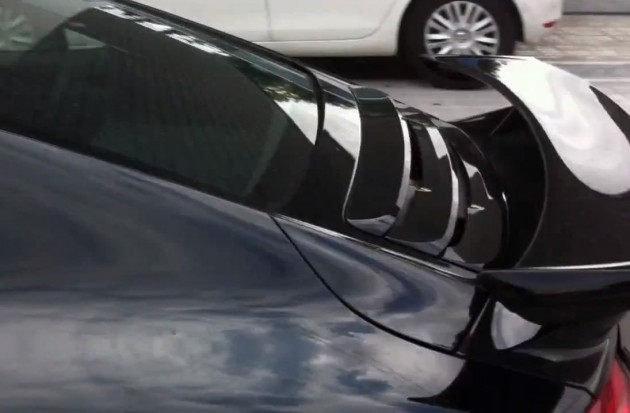 Engine details for the new model are still unclear at this stage. According to international reports the new model is set to feature a tuned version of the 3.8-litre naturally aspirated flat six producing around 350kW.

Power will be sent to the rear wheels, potentially through either a seven-speed manual transmission or a PDK dual-clutch auto. There are rumours floating around at the moment suggesting that Porsche is considering launching the new GT3 in PDK-only form. Official confirmation is yet to be made though.

Click play below to check out the prototypes for yourself. The new model is expected to be unveiled later this year before hitting international markets in 2013.