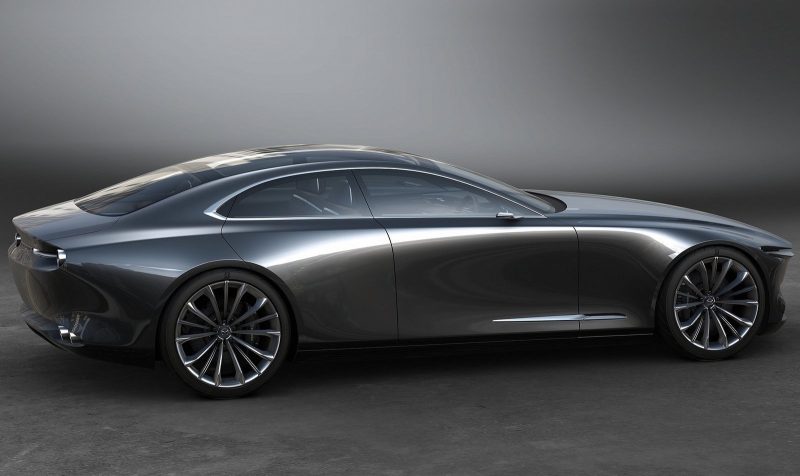 The next-gen Mazda6 will reportedly switch to a rear-wheel drive layout and even adopt an inline-six engine configuration for the first time, switching from the current front-wheel drive, four-cylinder layout. This would, no doubt, go down very well with traditional sedan enthusiasts. 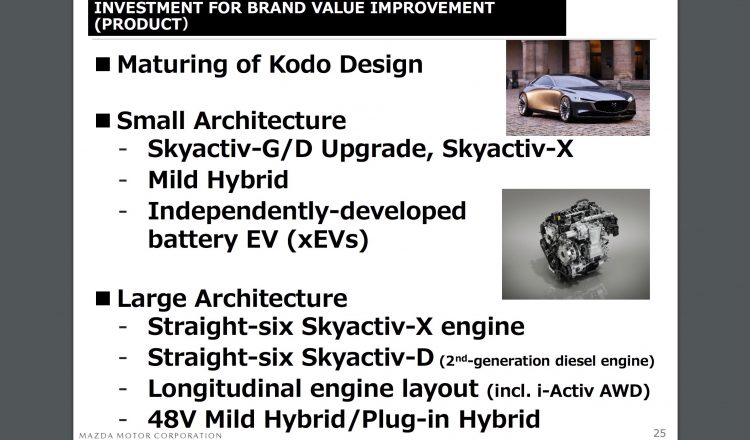 According to a recent Car and Driver report Mazda is preparing the next-gen Mazda6 to be underpinned by the company’s all-new longitudinal-based large architecture. We first heard about this platform in a comprehensive presentation document outlining Mazda’s performance for the 2019 fiscal year.

In May last year it clearly expressed interest in a plan to develop two new architectures, small and large, with the latter to feature both an inline-six Skyactiv-X petrol engine and an inline-six Skyactiv-D diesel engine. These will be arranged in a longitudinal manner, offering all-wheel drive compatibility, along with support for 48V mild and full plug-in hybrid technology.

Specific details on these engines are yet to be finalised, at least not to a point where Mazda wants to cement anything in. With Skyactiv-X, which is Mazda’s new sparkless ignition technology, the inline-six petrol could produce anywhere from around 220kW and up to 300kW. A higher output would no doubt be supported by forced induction, such as a supercharger like on the Skyactiv-X four-cylinder featured in the latest Mazda3.

With a powerful inline-six and rear-wheel drive, Mazda could be looking to swipe some sales from some of the reputable premium mid-size sedans from Europe. Even the lower-rung offerings, like the Infiniti Q50 and Genesis G70, could be a target point. If the latest Mazda3 is anything to judge by this could certainly be the case. Mazda has pitched the latest 3 as a more premium proposition in its segment, particularly in terms of design, material quality, and high-tech features compared with the predecessor.

Mazda isn’t likely to develop a brand new large vehicle architecture for just one model line, either. We’d predict the next CX-9 to also adopt the layout, along with the inline-six engines. At the moment the CX-9 is only available with a 2.5-litre turbo-petrol four-cylinder that develops 170kW and 420Nm. This powertrain is also available in the current Mazda6 but with front drive only. 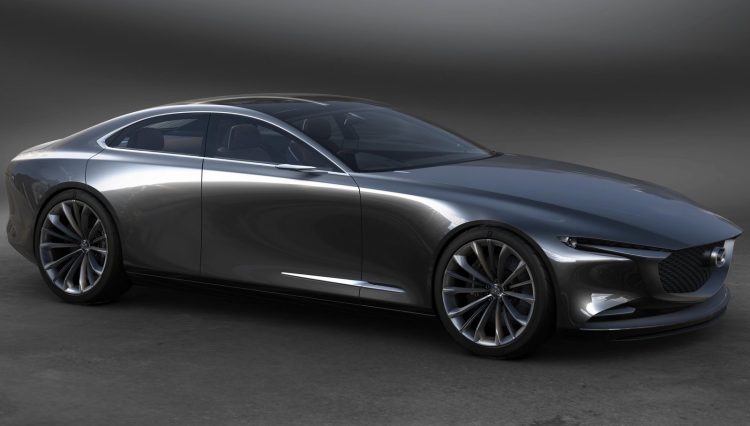 There’s also been rumours of an ‘RX-9’ style sports car on the way which could also adopt the new platform and interesting six-cylinder engines. This could come in as something of a rival to the Toyota Supra, which of course uses inline-six power as well.

The North American publication says the next-generation Mazda6 will go on sale by the end of 2022. However, a debut is likely to take place before that. The model is expected to take plenty of design inspiration from the Vision Coupe concept car that was revealed in 2017 (pictured above).