Due to popular feedback, Porsche is seriously considering putting the Porsche Sport Turismo Concept into production. The striking concept would form a Porsche Panamera wagon of sorts. 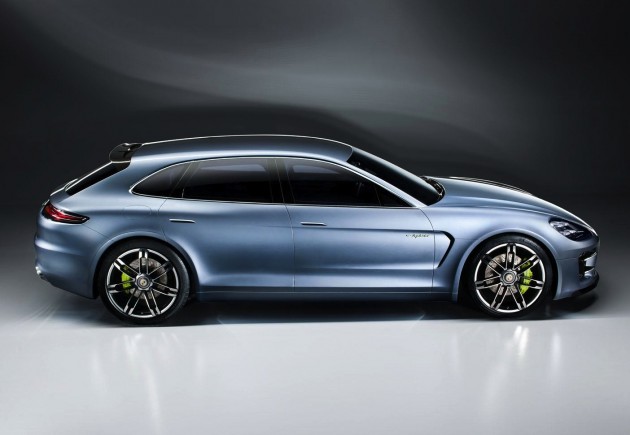 Porsche pulled the wraps of the Sport Turismo at the 2012 Paris Motor Show, currently underway. Since the unveiling the German company says it has received lots of positive feedback.

Porsche AG board member Bernhard Maier said in a recent Automative News report that ” it is getting more likely that we will do such a car”. He said that customer clinics are being planned for the US and China.

The Panamera wagon would provide Porsche with a rival to cars like the Mercedes-Benz CLS Shooting Brake and the Jaguar XF Sportbrake, both set to hit the Aussie market early next year. Maiers said,

“We will offer it to people who spend leisure time with children and sports but at the same time want a sportier car.”

Like the concept version, the Panamera wagon is likely to come with a plug-in hybrid powertrain, at least as an option. Other powerplants from the Panamera range are also likely.

Timing for the new model hasn’t been mentioned. We’ll be sure to keep you updated though, as this is set to be one super-cool wagon.