The all-new flagship Porsche is getting near. Details on the first Porsche 918 Spyder prototypes have been released, including specifications and some inspiring images. 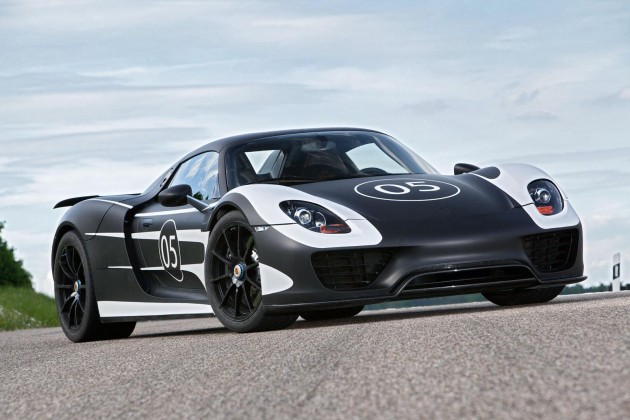 Wearing a kind of camouflage wrap, the Porsche 918 Spyder prototype looks quite stunning. You can easily make out the body shape, with huge rear haunches dominating most of the rear end styling. There’s also a flat nose in true textbook supercar layout, with plenty of air intakes and low-profile designs.

The eventual production version is set to feature a hybrid powertrain similar to, if not the same as, what is used to power the prototypes. It consists of a 4.6-litre V8 engine producing 419kW of power on its own, while a front electric motor system adds a further 80kW, and a rear electric motor adds another 90kW. 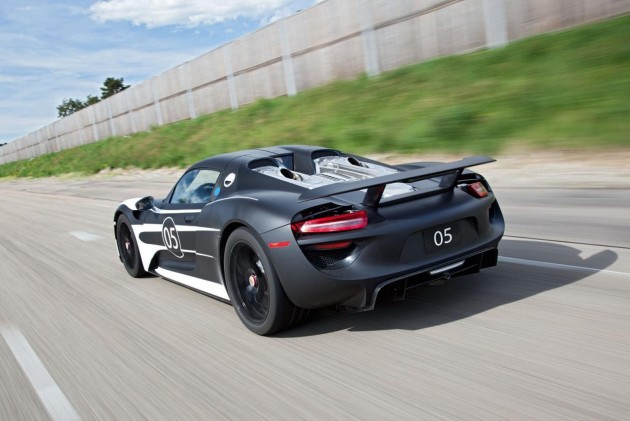 It doesn’t take a maths expert to realise this is going to be one super-quick supercar. Acceleration from 0-100km/h is said to take just 3.0 seconds, while average fuel economy is around 3.0L/100km. Yep, the perfect car; 3.0 and 3.0. As Wolfgang Hatz, member of the board at Porsche AG, puts it,

“What we are doing with the 918 Spyder is redefining driving fun, efficiency and performance.”

The 918 Spyder will sort of become a replacement to the Porsche Carrera GT. It will be made mostly of carbon fibre, and feature fully adaptive aerodynamics, adaptive rear-wheel steering, and an “upward-venting top pipes” exhaust setup.

Production is set to take place during the third quarter of 2013, with market entry following shortly after. Pricing is still to be mentioned.