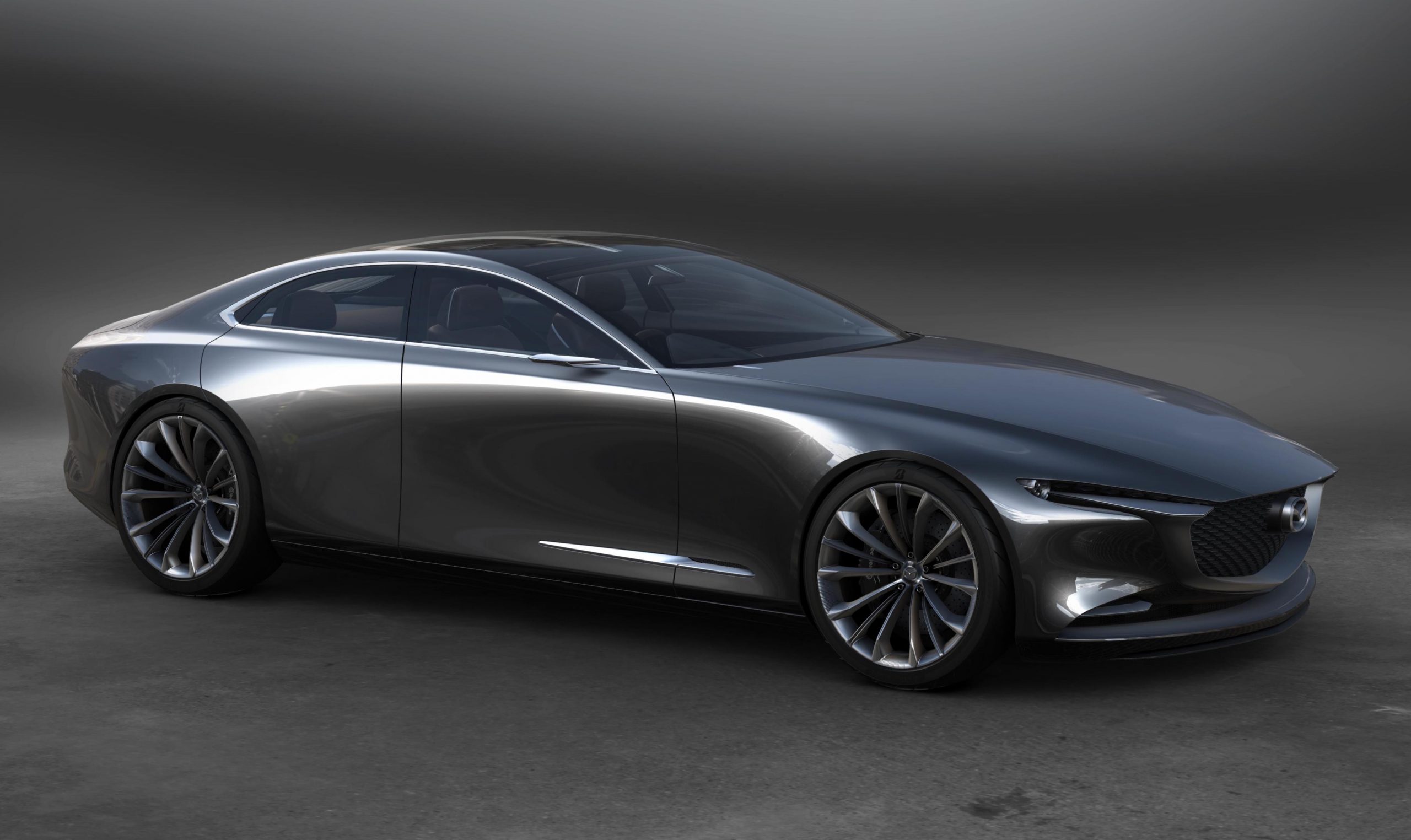 Coinciding with the reveal of the Mazda Kai concept that’s set to preview the next-gen Mazda3, Mazda has also spilled some details and imagery of its Vision Coupe concept that will make its formal debut at the Tokyo motor show this week. 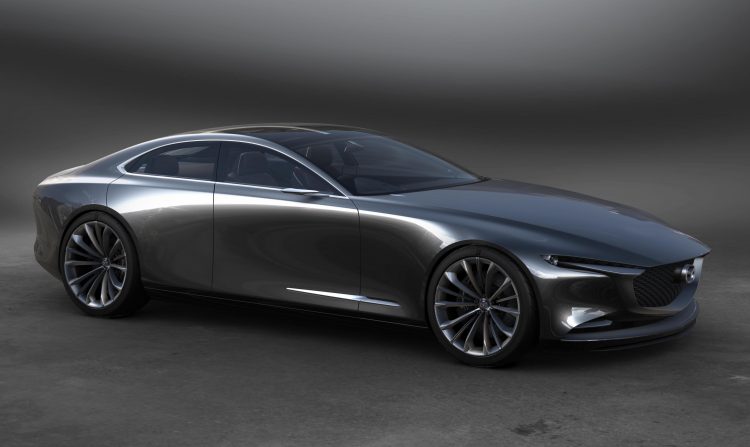 The Vision Coupe concept demonstrates a “more mature expression of Kodo” design language, Mazda says, previewing a design vision for its next-generation models. According to the company the concept features a “one motion” form whereby all panels merge with each other to create a sense of speed.

Of course, being a four-door sedan-like concept, we suspect this will preview the next-generation Mazda6 in the next year or so. We’re not sure the shark-nose front grille and bonnet line will pass pedestrian safety standards, so it will probably be altered for the production car, and obviously the big wheels and camera side mirrors aren’t likely to see showrooms any time soon. However, the overall design certainly has potential to give the next Mazda6 a really classy look.

We also get a look at the sensual interior. It appears to blend a mix of tradition, with the wood trimmings and encased instrument dials, along with modernity in the clean and hidden approach for the infotainment unit in the dash. We love the thin-rimmed three-spoke steering wheel too.

No technical details have been announced for the Vision Coupe concept at this stage, but judging by the neat quad-outlet exhausts the car is at least aspirational toward performance. Who knows, maybe Mazda will bring out an MPS version of the Mazda6 again? Stay tuned for the full details at the Tokyo show late this week. 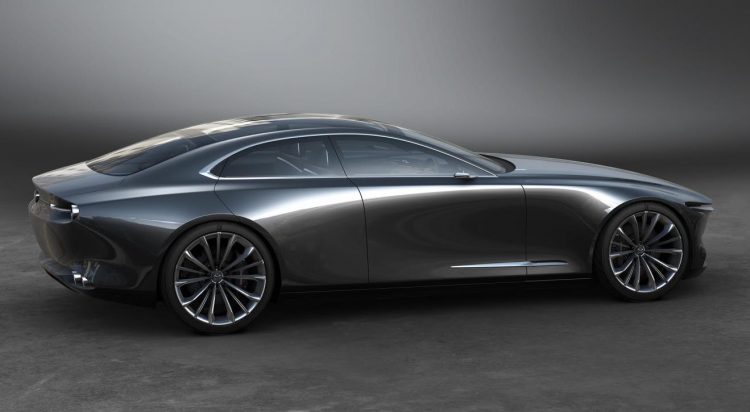