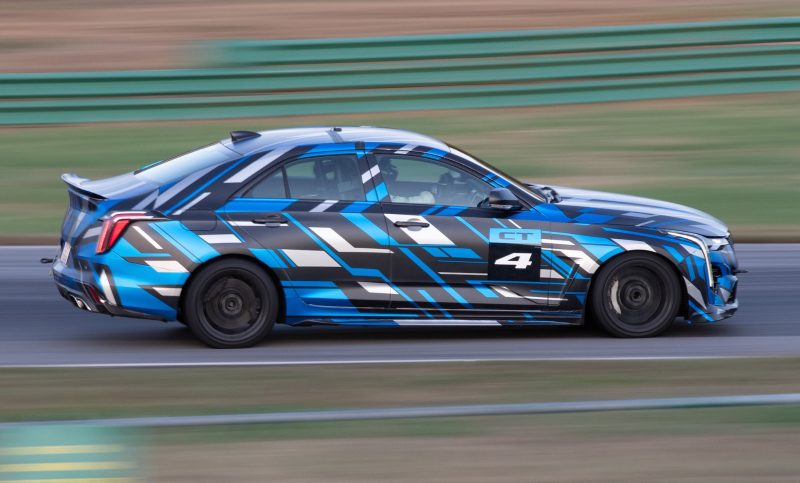 GM’s luxury brand Cadillac has announced plans to revive the Blackwing name with a pair of high-performance sedans, based on the 2020 CT4-V and CT5-V. 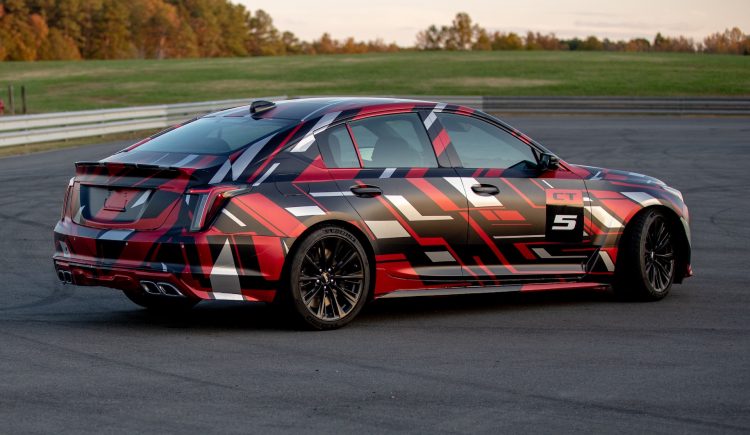 Although not fully revealed at this stage, Cadillac confirms it will soon be introducing two “track-capable” models called the CT4-V Blackwing and CT5-V Blackwing. These will become the new top-rung performance models from the brand. Speaking about them, Brandon Vivian, Cadillac executive chief engineer, said:

“The Blackwing name has come to represent the very best of Cadillac performance engineering, craftsmanship and technology. The new CT4-V Blackwing and CT5-V Blackwing build on the brand’s respected legacy of ultimate-performance driving experiences and elevate them even further.” 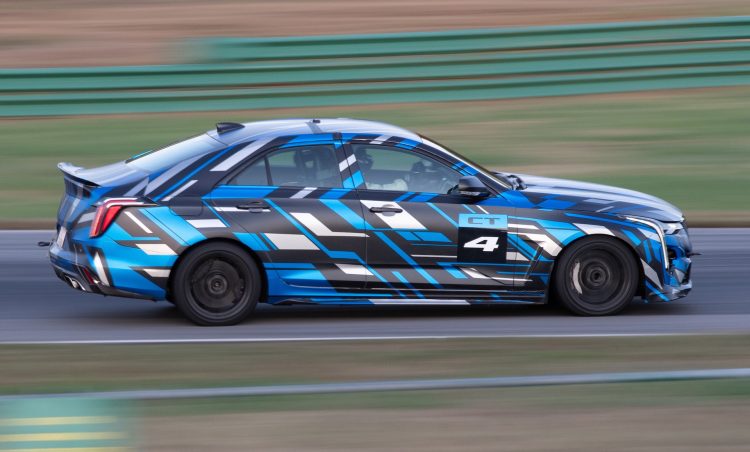 Cadillac says the models will feature a specially-tuned chassis and suspension, with control technologies likely to provide the driver with some versatility. The engines will also be tuned, although to what extent is unconfirmed. A manual transmission will be available.

The company has sent out some teaser images of the vehicles, dressed in psychedelic prototype camouflage. On the CT4-V Blackwing prototype it is clear to see the model will feature huge brakes with what appears to be six-piston calipers on the front, while quad outlet exhausts are a given, along with spoilers and a small wing for the rear. 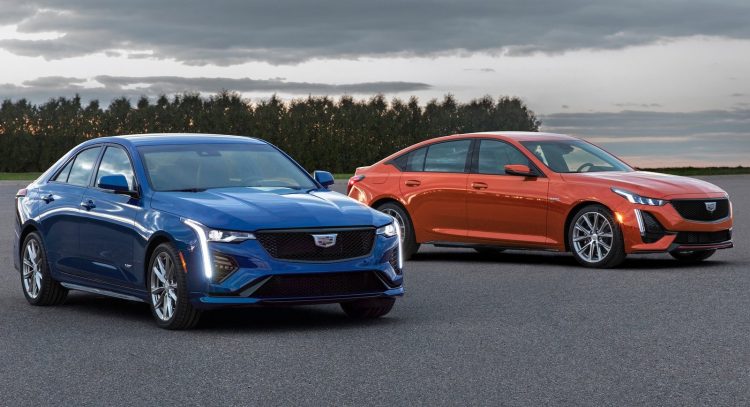 In standard form (above, blue) the CT4-V uses a 2.7-litre turbo V6 that produces around 239kW. It’s matched to a 10-speed auto. Over in the standard 2020 CT5-V (above, orange) is a 3.0-litre twin-turbo V6 that develops 265kW, also matched to a 10-speed auto. Rumours suggest the Blackwing badge will introduce a 3.6-litre twin-turbo producing over 300kW, and a 6.2-litre supercharged V8 developing around 450kW, respectively.

These will be produced in limited numbers only, Cadillac says, with more info to be released at “a later date”.