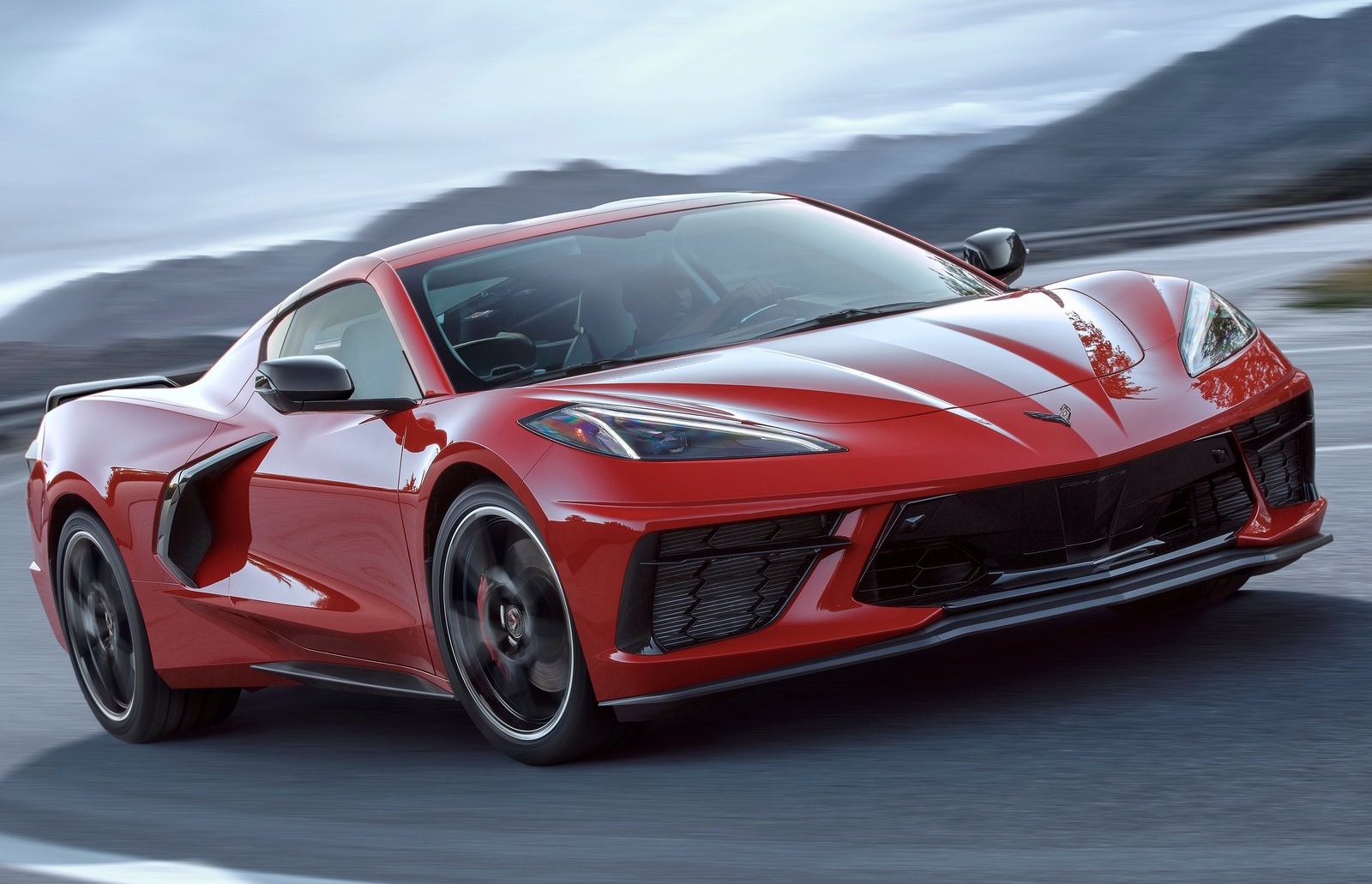 This is it. The all-new 2020 Chevrolet Corvette Stingray C8 muscle car. It drops its long-held tradition of being front-engined with rear-wheel drive, and instead turns to a supercar-like mid-engined layout with rear-wheel drive. Best yet, it is confirmed it will go on sale in Australia via the Holden division. 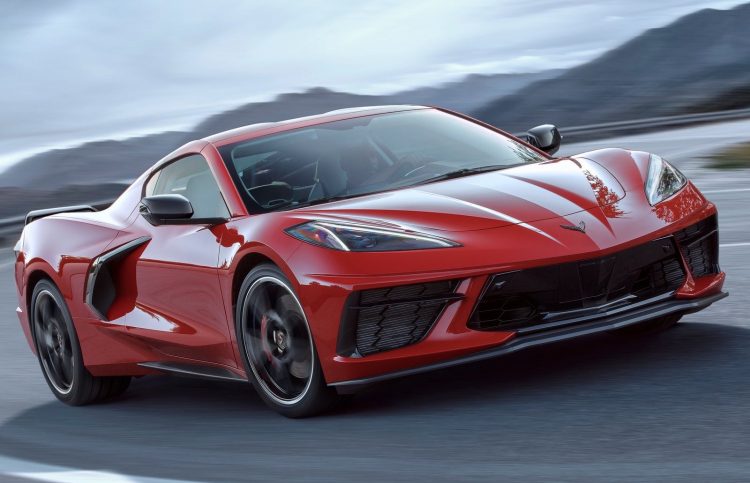 As you might have expected, this is the most technically advanced and most dynamic Corvette ever. It features a range of new technologies, including a fast-changing eight-speed dual-clutch automatic transmission, advanced coil-over suspension, and plenty of gizmos inside.

Starting with the design, you can easily spot the new model thanks to its long, drawn-out tail. The wheelbase is stretched from 2710mm to 2723mm, and the body overall is lengthened from 4493mm to 4630mm compared with the outgoing model. Overall height has been dropped by 5mm for an even lower profile.

Due to the increase in dimensions, as well as more tech jammed in, the 2020 Corvette is a bit heavier than the predecessor. It weighs 1527kg, which is up from 1496kg. That’s not much and it is compensated by an increase in engine power. In fact, the performance is improved significantly. 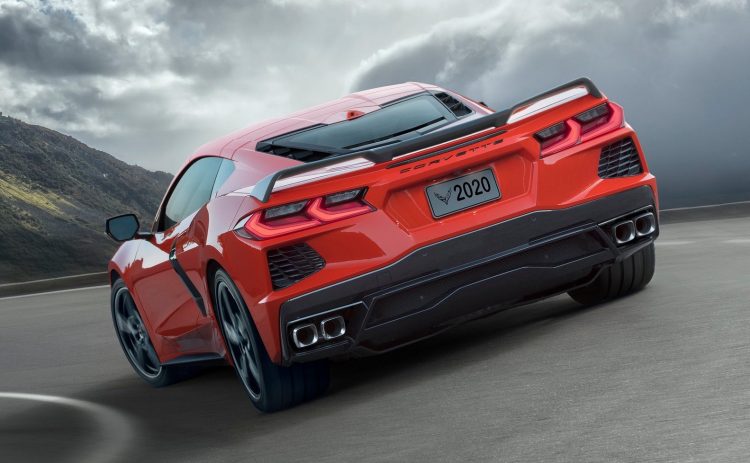 In the engine compartment sits an ‘LT2’ 6.2-litre naturally aspirated V8 that produces an impressive 369kW (495hp) and 637Nm. With the optional performance package Chevrolet says acceleration from 0-60mph (97km/h) is possible in under 3.0 seconds. We assume this is with the new, Tremec-based eight-speed dual-clutch automatic. This makes it the quickest base-spec Corvette ever.

It’s not just about straight-line speed, though. Chevrolet engineers have devised a completely new suspension system for the C8, incorporating coilover dampers. This is a big advance on the outgoing mono leaf spring rear suspension layout. Also new is a ride height raising function that can lift the car by about 38mm to clear driveways and so on.

Chevrolet has built the new model under a construction method it calls Bedford Six. This consists of mixed materials used to make up the vehicle, with six main die-cast aluminium components that minimise the number of joints, resulting in a stiffer and lighter weight platform. 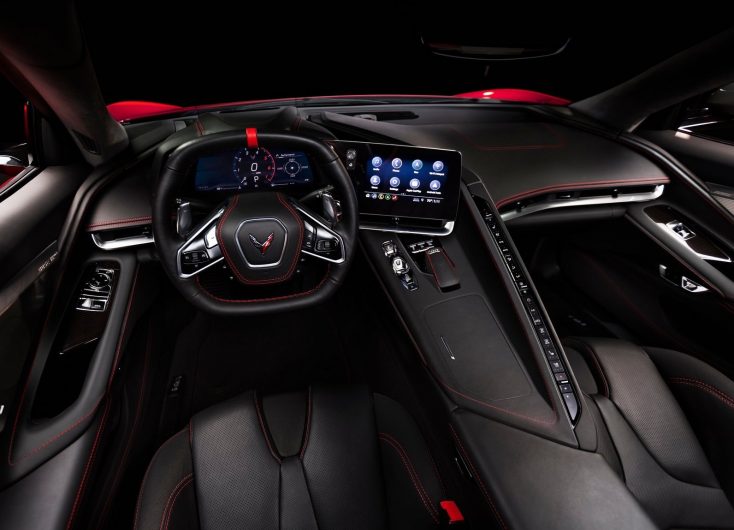 Speaking of lightweight. The front and rear tubs and the dashboard are made from fibreglass and proprietary resin. Chevrolet says the material is light enough to float in water. There’s also a carbon fibre rear bumper bar beam, and other lightweight measures such as a new electric steering system and all-new electronic architecture to keep mass down to a minimum.

Keeping in mind this is only the entry model, there will be performance variants to come in the near future. The flagship of which is expected to come with a revised version of Cadillac’s new twin-turbo V8 ‘Blackwing’ engine, which could produce well over 500kW.

The biggest news of the new model though is the confirmation that it will be produced in right-hand drive, and Holden Australia has confirmed it will be launching the muscle car (supercar?) in local showrooms. It’s expected to arrive within the next couple of years. Holden chairman and managing director, Dave Buttner, said in statement:

“The news that Corvette will now be built in right-hand-drive for the first time ever – and will be exported to Australia – is hugely exciting for our team at Holden and any Australian who loves high performance cars. With our long history in motor-racing, performance vehicles are an indelible part of the Holden brand. Our team is totally revved up to build on Holden’s performance legacy with the most technologically advanced Corvette ever built.”