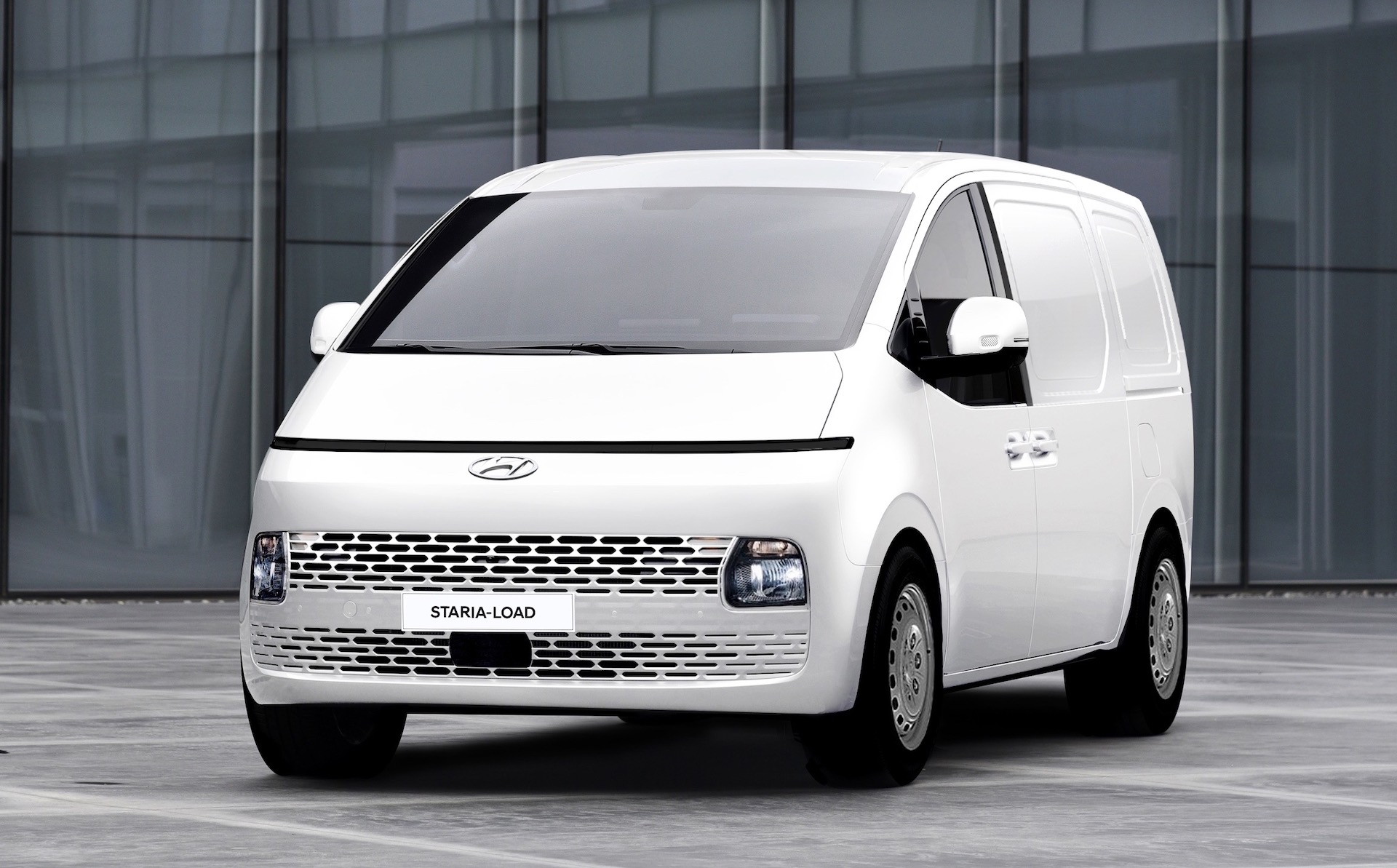 Following the launch of the futuristic new Hyundai Staria people-mover, the local arm has today confirmed details for the commercial sibling, called the 2022 Staria-Load. 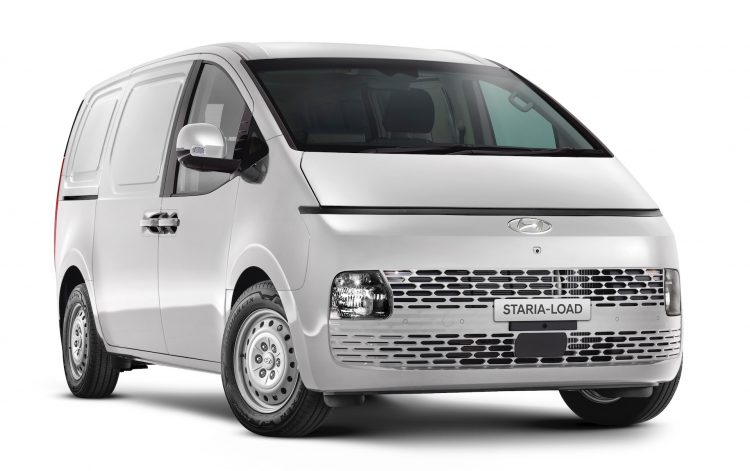 Firstly, yep, that Robocop face is carried over, with unique pixel-like taillights and smooth panel contours. The new model is being introduced in two- and five-seat configuration, with options for liftback or twin-swing tailgates. All variations are powered by a similar 2.2-litre turbo-diesel four-cylinder engine as the outgoing iLoad, developing 130kW and 430Nm (changed from 125kW/441Nm).

However, unlike the iLoad, the Staria-Load is front-wheel drive. It also features an eight-speed automatic for the first time, replacing the old five-speed auto. Despite the shift to FWD, the new model offers a braked towing capacity of 2500kg, up from 1500kg, while the official average fuel consumption drops hugely, from 8.8L/100km to 7.0L/100km. The official average emissions also drops significantly, from 231g/km to 183g/km. 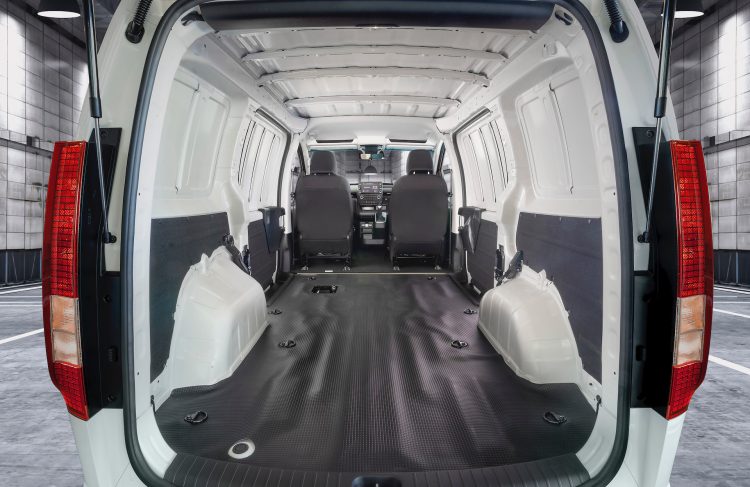 The new model is based on the company’s N3 platform, which also underpins the latest Santa Fe. Hyundai says this newer layout helps to improve rigidity and safety. It’s also lighter in weight. Perhaps more importantly, the new platform brings in larger dimensions and capacities. 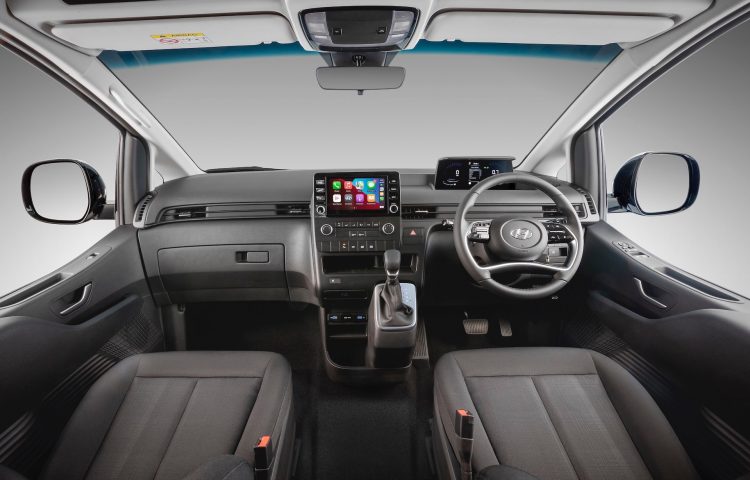 Other highlights include an 8.0-inch touch-screen inside with wireless Android Auto and Apple CarPlay, a 4.2-inch digital driver’s display, auto headlights, tyre pressure monitoring, and a wireless phone charger. It also rides on 17-inch steel wheels and comes with a full-size spare.

Hyundai says the new model goes on sale this month, with prices starting from the following (excluding on-road costs):