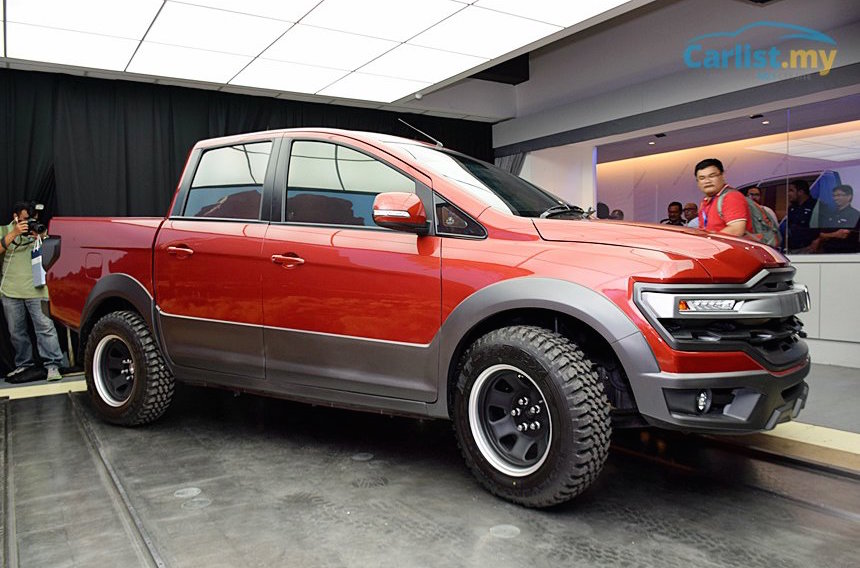 Proton has revealed a surprising dual-cab pickup ute concept at the 2015 Alami Proton Carnival in Malaysia, giving us a possible glimpse into the company’s future direction. 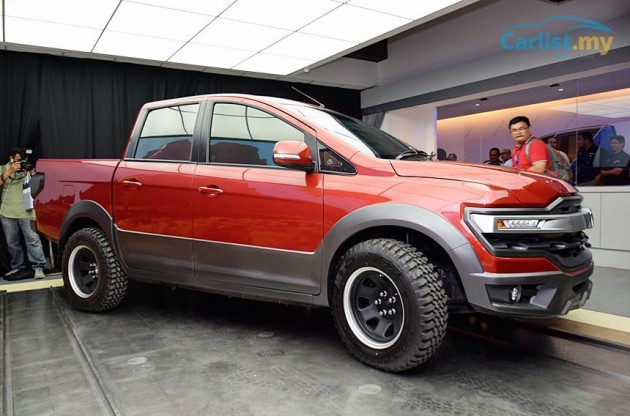 These photos, taken by Carlist.my, show the passenger compartment is based on the Exora people mover, as evident by the cab-forward profile and small A-pillar window.

It makes sense to draw upon those ultra-tough versions of quintessential American trucks, as it adds a layer of toughness to put it in the HiLux and Ranger playground, despite lacking their ladder-frame chassis layout. Proton is obviously seeking to tap into the recreational aspect of that market, rather than the workhorse side of things. It will be interesting to see if it maintains this approach should the pickup truck concept reach production.

Moving to the back, we can see a plastic garnish, also reminiscent of the Raptor, plus a chequerplate step, inset taillights and plenty of character lines. The rear suspension layout is unclear – the Exora is front-wheel drive with torsion beam rear axle.

Proton’s last utility was the Jumbuck. It was a compact pickup in the vein of Subaru’s Brumby, based on a 1990s Mitsubishi Lancer platform and notoriously scoring a one-star ANCAP safety rating before being discontinued.

Proton’s sales in Australia have been less than stellar of late, but the company has produced some memorable vehicles, such as the Satria GTi of the 1990s. With the company still tied to Lotus, this car could be just the thing to win back the hearts and minds of Aussies, if well executed. 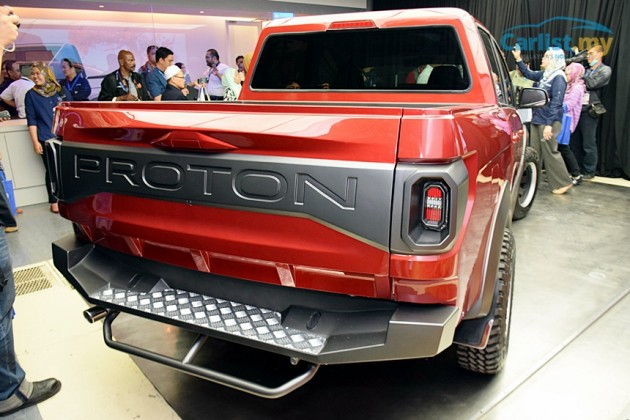