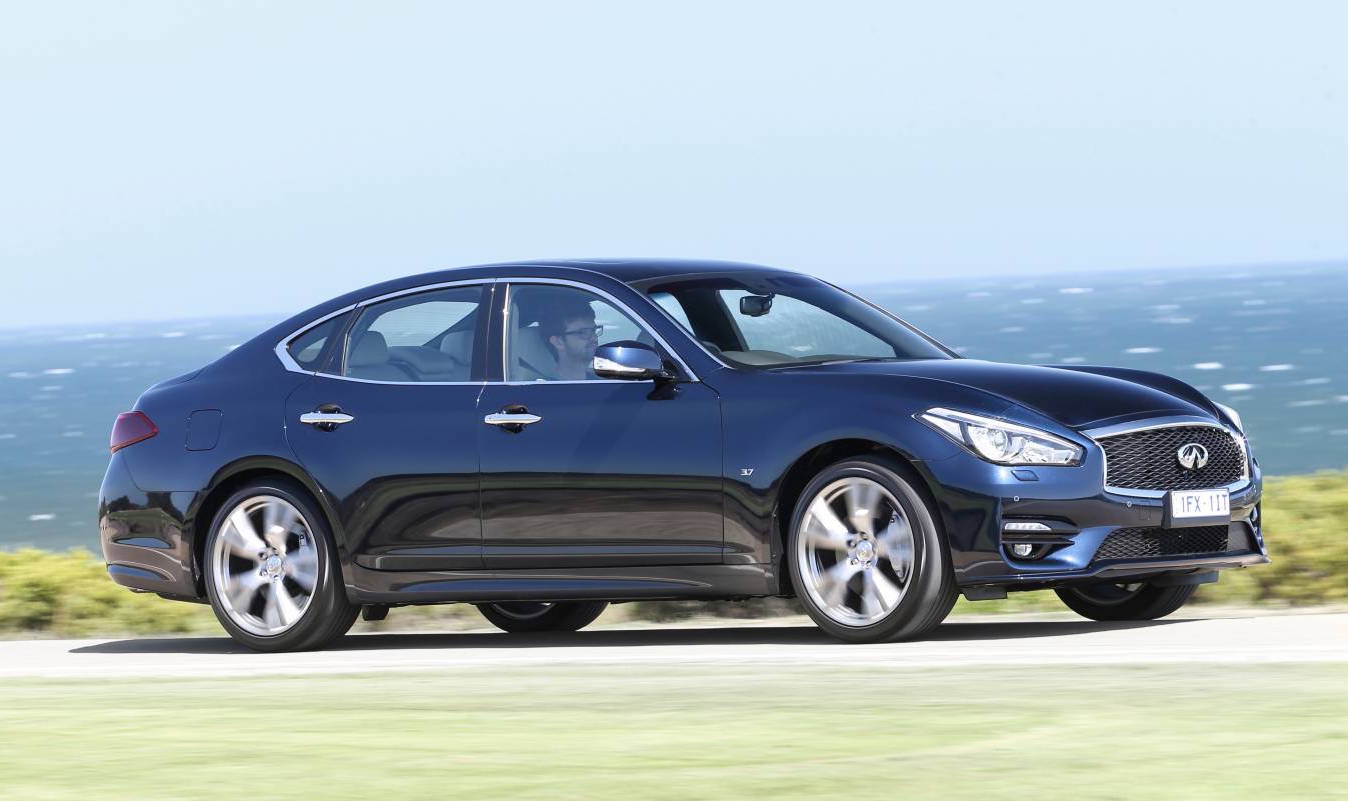 The 2016 Infiniti Q70 large sedan has arrived in Australia, bringing updated styling, more standard equipment yet prices are carried over from the previous model. 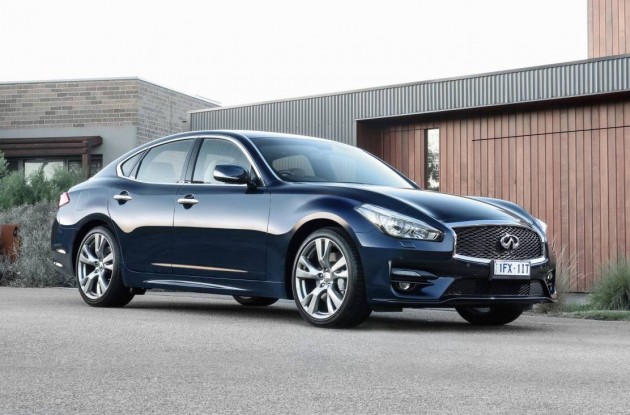 In terms of visual attraction, the new Q70 takes on the company’s latest design language and gets a new front end and grille treatment, updated rear end, and all-new LED headlights and taillights.

For 3.7-litre V6 customers, the engine produces 235kW and 360Nm, and is matched to a seven-speed automatic with rear-wheel drive. Acceleration from 0-100km/h takes 6.2 seconds, and the fuel consumption is rated at 10.2L/100km in the GT and 10.8L/100km in the slightly heavier Sports Premium.

As for the GT Premium, it comes with a 3.5-litre V6 paired to an electric motor system. The V6 churns out 225kW while the electric motor adds 50kW. Combined, the system offers 268kW and 546Nm. This is also sent through a seven-speed auto and into a rear-wheel drive system. Acceleration from 0-100km/h comes up in 5.3 seconds, while fuel economy is rated at 6.9L/100km. 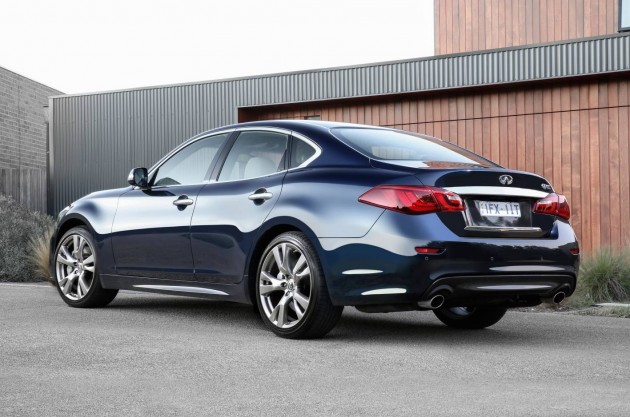 Mechanically, going for the top Sports Premium gets you larger brakes measuring 355mm (up from 320mm in the others), clamped by four-piston front calipers and two-piston rear calipers (up from two and two). These sit inside 20-inch alloy wheels (up from 18s). There’s also four-wheel steering, and a bespoke sports suspension tune not fitted to any other variant.

New for the model update is an around-view monitor and adaptive headlights for GT Premium and Sports Premium models, a 10-speaker Bose sound system for the base model GT, and Infiniti’s Safety Shield suite for the GT Premium and above that adds technologies like backup collision intervention, forward emergency braking, and blind-spot warning and lane-departure prevention.