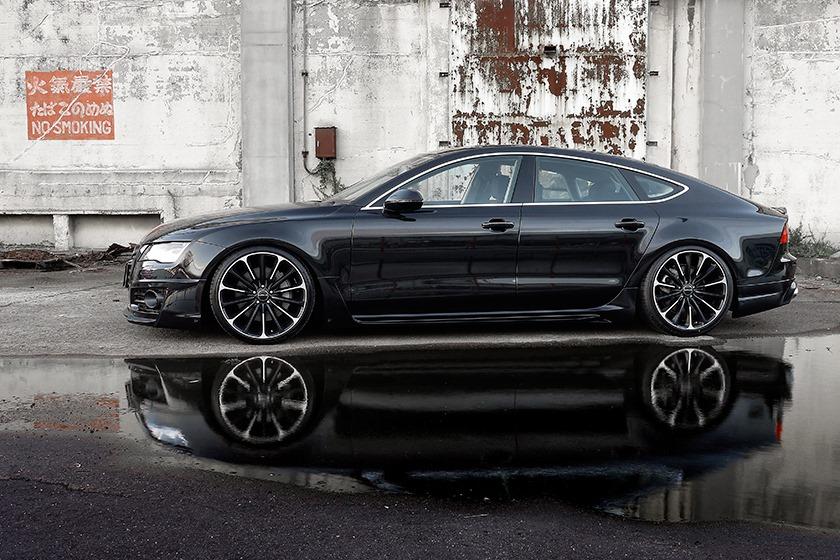 How’s this for a VIP-style Audi? It’s a new styling package for the Audi A7 Sportback developed by Wald International, the company renowned for Lexus and Toyota kits. 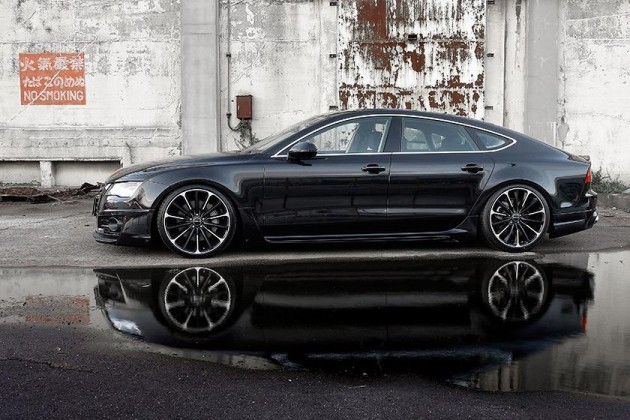 The Audi A7 Sportback is already a sleek-looking machine, showcasing the fashionable new four-door coupe layout. It can be had in ‘S7‘ form as well, sporting a 4.0-litre twin-turbo V8 with 309kW and 550Nm.

What Wald has done here though is take that curvaceous body and amplify it. There’s a completely new front end with a new set of grilles and front spoiler, matt black trimmings, darkened headlights, and a matt black wrap over the bonnet. 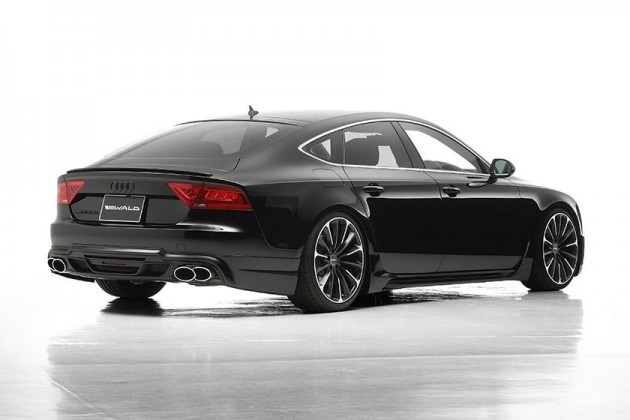 Down the sides you see matching side skirts that trace around to the rear of the A7 and blend in with a chunky new diffuser system. There you’ll find a quad-outlet exhaust system, while at the top is a neat lip spoiler mounted on the boot, with matt black badges.

To top it all off Wald attaches some large alloy wheels with black inner spokes and a machined face. The overall stance is also lowered for a wide and fuller look.

We assume the package can be fitted to all Audi A7 Sportback variants.

InAudi A7, Audi A7 Sportback, Wald, Wald Audi A7