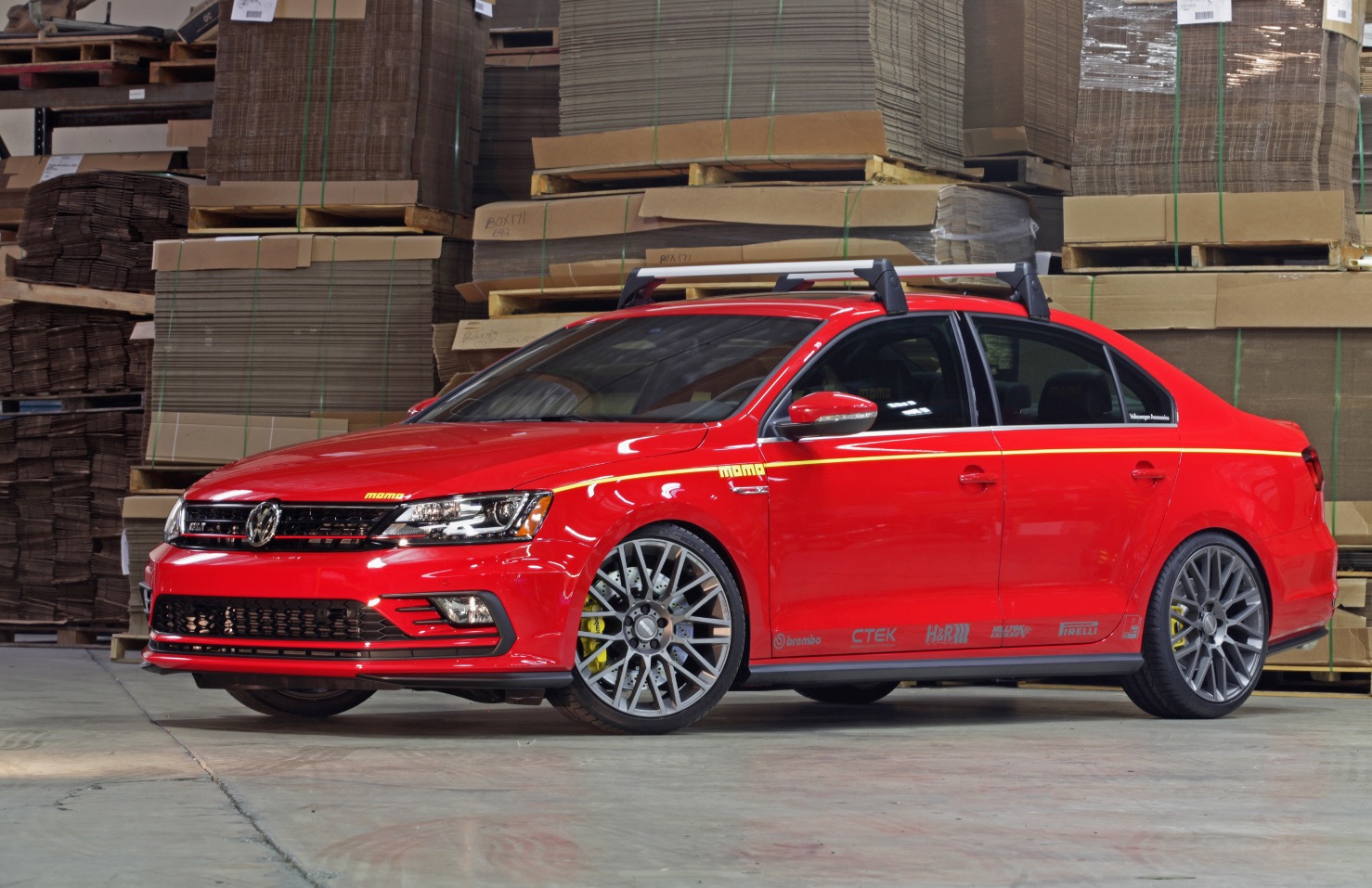 Aftermarket specialist MOMO has teamed up with Volkswagen for a special Jetta concept which will be unveiled at the 2015 SEMA Show this week. 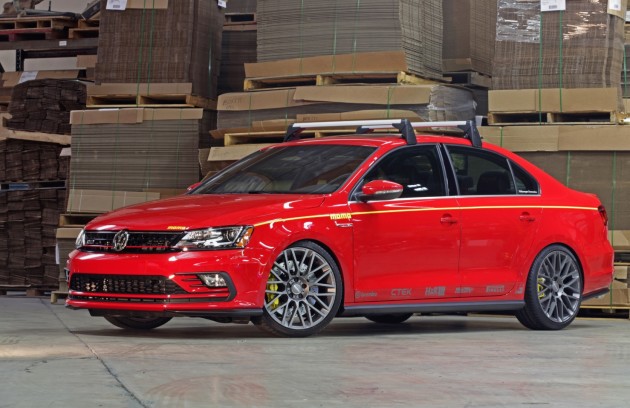 Based on the overseas Jetta GLI, MOMO has infused its usual array of cosmetic enhancements to dress up the interior and exterior of the humble small sedan.

For the interior there’s a MOMO GT50 Anniversario sports steering wheel, embroidered seats, and lots of yellow stitching to brighten up the cabin. There’s also a unique digital readout mounted in the driver’s climate vent that shows various stats such as boost pressure.

For the exterior MOMO has bolted up a set of its 19-inch Revenge alloy wheels in a fashionable grey tone. These are wrapped in Pirelli sports tyres for added grip. A neat bodykit in black matches the wheels and provides some contrast to the bright red body.

The new wheels sit perfectly in the guards thanks to a H&R Street Performance coilover suspension upgrade, also including beefier sway bars. And to ensure optimum stopping performance, a set of Brembo brakes have been added on the front.

As for mechanical enhancements, there doesn’t appear to be any for the engine. However, a stainless steel Milltek sports exhaust has been added on which could increase the car’s 156kW standard output. 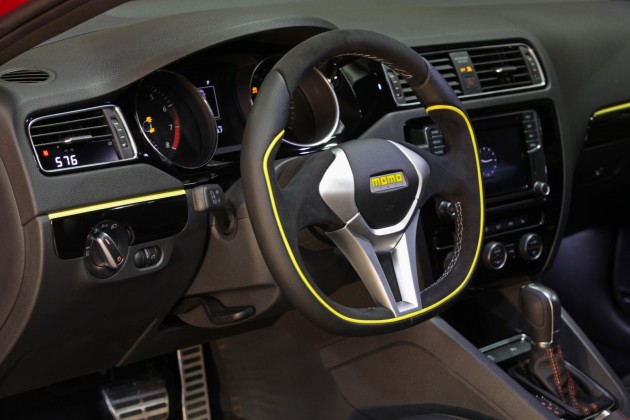 Although the Jetta is quite a conservative model, MOMO has certainly shown some of its potential here. The 2015 SEMA Show, taking place in Las Vegas, starts on November 3. Stay tuned for updates.