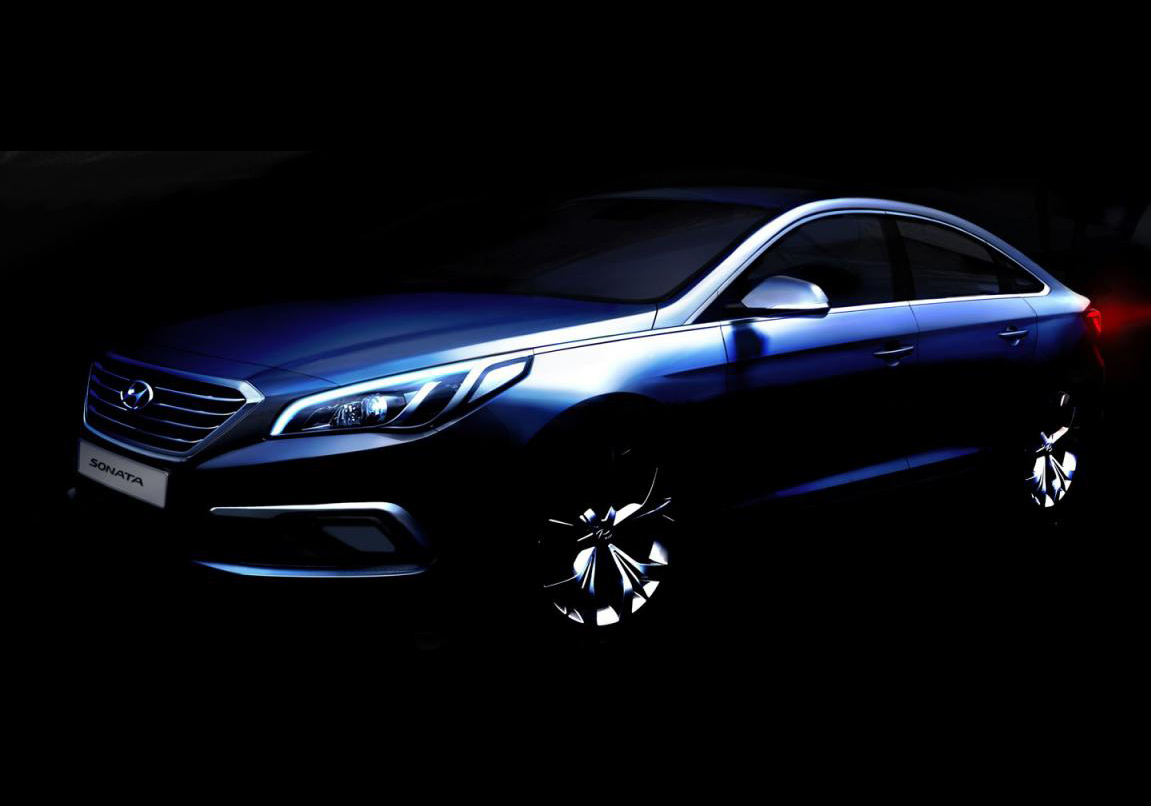 The new 2015 Hyundai Sonata will be revealed in the next few weeks, and to build some anticipation two teaser images have been released. We get a glimpse of the exterior and interior in sketch form. 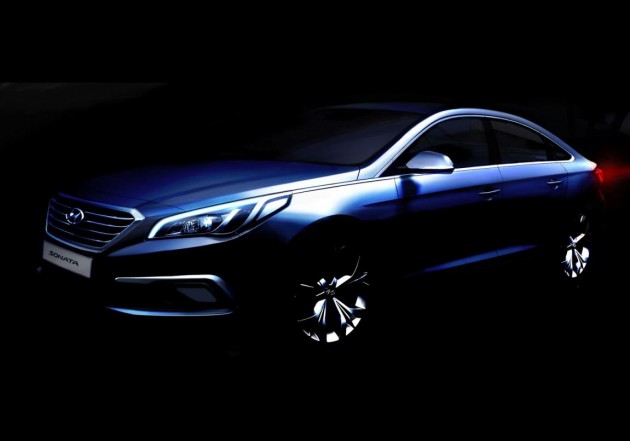 As you can see, the new model will get an up-market-style cabin, with clean yet flowing details and a large LCD multimedia unit. All controls follow a distinct philosophy called ‘Human Machine Interface’. Hyundai explains,

“The all-new Sonata was designed to enhance Human Machine Interface (HMI) qualities, which lets drivers intuitively recognize the vehicle’s controls, allowing for more convenient and effective use of those functions.

“Switches are grouped by their function, facilitating easier control. In order to minimise distraction, the display screen has been moved up, while indicators on the dashboard have been standardized for intuitive recognition. Also, icons on the display screen and dashboard are now consistent.” 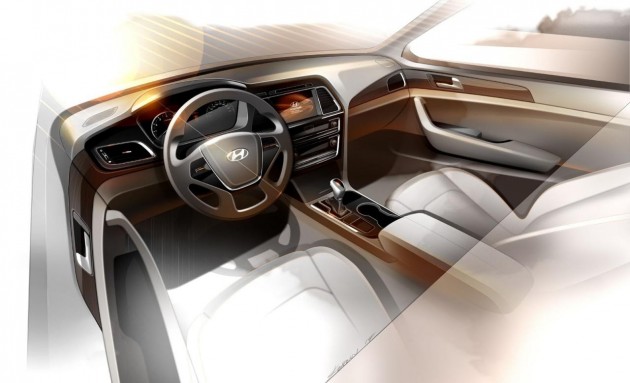 On the outside it appears as though some advanced new headlights will be part of the mix, equipped with LED daytime running lights, and a unique new grille. Hyundai says the new version will be the second model to adopt the company’s latest Fluidic Sculpture 2.0 design language, following in the footsteps of the new Genesis sedan which will arrive in Australia in a few months.

Engine details remain unclear at this stage but reports suggest the current 2.4-litre petrol four-cylinder will be replaced by a 1.6-litre turbocharged unit. It might be slightly down on power by it is likely to offer more torque and improved economy.

Hyundai Australia has confirmed it will be introducing the new model during the second half of 2014. More details are set to be revealed in the coming weeks.