The first ever Mercedes-Benz V8 Supercars have been unveiled in Homebush in Sydney. Three E-Class-based racers will be on this grid for the 2013 season, driven by Lee Holdsworth, Tim Slade, and Maro Engel. 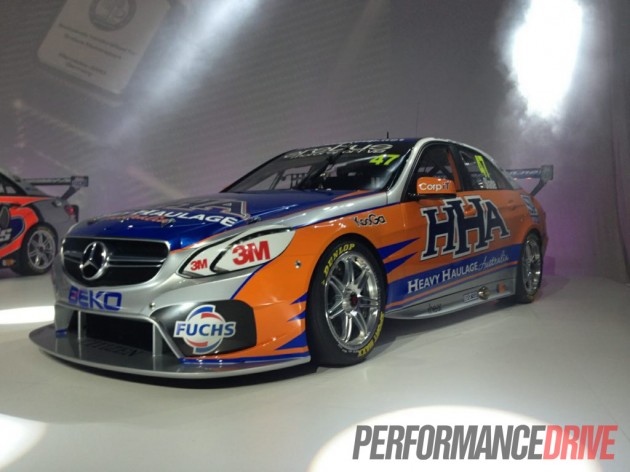 Falling within the regulations of the series, the Mercedes-Benz racing cars are powered by an AMG ‘M159’ 5.0-litre V8 engine. Official specifications are yet to be revealed, however, rumour has it the cars are the most powerful in the field, sporting around 650hp (485kW).

The cars aren’t officially backed by Mercedes-Benz, instead, they have been setup by Erebus owner Betty Klimenko. She is a known motorsport fan, and part of the 12th richest family in Australia. She said in a recent Herald Sun report,

“It is not often in life that you get to touch your dream. To love motorsport is to love the feeling of being alive.”

“To hear, see and feel the excitement and to be part of one of the greatest sporting teams in the world is amazing. I love the challenge and I love the perfection of my cars and my crew.” 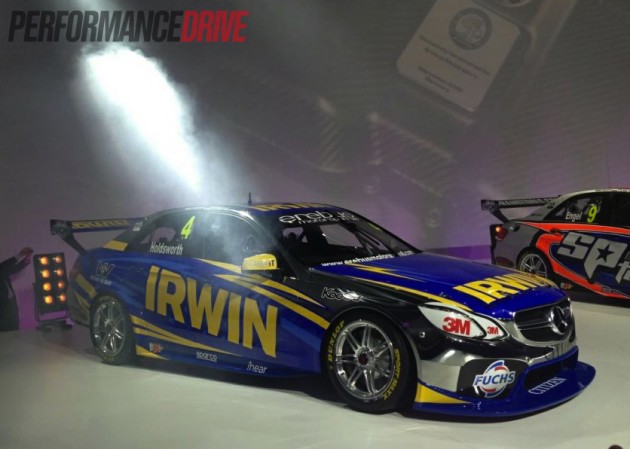 Based on Mercedes-Benz E 63 AMG sedans, the finished race cars certainly look the part. They will join a mix of Holden and Ford this year, as well as the four Nissan Altima V8 Supercars revealed just a few days ago.