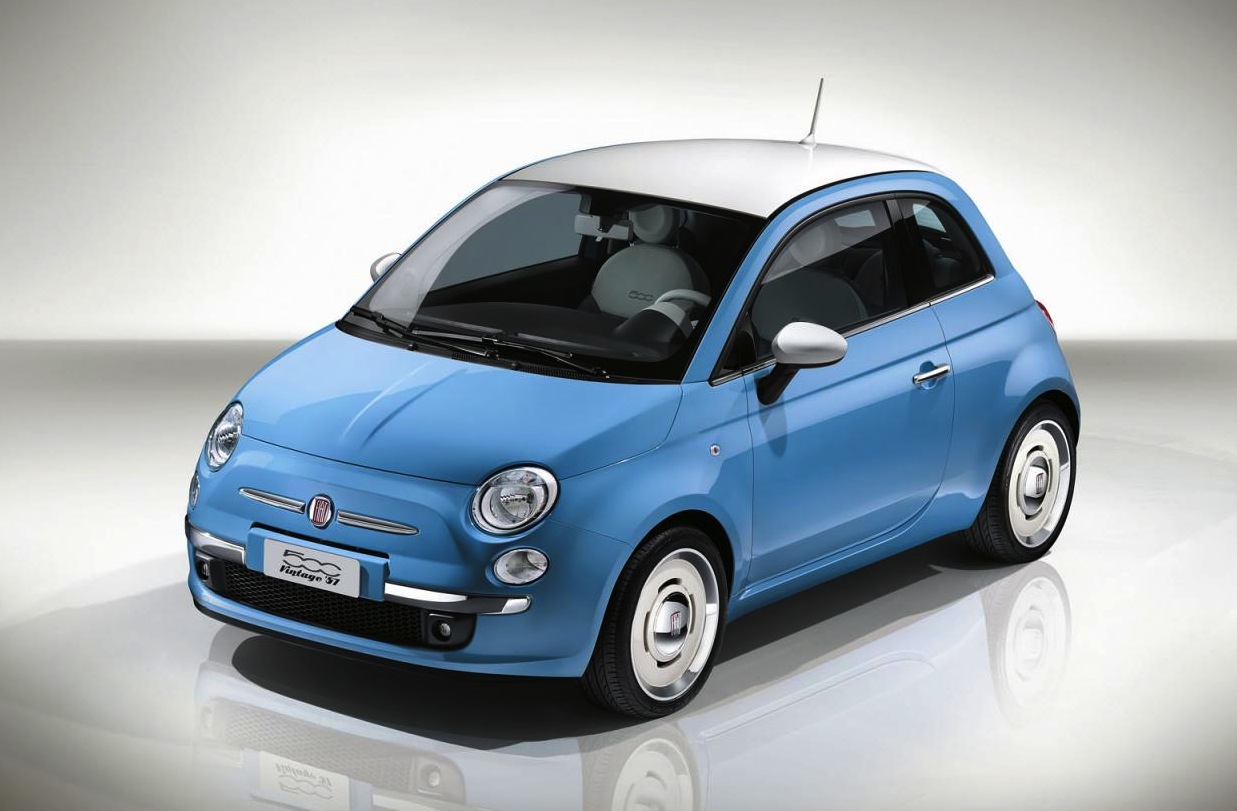 Fiat will debut this cute little retro throwback at the Geneva Motor Show next week, paying tribute to the original classic. It’s called the Fiat 500 ’57. 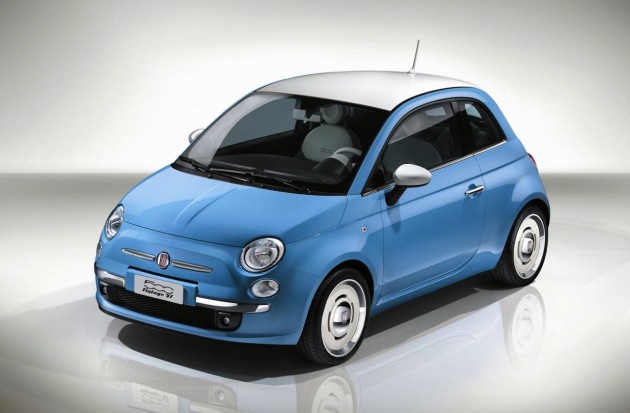 For the special edition Fiat has given the 500 a few styling cues that appear to have been brought back from the 1950s. You can see the vintage two-tone colour scheme with pastel blue, along with a white roof and side mirrors.

Connecting the car to the road are a set of 16-inch white chrome alloy wheels which are inspired by chrome hub caps of the era, with matching chrome door handles, a chrome grille section at the front and chrome front and rear bumper bars.

Inside, the traditional theme is carried across as well, with a tobacco Frau leather upholstery, ‘half-moon’ inserts, ivory leather sections, and a number of historical Fiat logos spread around the place. The regular 500 already showcases a classic-themed interior, featuring chrome door handles and plenty of quirky circular dials and fixtures.

Like the regular 500 of today, passengers get a genuine retro experience which is tied in with modern conveniences such as Bluetooth connectivity, a multi-format audio system, and all of the latest in safety technologies.