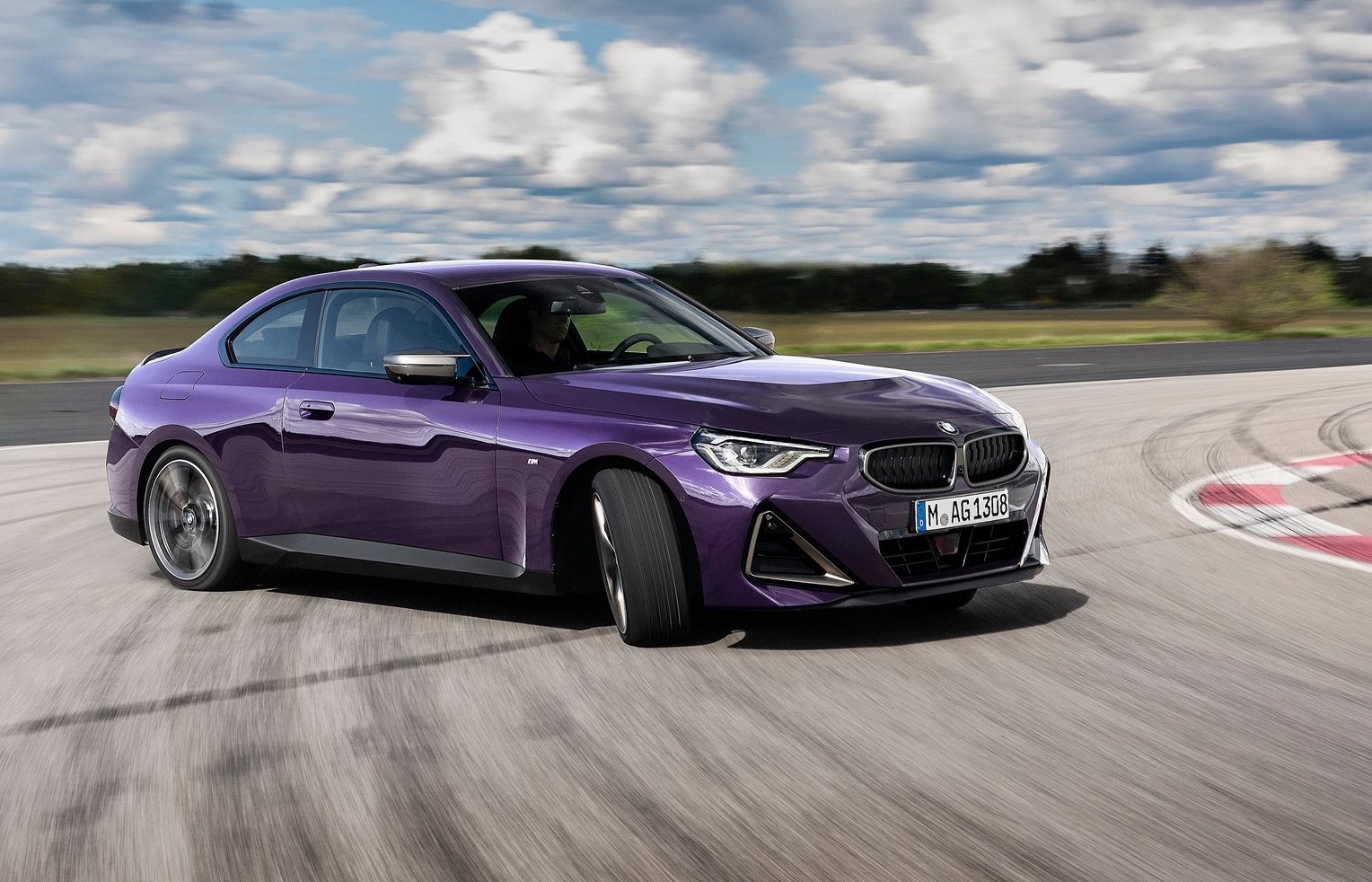 BMW has lifted the lid on its all-new 2022 2 Series Coupe, adding a more aggressive styling package and even more power from its turbo inline-six M240i flagship. 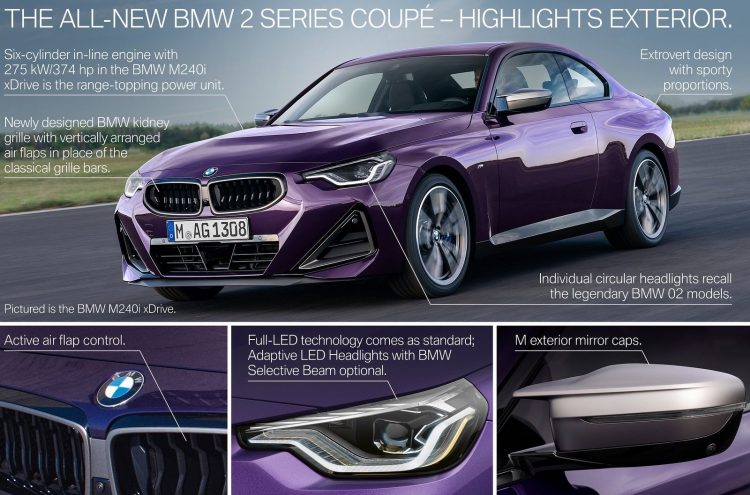 The second-generation BMW 2 Series coupe will come with four engine options all up, with the entry level 230i throwing power to the rear wheels, and the higher grade M240i powering all fours via BMW’s rear-biased xDrive system.

The 220i is powered by a 2.0-litre turbo four-cylinder producing 135kW and 300Nm, while the 220d produces 140kW and 400Nm from its diesel powertrain with mild hybrid technology. The range moves to the 180kW 230i, which will be released in 2022, and the current 2 Series flagship – ahead of the arrival of the M2 – found with the M240i. It receives a 25kW boost over its predecessor, now producing 275kW (285kW in Australia) from its turbocharged inline-six powertrain. 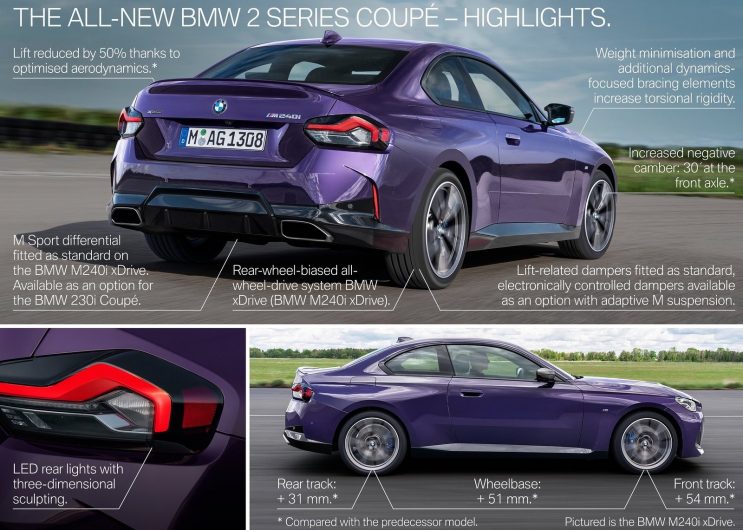 BMW says the M240i is capable of sprinting from 0-100km/h in 4.3 seconds, on to a top speed of 250km/h, with all 2 Series variants receiving BMW’s eight-speed Steptronic Sport automatic transmission.

BMW has extended the wheelbase by 51mm over the predecessor, with the front track growing by 54mm and the rear by 31mm. This has given the 2 Series a near-perfect 50:50 weight distribution. Better still, the 2 Series has snatched a bunch of clever chassis technologies from its bigger brother, the 4 Series, while also receiving bespoke tuning from BMW for increased agility and dynamic cornering. 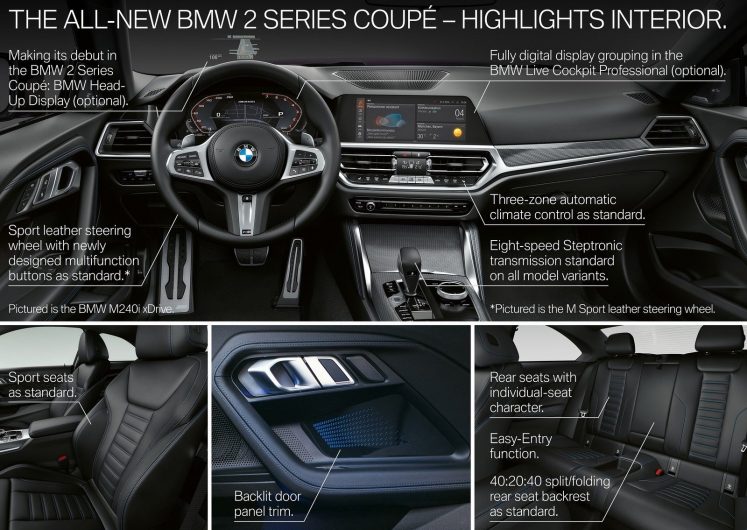 The styling showcases a new design language – kind of similar to what’s seen on the 2 Series Gran Coupe – with more pronounced wheel arches, redesigned kidney grilles with active aerodynamics, and a pair of smaller LED headlights and taillights. BMW also says that thanks to its styling tweaks, the new 2 Series has 50 per cent less lift than its predecessor.

The 2 Series will ride on 17-inch alloys as standard, with 18-inch M alloy wheels on offer in M Sport specification. The range-topping M240i xDrive rides on a set of 19-inch alloy wheels wrapped in performance rubber, with increased negative camber at the front axle. 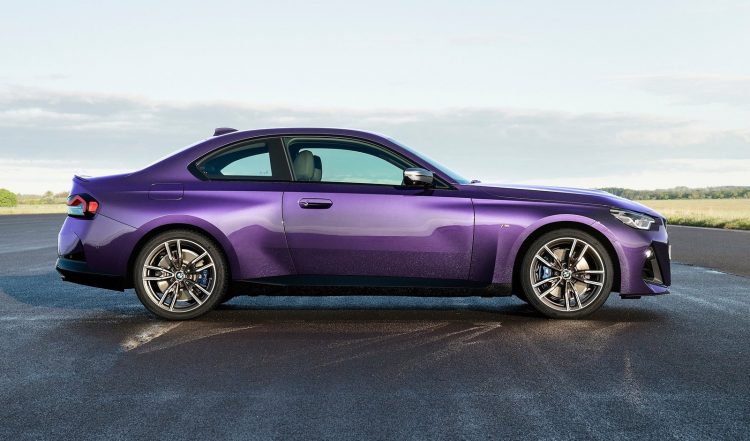 The M240i receives a new set of front axle struts, M suspension, high-performance brakes and an M Sport differential over the rear axle, with the option of adaptive M suspension featuring electronic dampers.

The 2022 BMW 2 Series is set for an official public reveal at the Goodwood Festival of Speed, which kicks off tomorrow in the UK, with all variants to be produced at BMW’s San Luis Potosi plant in Mexico.

BMW Australia has confirmed it will be offering the 220i and the M240i xDrive, with first deliveries scheduled for the end of this year. It confirms there will be a “high performance model from BMW M division” launching in 2022 (the new M2).