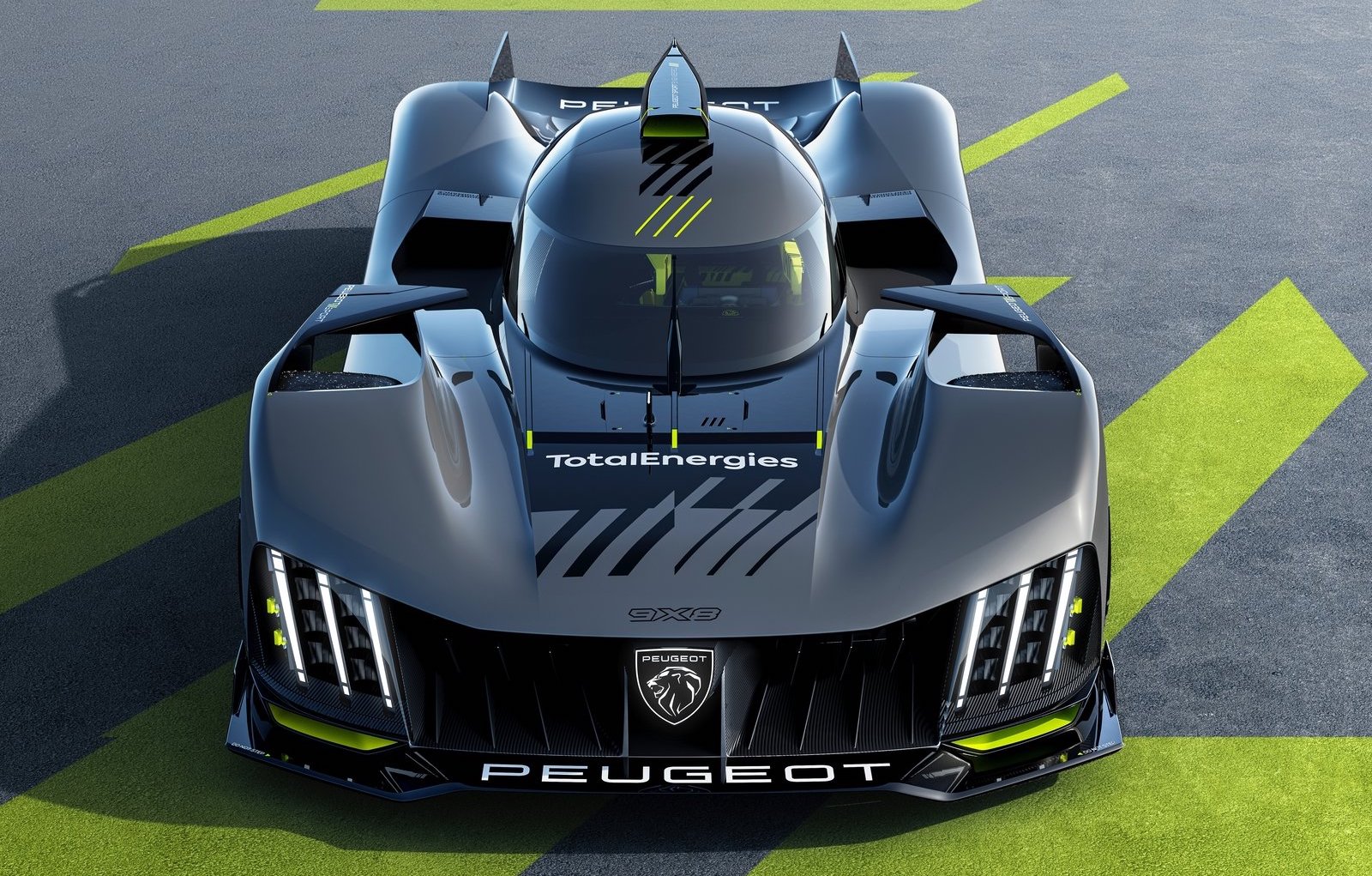 Check out this amazing race machine. It’s called the Peugeot 9X8 and it is essentially a successor to the Le Mans-winning 908 from 2009. It will compete in the 2022 FIA World Endurance Championship. 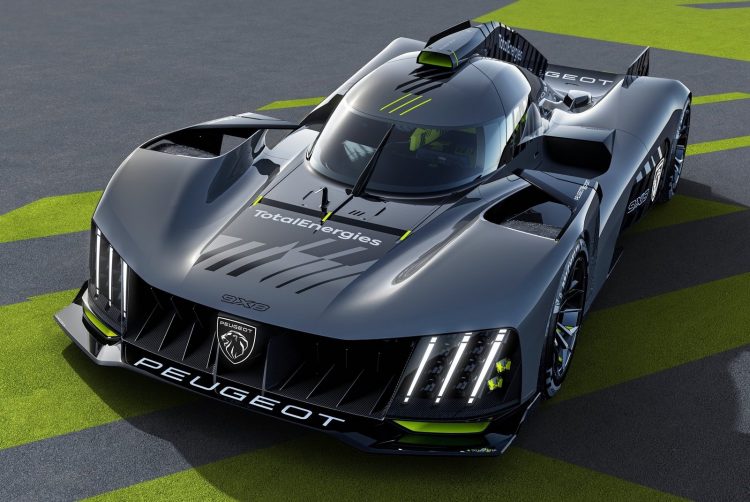 The 9X8 is powered by an extremely sophisticated powertrain that pairs a 2.6-litre bi-turbo V6 pushing out 500kW mounted over the rear axle, with an additional 200kW provided by an electric motor mounted over the front axle. All up, 700kW and an unknown – but predictably large – amount of torque is thrown to all four wheels via a seven-speed sequential gearbox. Power from the electric motor is sent to the front wheels when the 9X8 exceeds 120km/h via a single-speed transmission.

We don’t have too many more details at this point, however, Peugeot has confirmed the 9X8 measures 5000mm long, 2080mm wide, 1180mm tall, and has a wheelbase of 3045mm. It will likely hit the WEC’s minimum weight limit of 1030kg, and features a new, radical rear design that has no pronounced wing for downforce after the WEC introduced greater flexibility in its race regulations. 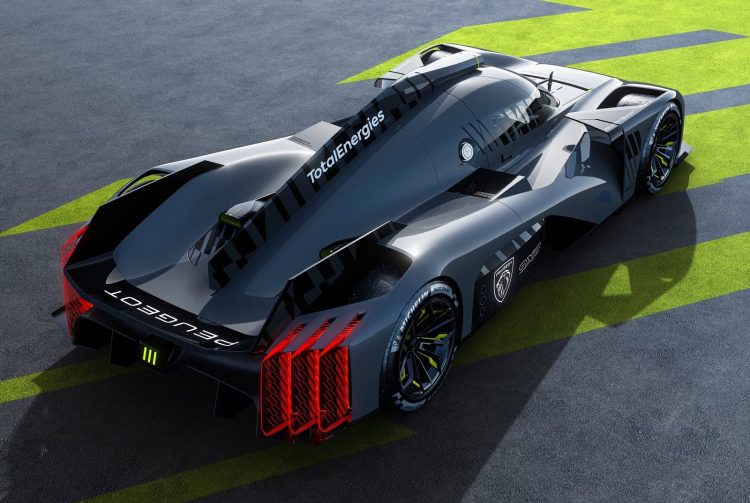 Peugeot says the 9X8 is the direct successor to the 1992 and 1993 24 Hours of Le Mans-winning 905, and the 2009-winning 908, with Peugeot eyeing-off a fourth win at the iconic event in the future. Two Peugeot 9X8s will compete in the 2022 FIA World Endurance Championship (WEC), after Peugeot announced a return to the Hypercar class last year. 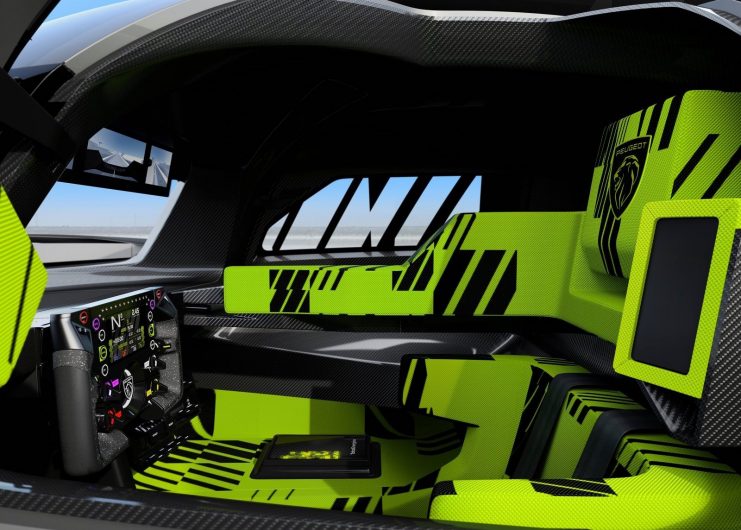 The French marque will join the likes of Ferrari, Toyota, Scuderia Cameron Glickenhaus and ByKolles in the new Hypercar class of the WEC. Kevin Magnussen said:

“There’s been nothing like it before. It really looks like the future of racing. It’s the first time so much work has gone into a racing car’s actual design. The absence of a rear wing was as a huge surprise. It feels like the beginning of a new era.”