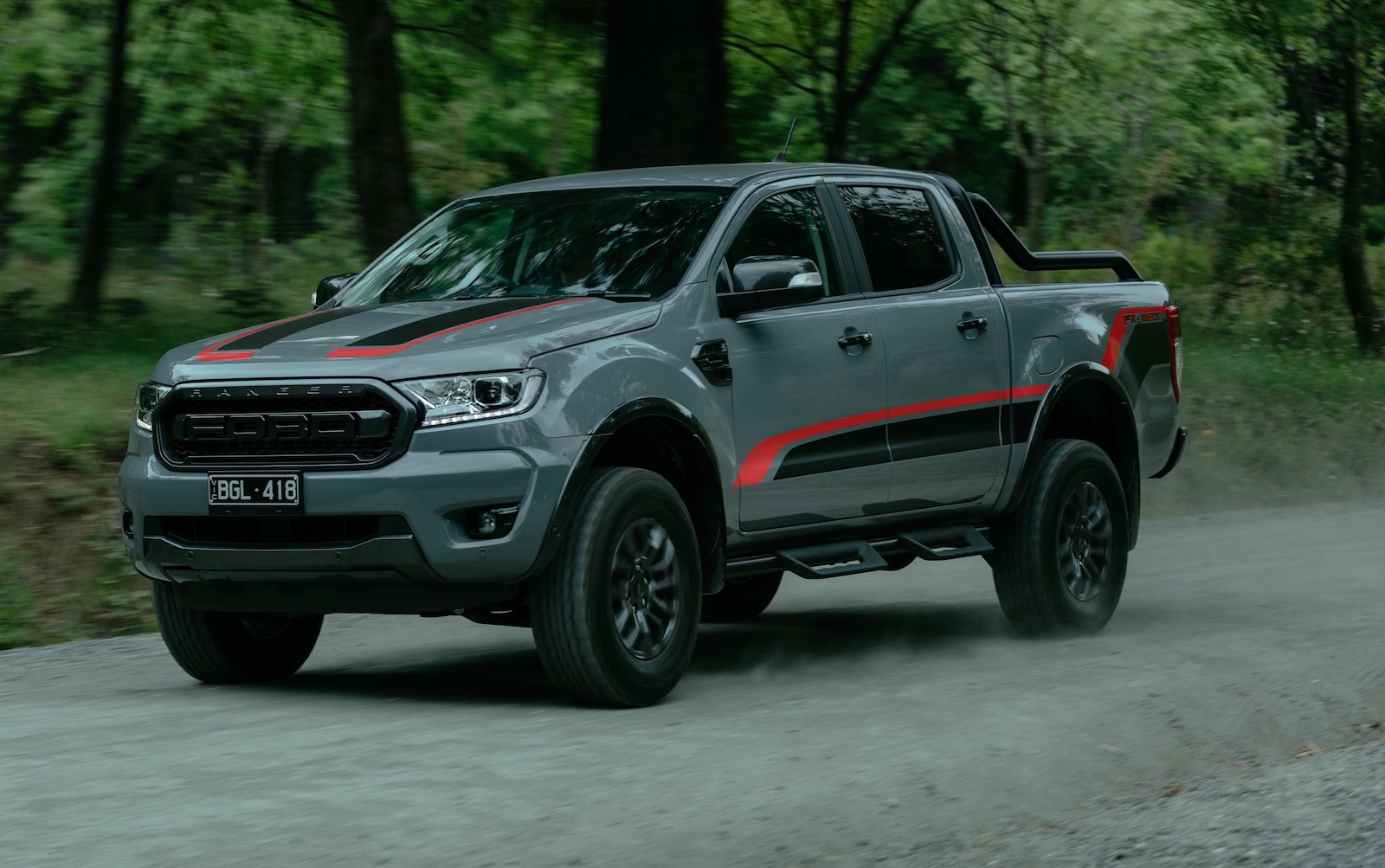 As expected, new vehicle sales in Australia during April 2021 were very positive, with VFACTS new vehicle registration figures, handed out today, confirming the numbers as the best April on record. 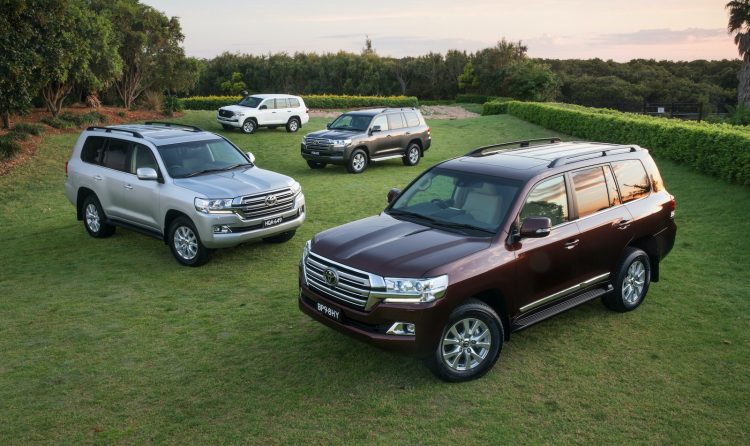 During April 2021, Australian consumers snapped up 92,347 vehicles. That’s up a whopping 137.2 per cent on April last year. But that is unsurprising considering that, during April last year, we were essentially at base camp looking up at the daunting peak of the COVID-19 pandemic. In other words, nobody was interested in buying cars. In fact, just 38,926 new vehicles were registered. The latest figures also confirm a 30.7 per cent increase on year-to-date (YTD) efforts.

In terms of the best-selling vehicle brand? Is that even a question worth asking? It was of course, Toyota. It has enjoyed the top position for as long as this website has been around (and probably beyond). The Japanese auto giant reported 20,208 sales, up 95.7 per cent for the month and up 27.0 per cent YTD.

Mazda continues in second spot, but further down we see some big changes compared with the previous month. Mitsubishi jumps into third spot and Ford follows behind, while Hyundai drops down to fifth, with sister brand Kia not far behind. MG is hanging in their in 10th spot, with Honda and Mercedes-Benz out of the spotlight. See below for the top 10 best-selling vehicle brands overall in Australia during April 2021. The figures in brackets are from the previous month.

BMW stands at the top for April, but across year-to-date Mercedes-Benz is the favourite. The two German manufacturers are usually fairly close in a number of classes, but Mercedes is often in front overall. So far this year Mercedes has reported 10,285 sales, while BMW reports 8323 units. See below for the top 10 best-selling premium vehicle brands in Australia during April 2021. As this is the first time we are reporting this section, we will add the previous month’s results in brackets going forward. 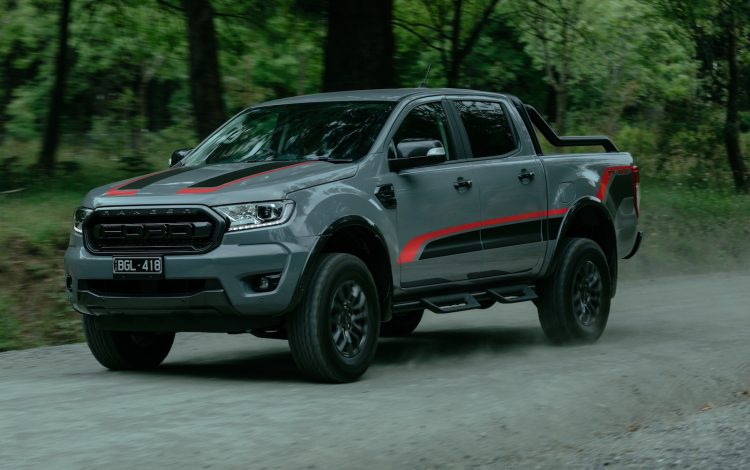 It’s not the Toyota HiLux. Can you believe it? Ford has climbed in front of the often-favourite for April, with its Ranger reporting very impressive results. In fact, even the RAV4 surpassed the HiLux for April. The LandCruiser wagon continues to sell in big numbers as well just as the all-new 300 Series is about to arrive. The top 10 best-selling vehicles in Australia during April 2021 were as follows:

This segment continues to be led by the Corolla, but only just in April. Hyundai’s i30 came very close, while the Kia Cerato outsold the Mazda3 to steal third spot. Overall segment sales are down 7.4 per cent YTD, but up 72.5 per cent compared with April last year. See below for the top 10 best-selling small cars in Australia during April 2021:

Into the premium stuff and we see the top three reported very close numbers. Interestingly, it was the niche BMW 2 Series Gran Coupe that came out on top during April, ahead of the often-favourite Mercedes A-Class. While most vehicle segments are being impacted in some way by the global semiconductor shortage, premium brands are likely suffering the most as luxury cars usually require more chips.

Class figures are down 8.7 per cent YTD, but up 39.1 per cent for the month. The top five best-selling vehicles in the class during April 2021 were as follows: 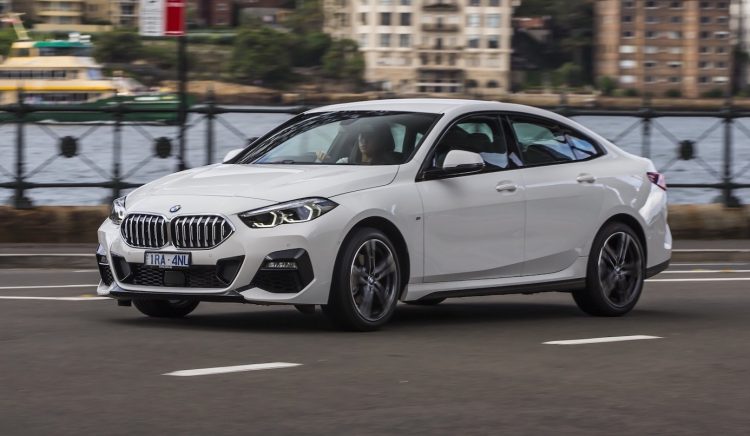 Toyota Camry sales continue to dominate this category while most competitors dwindle in the shadows. The segment isn’t doing too well overall, with YTD figures down 16.7 per cent. However, sales for the month of April are up 75.1 per cent compared with last April. The top five best-selling vehicles in this class during April 2021 were as follows:

Premium mid-sizers were topped by the BMW 3 Series during April. The nameplate is catching the class favourite for YTD numbers, with the Mercedes C-Class currently at 1394 units compared with 1203 3 Series sales. The Lexus IS is also hanging in there for third spot, and its YTD numbers are up an impressive 187.5 per cent, likely thanks to the recent arrival of the new model.

Segment numbers are up 27.6 per cent YTD, and up 84.6 per cent for the month of April. The top five best-selling vehicles in this class during April were as follows:

The large sedan is definitely dying. Well, in terms of non-premium stuff anyway. Even as good as the Kia Stinger is, it can’t lure buyers away from the increasingly-popular SUV classes. Segment sales are down 20.5 per cent YTD, and up 72 per cent for the month. The only vehicles on sale here during April reported the following figures: 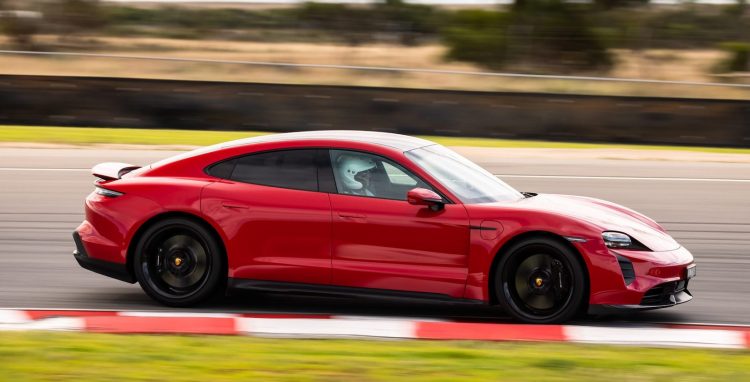 The premium category is seeing more interest, with 284 sales in total. The Mercedes-Benz E-Class was the most popular in April, outselling its main rival, the BMW 5 Series, by over 30 units. Again, the Porsche Taycan continues to show its strength, with decent numbers reported in April.

Overall class figures are up 87.8 per cent YTD, which is very impressive, while sales for the month of April are up 202.1 per cent. The top five best-selling vehicles in this segment during April 2021 were as follows:

Ford Mustang sales have bounced back a bit following slumps in recent months. It continues as the most popular sports car overall, nonetheless. The recently-updated Mazda MX-5 jumped into second spot for April, while the Toyota 86 and Subaru BRZ twins, twinned sales efforts.

This class is seeing a 3.1 per cent increase in YTD figures, while sales for the month alone are up only 30.7 per cent. The top five best-selling vehicles in this segment during April 2021 were as follows:

Both the BMW 4 Series and Mercedes-Benz C-Class two-door came very close in April, but it was the Stuttgart-born model that edged out in front. Most other contenders were far behind, although it’s interesting to see the Toyota GR Supra posting some decent figures.

Segment sales are up 30.9 per cent across YTD, and sales for the month are up 114.4 per cent compared with last April. The top five best-selling models in this segment during April 2021 were as follows: 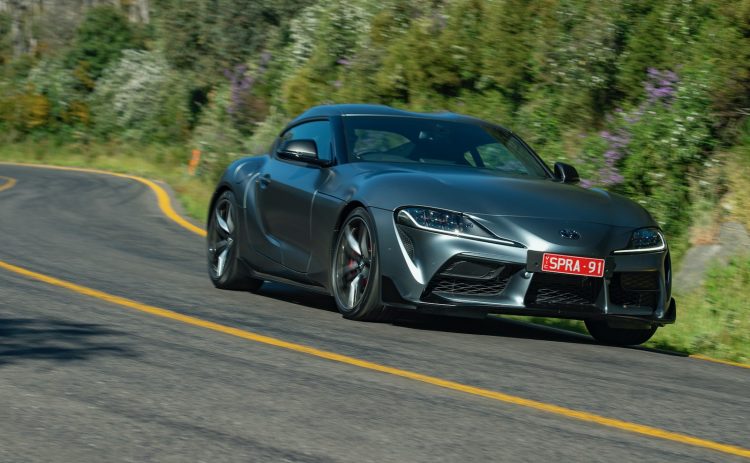 Porsche 911 sales spiked a bit in April, cementing its position at the top. However, Ferrari also posted some decent numbers, good enough for second place. Class figures are down 14.8 per cent YTD, but up 126.7 per cent for the month. See below for the top five best-selling vehicles in this class during April 2021:

Over in the ever-growing and demanding ute class, the Ford Ranger came out on top as mentioned. From there though, all of the top 10 placings remained unchanged from the previous month, which is both interesting and uninteresting.

In the 4×4-only ute class, the Jeep Gladiator (87) and Chevrolet Silverado 1500 (111) missed out on the top five once again. However, the most interesting news here is the new GWM Ute (Canyon) posted the highest numbers overall. It even beat the trusty LandCruiser 70 Series. The top five best-selling 4×4 utes during April 2021 were as follows: 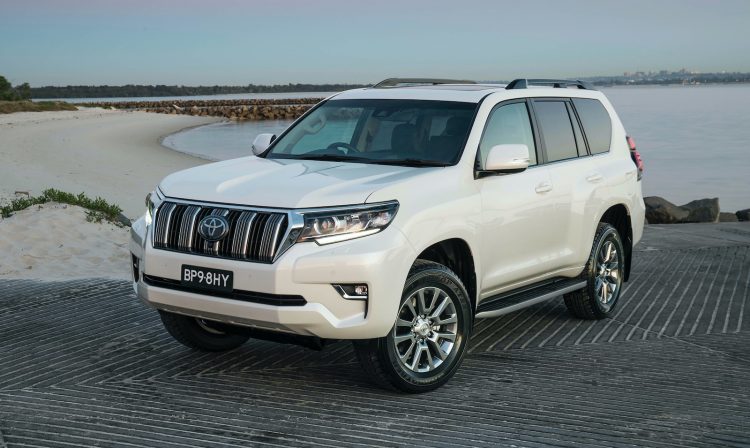 As for the most popular models, the RAV4 came in first place again, while the Audi Q3 was the favourite premium SUV, again. Other interesting observations include the Mitsubishi ASX returning as the favourite in its class, while the Subaru Outback lost its top position from the month prior to the Toyota Prado. The new Outback enjoyed a short burst at the top, perhaps as the first orders and initial registrations rolled in. The new Kia Stonic also pounced into second spot in its respective class. The top three best-selling SUVs in all segments during April 2021 were as follows:

Total new vehicle sales in Australia in April were down on March 2021 figures. During April 2021, Australian consumers bought 92,347 vehicles according to VFACTS, as mentioned, compared with 100,005 in March. Overall sales for the month were up 137.2 per cent compared with April 2020, and up 30.7 per cent year-to-date.