As expected, the 2021 Toyota LandCruiser Prado has been given the updated 2.8-litre turbo-diesel from the new HiLux and Fortuner. Toyota has also taken this opportunity to make some other updates to the very popular SUV. 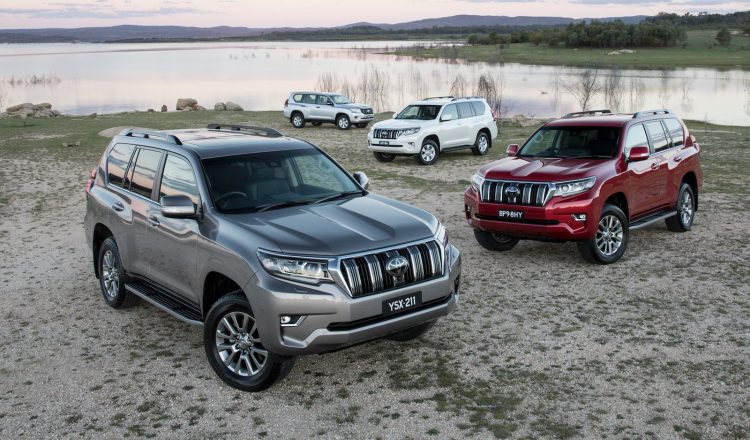 Firstly, yes, the 2.8-litre turbo-diesel four-cylinder engine receives a new ball-bearing turbocharger with larger internals, updated cooling, optimised pistons, higher-flowing injection, and revisions to the block and head and exhaust manifold, all like we saw with the new HiLux.

These changes see the power rise from 130kW to a more respectable 150kW at 3400rpm, while torque jumps from 450Nm to 500Nm between 1600-2800rpm. The engine is now matched exclusively to the six-speed automatic transmission across the lineup, too.

Fuel economy has actually improved, despite the increases in output. According to the official combined cycle test, the Prado uses 7.9L/100km, down from 8.0L/100km in the outgoing model. Emissions are also down, from 212g/km to 209g. A 150L fuel tank remains, resulting in a theoretical average range of 1899km (up from 1875km). 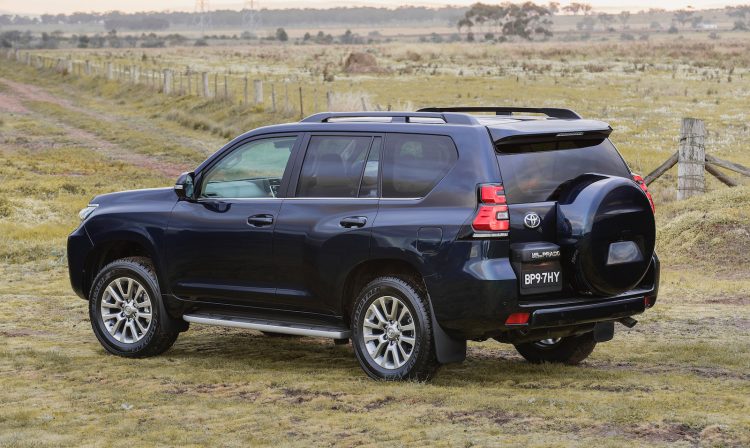 As for other updates, Toyota Safety Sense suite is now available on all grades. It includes autonomous emergency braking with cyclist detection, and pedestrian detection (day and night). Lane departure alert has been updated to include steering assist via braking, and there’s a refreshed road sign recognition system.

For the interior, Toyota has installed a larger 9.0-inch touch-screen media interface in all models (up from 8.0 inches). It offers Android Auto and Apple CarPlay connectivity, myToyota, sat-nav, and a rear-view camera across the board. Moving up to the VX adds a 14-speaker JBL sound system and digital radio.

The GX comes standard with five seats but can be optioned with seven, while all other grades (GXL, VX, Kakadu) come standard with seven. Rubber mats are now included on the GX and GXL, with carpet mats for the VX and Kakadu.

These updates should ensure the Prado remains a very popular large SUV in Australia. In fact, it is currently the best-selling SUV in its class, with over 320,000 local sales of the nameplate since it was introduced here in 1996. Toyota says it has led the segment in sales for 10 of the last 12 years.

The new model goes on sale in Australia from the following prices (excluding on-road costs):

Options
7-seat layout for GX: $2550
Premium interior for GXL: $3470
Optional paint for all grades: $600
Flat tailgate for GXL and above: no added cost