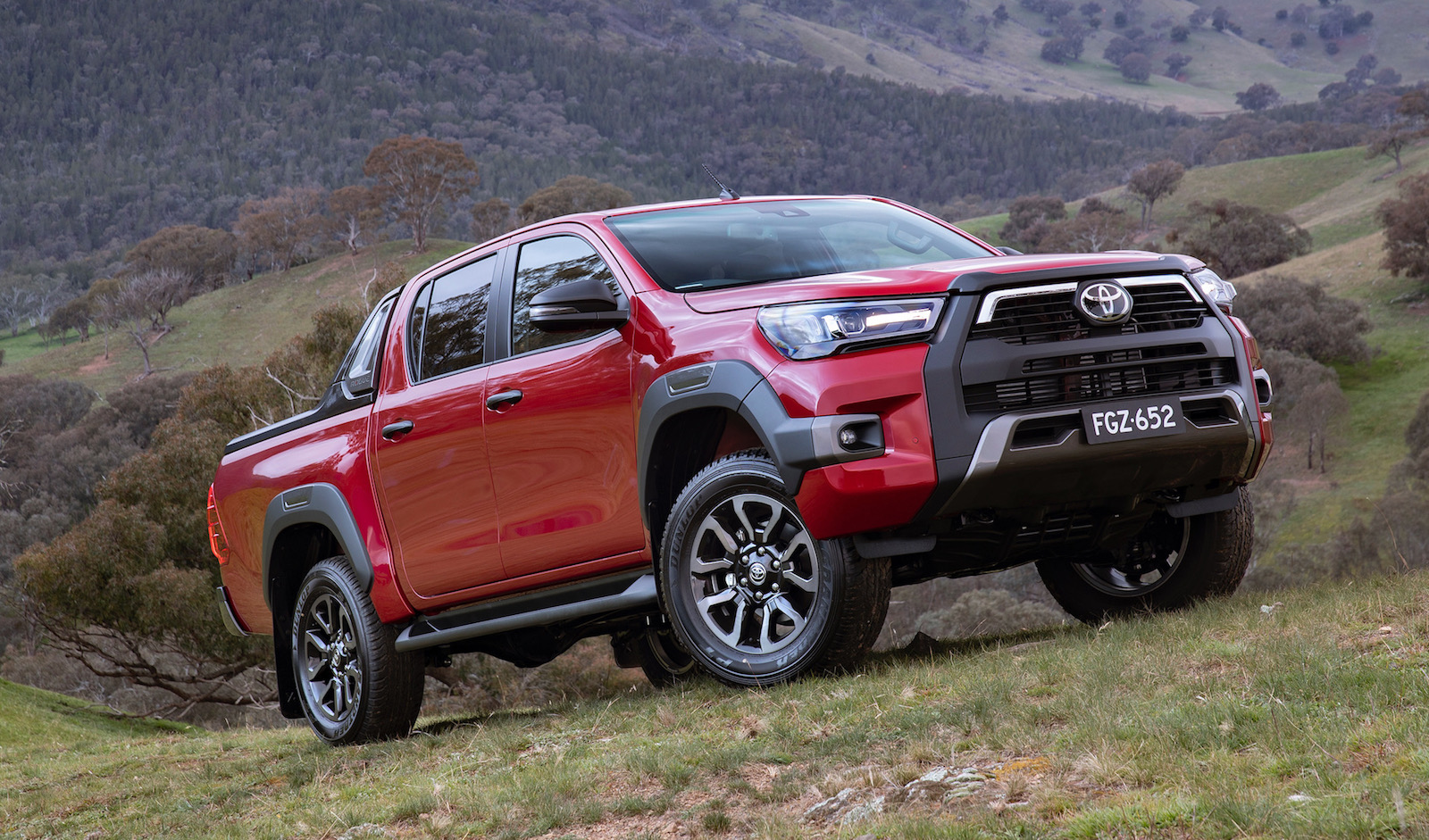 Full prices and specs have today been confirmed for the 2021 Toyota HiLux range, which will go on sale in Australia on August 27. 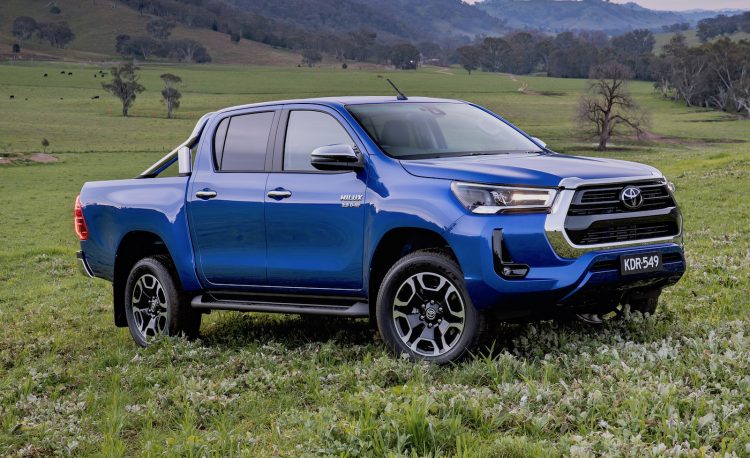 We first saw the 2021 HiLux a couple of months ago. It shows off a new exterior design with an overall more macho yet slightly more sophisticated theme. Toyota Australia’s design studio took part in the development of the design, working with the international hubs.

The front end has pulled styling elements from some of Toyota’s global pickup trucks, such as with the new trapezoidal grille with more prominent horizontal slats helping to provide a wider look. Black surrounds are used for the WorkMate, grey for the SR, and chrome for the SR5. 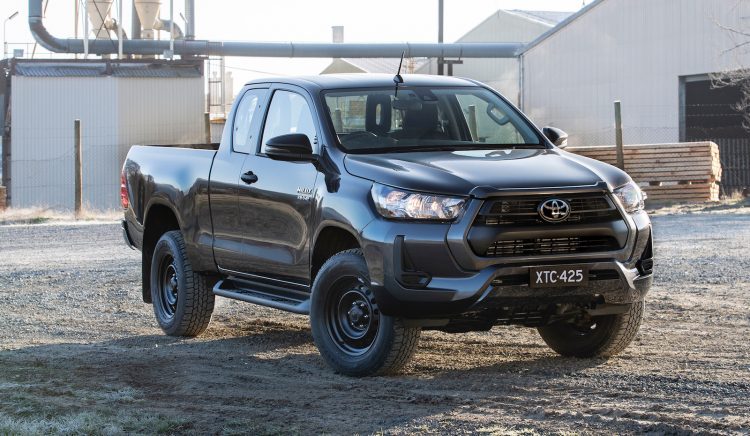 A pair of new headlights which are smaller than before are brought in, with halogen globes for the WorkMate and SR, and fresh LEDs for the SR5. All feature auto on/off capability, while the WorkMate and SR offer manual height adjustment and the SR5 uses self-levelling technology. 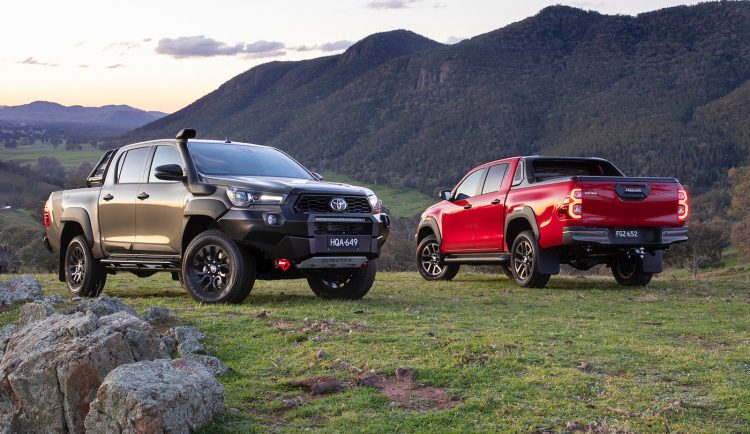 Speaking of all of those trim levels, Toyota Australia is offering the WorkMate, SR, and SR5, as well the Rogue and Rugged X. Toyota says final details and specs for the latter two will be announced at a later date, however, some images of the two have now been revealed for the first time (above). New SR+ and SR5+ trim levels have also been introduced in some specification.

Three different engines are being offered, although some are only available in specific trim levels. There’s the base 2.7-litre petrol four-cylinder that develops 122kW and 245Nm. It’s only available in the WorkMate, matched with either a five-speed manual or six-speed auto.

Moving up, there’s a 2.4-litre turbo-diesel that generates 110kW and 400Nm. It, too, is only available in WorkMate trim and comes matched to a six-speed manual or six-speed auto. 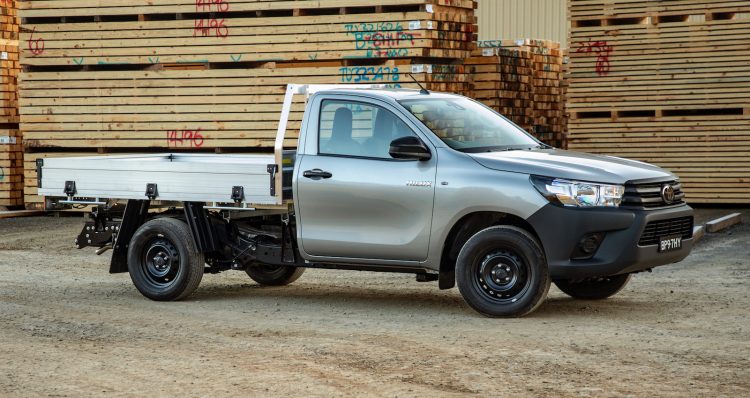 The main engine though is the revamped 2.8-litre turbo-diesel four-cylinder, also featured in the 2021 Fortuner and likely the Prado down the track. It gets a new, larger ball-bearing turbocharger and an updated common rail injection system running a higher maximum pressure of 250MPa. Some other revisions have been made to improve durability and cooling as well.

Despite the increases in output, Toyota says fuel consumption is reduced by up to 11.1 per cent. The official combined cycle consumption rate for the SR5 dual-cab auto in 4×2 is 8.1L/100km, down from 8.4L/100km in the outgoing model, for example. 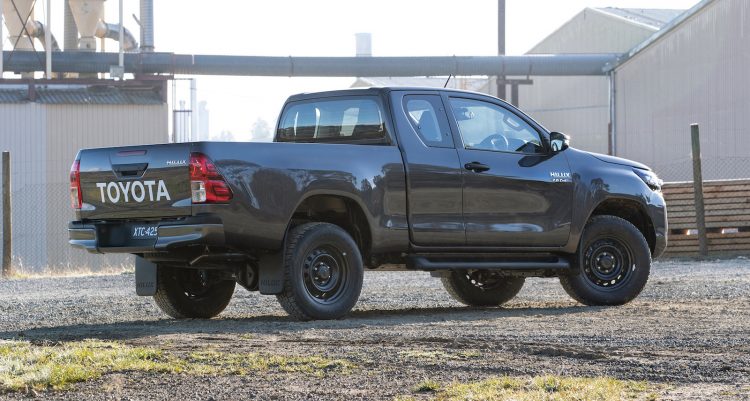 Thanks to the technical changes, the braked towing capacity is now 3500kg for all 4×4 models, while the 4×2 diesel variants are rated 2800kg, up from 2500kg. Toyota also points out that there are 27 different variants that all offer a payload capacity of over 1000kg.

Toyota has made various changes to the suspension and running gear underneath, including retuning the spring rates and dampers, with new suspension bushes and cabin mounts. These changes have been made to enhance handling agility, and to improve ride comfort even when unladen. 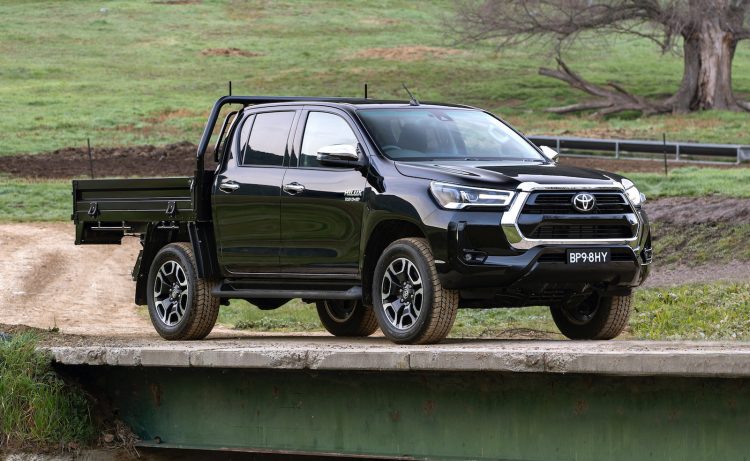 As for the interior, all models now come with an 8.0-inch touch-screen media interface. It incorporates physical knobs to make it easier to control, particularly when wearing thick gloves. It replaces the outgoing 6.0- and 7.0-inch screens that had capacitive-touch buttons.

The screen, across all models, features Android Auto and Apple CarPlay as standard, along with myToyota which is compatible with apps such as Waze, AccuWeather and Stitcher. Going for the SR5 adds in-built sat-nav and digital radio. 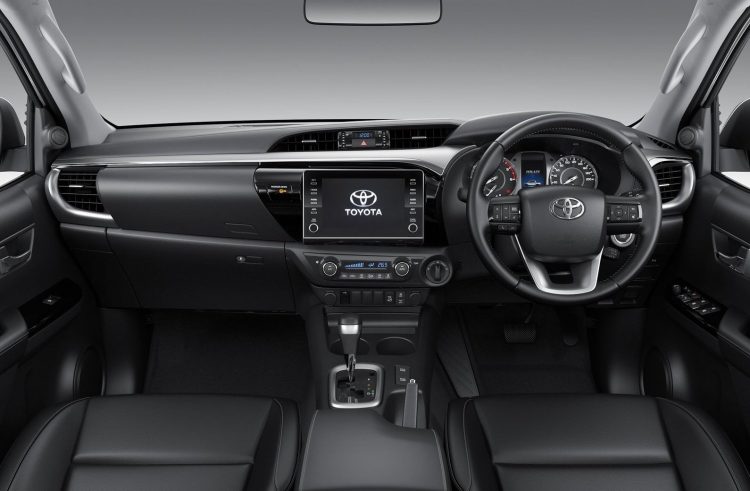 A 4.2-inch digital screen sits within the instrument cluster providing vital driving information, as well as a digital speedo display. New speed and rev counters on either side promise a cleaner and more refined look, with white numbers and pointers on a grey metallic background.

As mentioned at the top, Toyota Australia will officially launch the new HiLux on August 27. See below for the starting prices (Manufacturer’s List Price – excludes on-road costs), and further below for the key specifications. 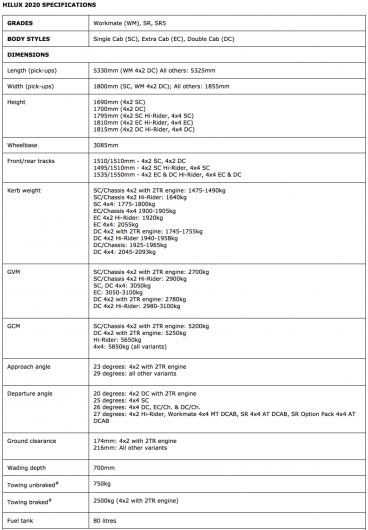 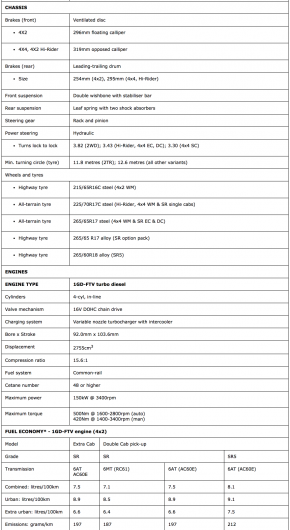