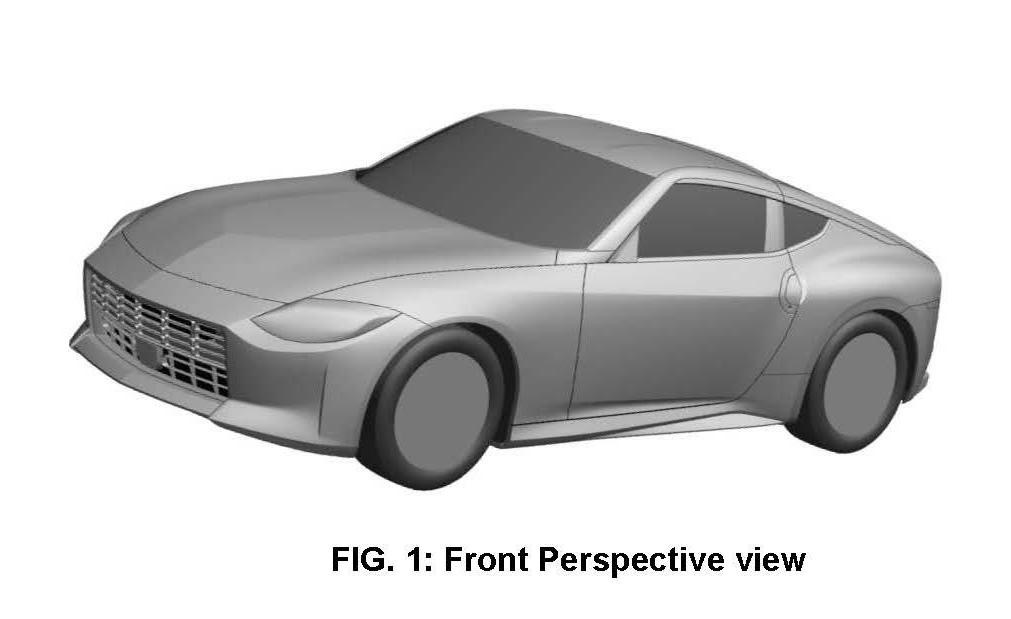 Patent images of the upcoming 2022 Nissan Z car, also known as the Fairlady Z and 400Z (name not confirmed), have surfaced on the Australian Intellectual Property database. These give us a decent indication of what the production car will look like. 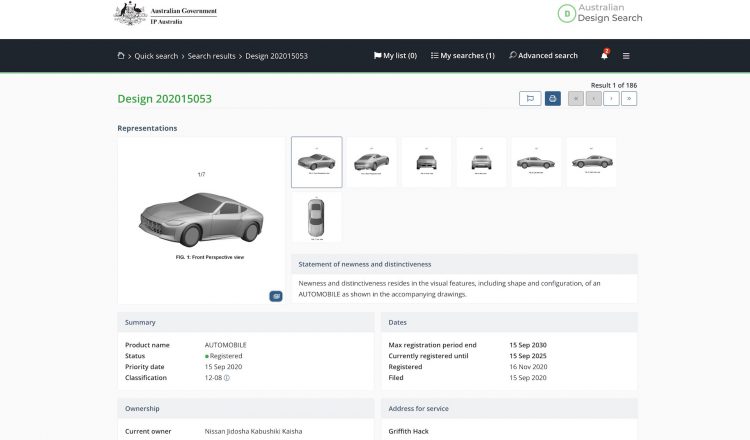 And as no surprise, it looks the same as the Z Proto concept that was revealed last year. These patent images were registered back in November, and originally filed in September on pretty much the same day the prototype was revealed.

So, what’s different about the design compared with the Z Proto? Well, if you take a really close look you’ll see it features a slightly different front grille. On the concept the top half of the grille featured elongated ports, with a missing section below. These patent images show the grille extends the fill height, and there’s a spot for the safety sensor. 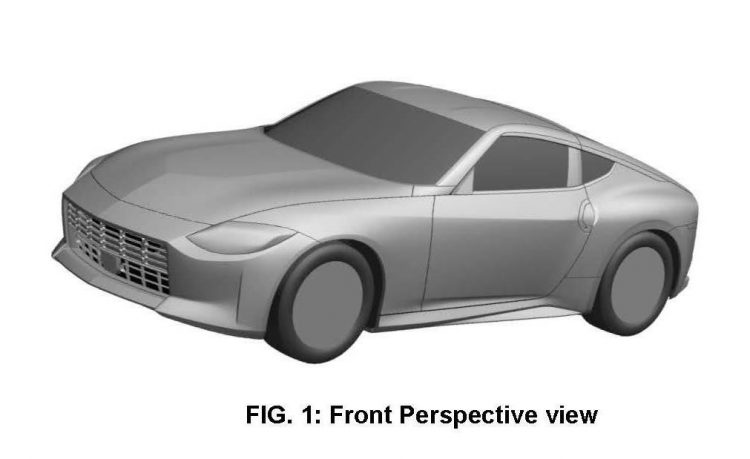 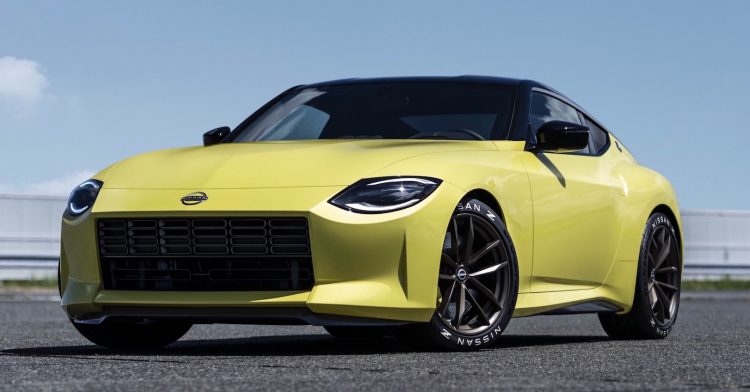 Other minor details we notice include the introduction of rear indicator lights or reflectors behind the rear wheels, and a key hole for the door handle. The rest of it, including the headlight and taillight clusters, the front bumper bar and spoiler, window trims, the side skirts, and the rear diffuser section all seem exactly like the concept.

Nissan has confirmed the new model will be offered with a twin-turbo V6 engine, matched to a six-speed manual transmission as standard. Power outputs are yet to be confirmed, but it’s pretty easy to assume the engine will be the 3.0-litre twin-turbo ‘VR30’ borrowed from the Infiniti Red Sport and Silver Sport models. In those the engine produces 298kW and 224kW, respectively. 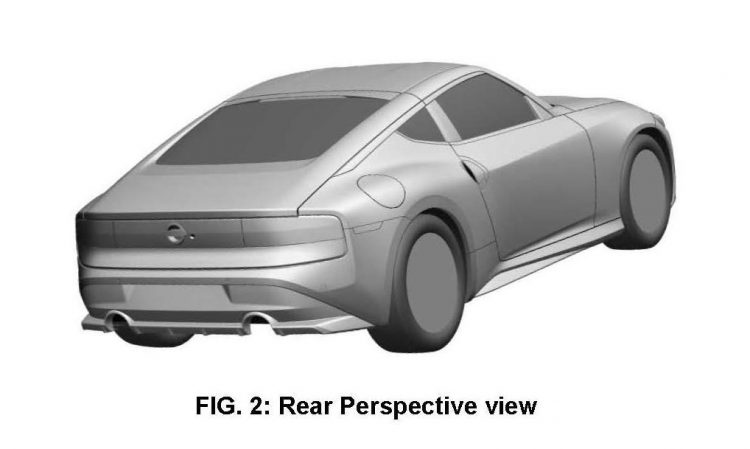 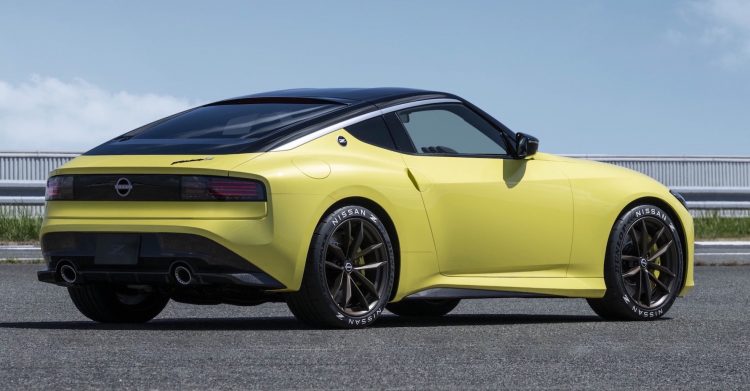 Even if these outputs are carried straight across, it’ll give cars such as the Toyota GR Supra a run for their money. Speaking of running, the new model is expected to offer a 0-100km/h sprint time of below 4.5 seconds in its top form. An automatic transmission option might help it achieve quicker times, although Nissan hasn’t confirmed the full details just yet.

Unfortunately for diehard Z car fans Nissan probably won’t release the new model to the market until later in 2022 or even 2023. The complete technical specs and in-car features are yet to be finalised for the production version.