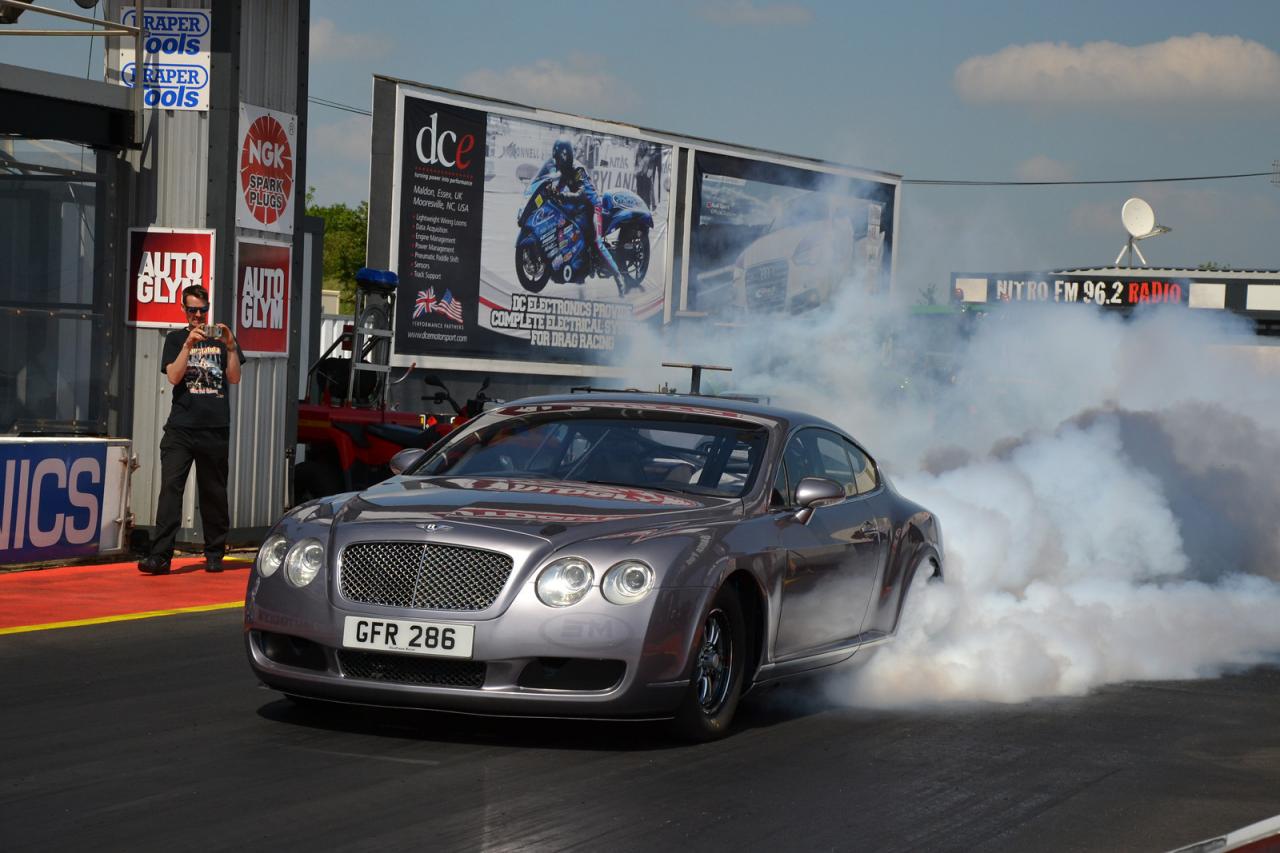 It takes a lot of cunning to modify a high-end vehicle such as a Bentley. But this drag racing Continental GT just takes it to an all-new level. 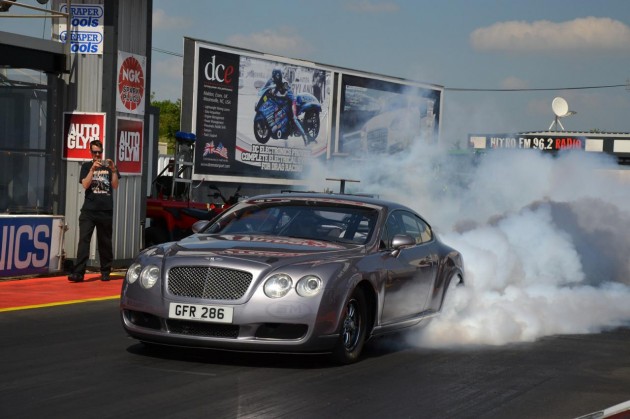 Seen practicing in the UK recently, this Bentley Continental GT is obviously not your average British luxury barge. It features a full drag racing driveline and custom rear tubs for huge rear wheels.

Under the bonnet, gone is the factory W12 engine and new is a 10.2-litre Chevrolet twin-turbo V8 producing a jaw-dropping 2237kW of power. This should see it to cover the quarter mile in an expected 7.0 seconds at over 320km/h.

Interestingly, the car was built by a 48-year-old watch repairer. It apparently cost him some 250,000 pounds (around AU$455,00), which seems understandable considering the car, in Australia at least, is worth around that on its own.

While we’re not sure about cutting up a Bentley, it is one way to stand out at the drag strip. It will make its racing debut at the FIA European Drag Racing Championship, which kicks off this weekend at the Santa Pod Raceway. 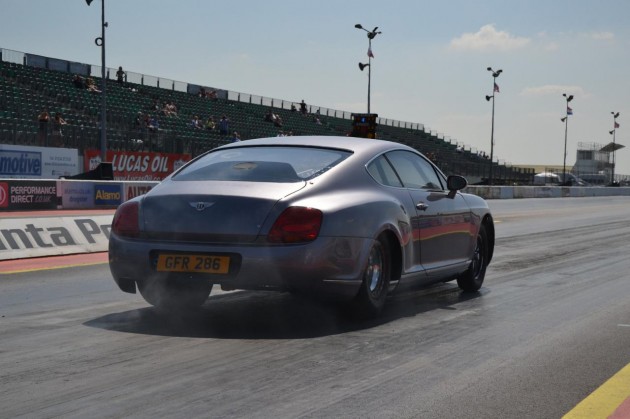