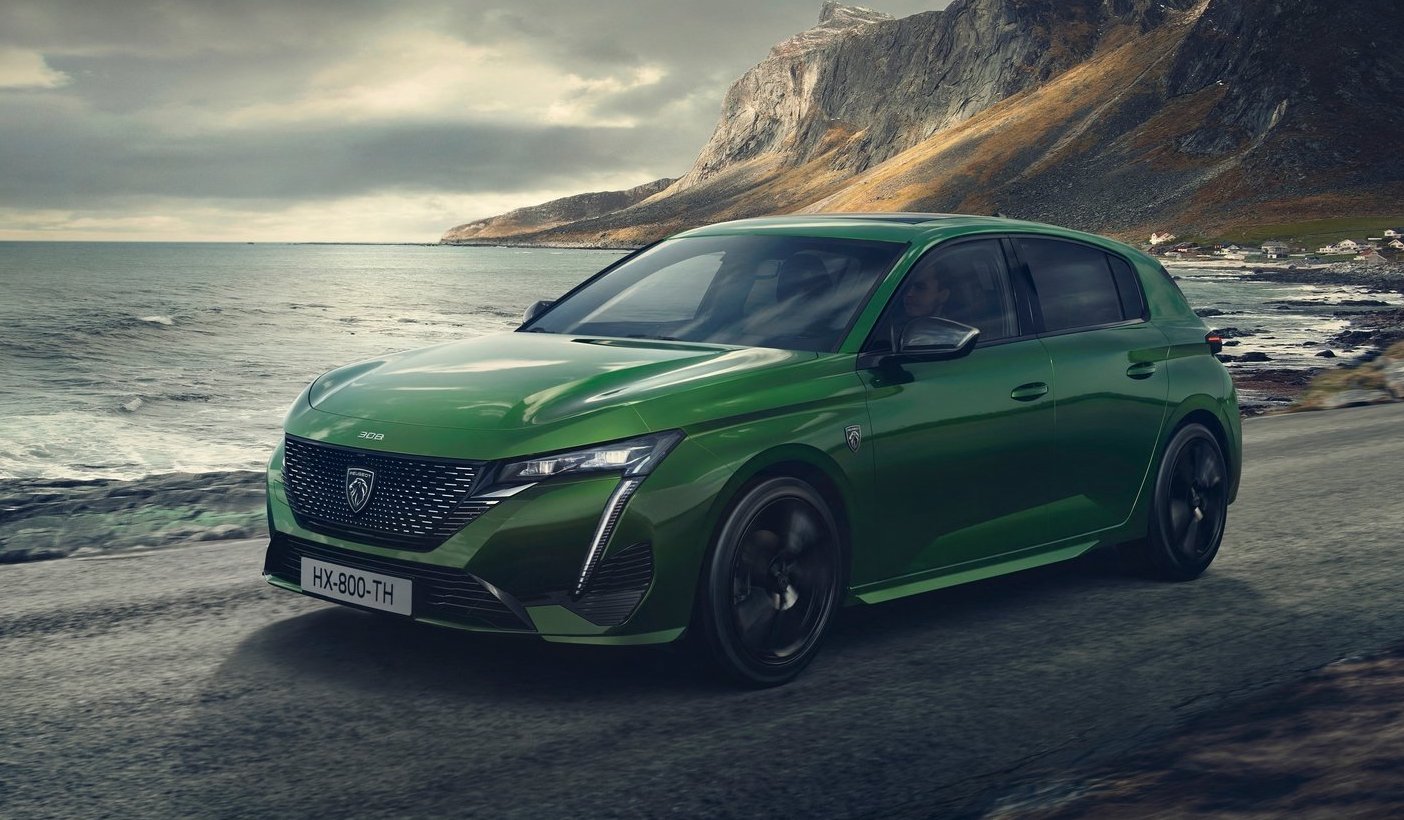 Say hello to the suave new 2022 Peugeot 308 hatch. It debuts some new technologies for the nameplate, while showing off a brilliant new design inside and out. 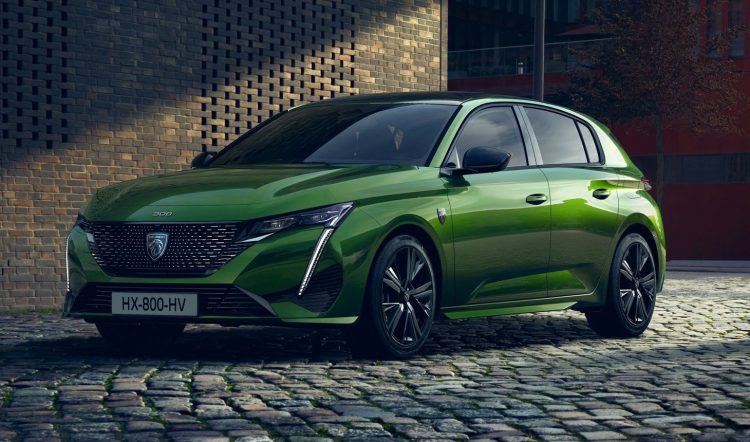 The new model is based on the EMP2 platform, which supports various powertrain setups including hybrid and fully electric systems. With the new layout comes some dimensional changes. For example, the body is 110mm longer than the outgoing model, with a wheelbase that’s 55mm longer to help increase cabin space, while the roof height is 20mm lower for a sportier profile.

In terms of design, it’s easy to spot the new LED headlights that extend down into the bumper bar, and the brand’s latest front grille layout with the new brand logo in the centre. Besides those, the body is sharper and more carved-out than before, making it look muscular and aggressive regardless of the trim level. 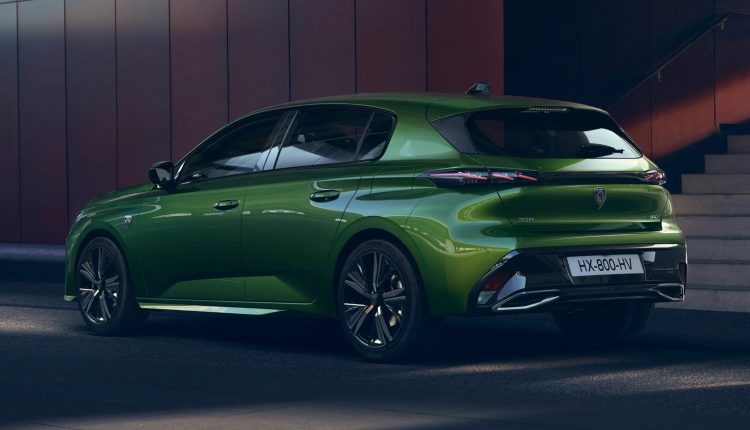 The design has been wind-tunnel tested and optimised for aerodynamics, featuring a drag co-efficient of just 0.28. Even the alloy wheels are designed to be as aerodynamically beneficial as possible, contributing “significantly to performance”, Peugeot says.

For the passengers, those new dimensions provide more knee room in the back, while the front passengers can be treated to 10-way power-adjustable seats complete with pneumatic massage functions. There’s also increased window thickness front and rear to improve refinement, rear climate vents, and an available Focal 10-speaker sound system. 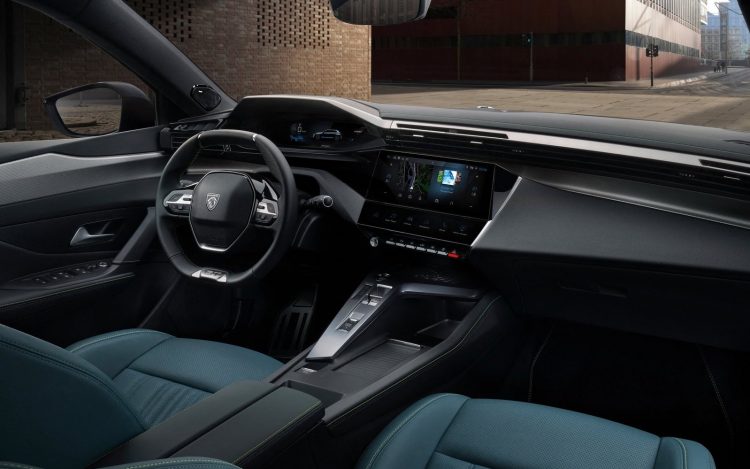 Most of the on-board controls and features are housed within the 10-inch touch-screen on the dash. It offers tablet-like functionality, including multi-window, widgets and shortcuts, and a home button for easy relocation from the menus. Another 10-inch screen is used for the instrument cluster, positioned at eye level, and there’s a 3D display setting available on higher grades.

As for the powertrains, Peugeot will be presenting three different three-cylinder turbo-petrol configurations and two turbo-diesel four-cylinder options. Market region availability is yet to be confirmed, but the petrol units range from 81kW and 96kW, with a six-speed manual and eight-speed auto. Meanwhile the diesels comprise of a manual or eight-speed auto, both producing 96kW. 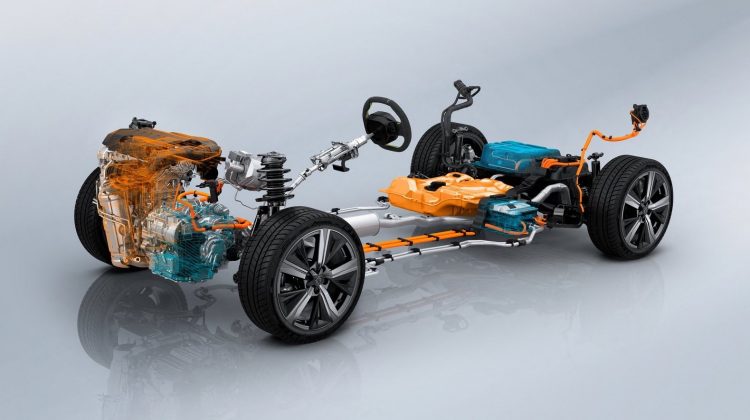 Two plug-in hybrid models will also join the range. The HYBRID 180 features a 110kW petrol engine paired with an 81kW electric motor, producing a combined 132kW. More interestingly, the top-spec HYBRID 225 model joins a 132kW petrol engine to the same 81kW electric motor, with an impressive combined output of 165kW. Both offer an electric range, of 60km and 59km, respectively.

“The new Peugeot 308’s bold and stylish design, commitment to creating an enjoyable and convenient environment and driving experience for the driver and passengers and enhanced technology combine to elevate the appeal of the 308. We look forward to welcoming the new Peugeot 308 to Australia in Q1, 2022.”

Details and specifications on the Australian models will be confirmed closer to market launch.