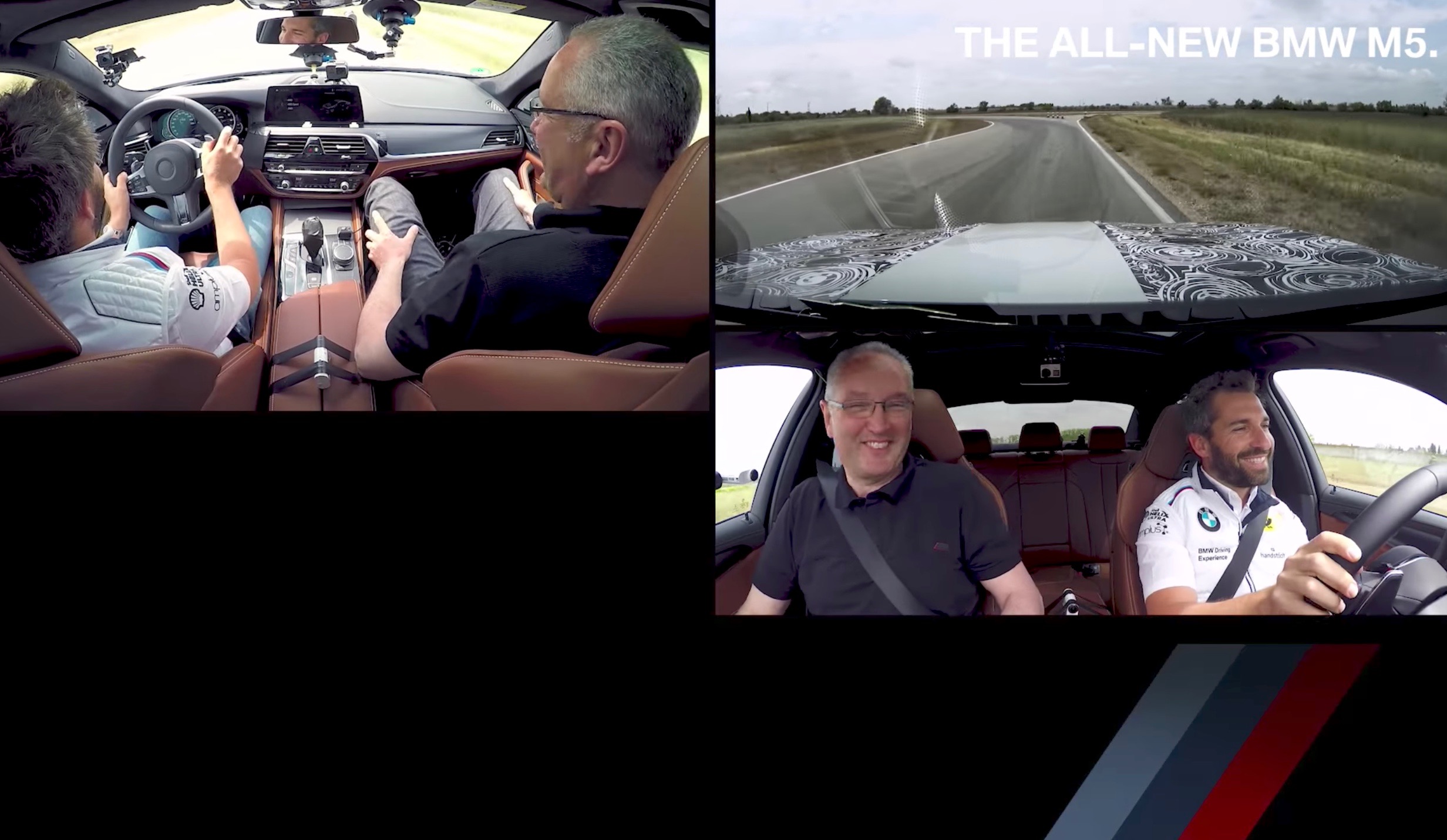 BMW has put together a neat video with BMW M development boss Dirk Hacker and former F1 driver Timo Glock going over some of the new M5’s driving settings and performance. 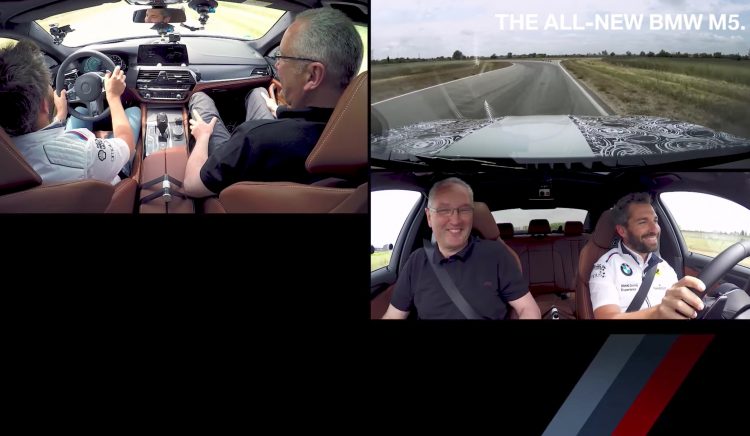 Dirk explains that the development behind the M5 was to maintain predictability and balance even at the upper limits of driving performance. Timo Glock says:

“I just think it’s such an easy-to-drive car. You get to reach a good speed quite quickly, because the car gives you an amazing sense of security. You never think you’re about to lose control.”

As we found out last week, the new M5 will switch to an all-wheel drive layout for the first time. This helps to get the power down to the ground, while the on-board computers are able to calculate what wheels have the best traction, and adjust torque delivery accordingly.

For traditionalists though the new M5 does offer the driver a number of driving modes, including a 4WD Sport which allows some slip angle and rear-biased torque delivery, and also a full 2WD mode for sheer rear-wheel drive fun. Glock first takes the car around in the standard, default 4WD mode and then Hacker unleashes the 4WD Sport to show the difference. In 4WD Sport mode, Hacker says:

“We’re pushing more off the rear axle. Our general philosophy is that the rear axle should reach its limit before the front axle is engaged. It’s a behaviour you’re used to from a standard drive. You can really steer it with the tail, with the gas pedal.”

Timo Glock asks about the car’s weight, but Hacker says it will be revealed later. However, Hacker does say that it weighs less than the outgoing M5 (1870kg, kerb) despite featuring the xDrive all-wheel drive running gear. Timo Glock says:

“But it feels like an M3 or an M4, the way it handles. You notice it has a bit more weight, but you can manoeuvre it well. Playfully… You definitely notice you can steer it better with the accelerator. But in such a simple way, with the front axle providing a bit of assistance.”

BMW revealed last week the car will use a 4.4-litre twin-turbo V8 producing 441kW and 700Nm. This is up from 412kW of the initial F10 M5. Unlike the F10 though the new model will use a more conventional torque convertor eight-speed automatic. It’s interesting to see Timo allowing the car to change gear itself, whereby we hear the active downshifting occur automatically when driving aggressively.

Hackers explains that the switch to the Steptronic auto from the dual-clutch auto allows more variable drive modes. The transmission can be set to change gear smoothly and slowly or, in the sport models, change quickly and more abruptly to support track driving.

If you’ve got a spare 20min and/or you are very interested in learning more about the impressive super-sedan, then sit back, relax, and click play below. This is a video you’ll thoroughly enjoy.