The stunning Aston Martin V12 Zagato has not only been confirmed for production, 150 will be built and some will make it to Australian showrooms. Is this the greatest news to come out of Aston Martin in recent times? Just the other day we reported that the V12 Zagato could be headed for production, and we merely nudged on the possibility of the supercar coming to Australia, but now, it’s all reality. 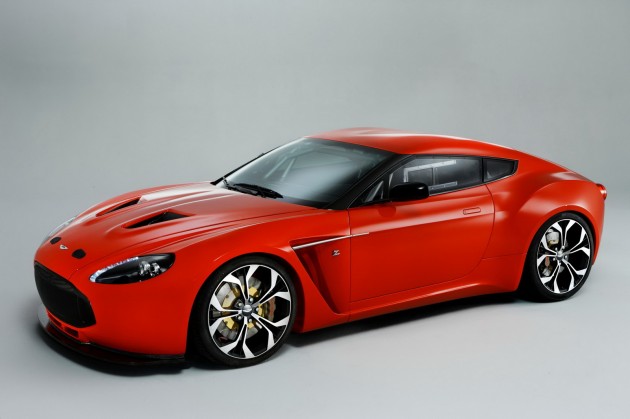 According to a number of recent reports from Australia and around the world, Aston Martin will be building “a maximum of 150” V12 Zagatos, and each will go on sale for £330,000. Aston Martin has also said it will be producing right-hand drive versions that will pass ADR rules allowing it to be registered and road legal in Australia.

We simply can’t wait to see one in the flesh. To refresh your memory, the V12 Zagato is based on the Aston Martin V12 Vantage only it is dressed in an exquisitely designed Zagato body, featuring a super-aggressive rear end with a hunkered down rear diffuser layout. The front shows off a very low race-car-style front splitter –  it is unlikely these aspects will make it onto the production, road registerable versions.

Under the bonnet sits the same 5.9-litre V12 engine from the Aston Martin lineup, pumping out 380kW and 570Nm. To refresh your memory, take a look at the video below and listen to that raunchy and raspy 12-cylinder sound.

It’s unknown when these beasts will be available to order, but we’ll keep you posted.