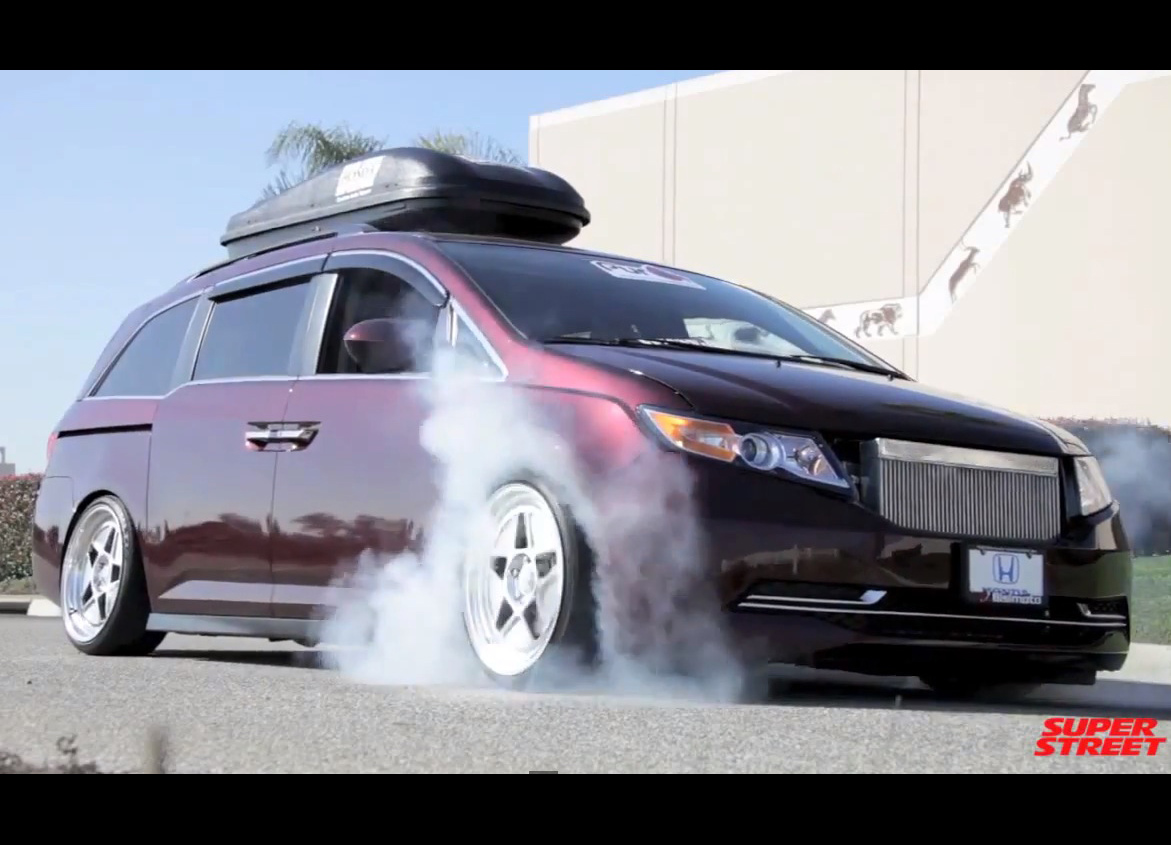 Here’s something different. It’s a family van, sure, but, it has a J35 V6 engine conversion. Not only that, the engine has been extensively tuned with two Turbonetics BTX7265 turbochargers. As a result, this is one of the most insane shopping cars we’ve ever seen, producing some 1029hp (768kW).