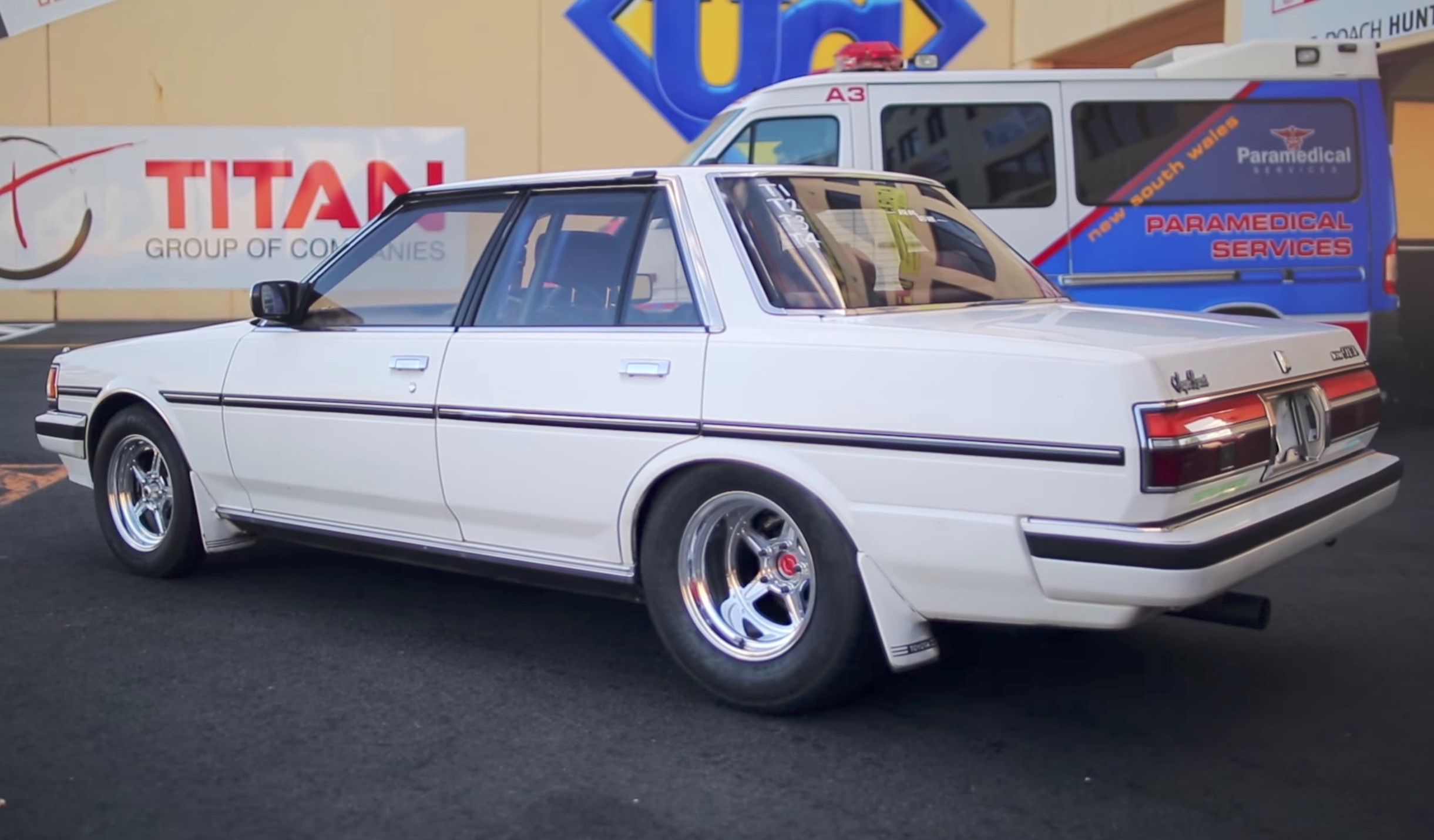 The boys at Mighty Car Mods have well and truly outdone themselves this time, installing one of Australia’s favourite motors, the ‘Barra’ inline six from the Ford Falcon, into a classic JDM Toyota Cresta. 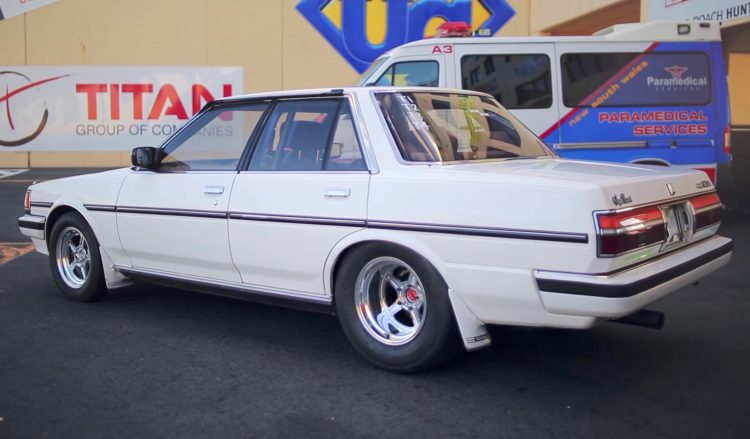 Marty and Moog sourced a very tidy looking Toyota Cresta, which is like a sexier, more compact Cressida that we didn’t get here. The boxy and formal looking ’80s sedan was plucked from its homeland in Japan, before being shipped to Australia.

It is still very fresh off the boat when the boys get to work gutting it of its original 2.0-litre inline six, which is weedy by today’s standards. In its place goes a true legend. The Ford Barra as seen in the XR6 Turbo and FPV F6. It is treated to a new turbo, some refurbishment and a GM four-speed auto transmission. The whole setup is crafted with care and precision the MCM lads are renowned for, resulting in a very tidy and epic sleeper.

To commemorate the imminent release of Transformers: The Last Knight this month, the car is built around the theme of the robots in disguise, which is also tied in with flair-tastic synths and some edgy ’80s scripting and production values.

The goal was to hit the 10-second mark down the quarter mile. Did they succeed? Watch below to find out.