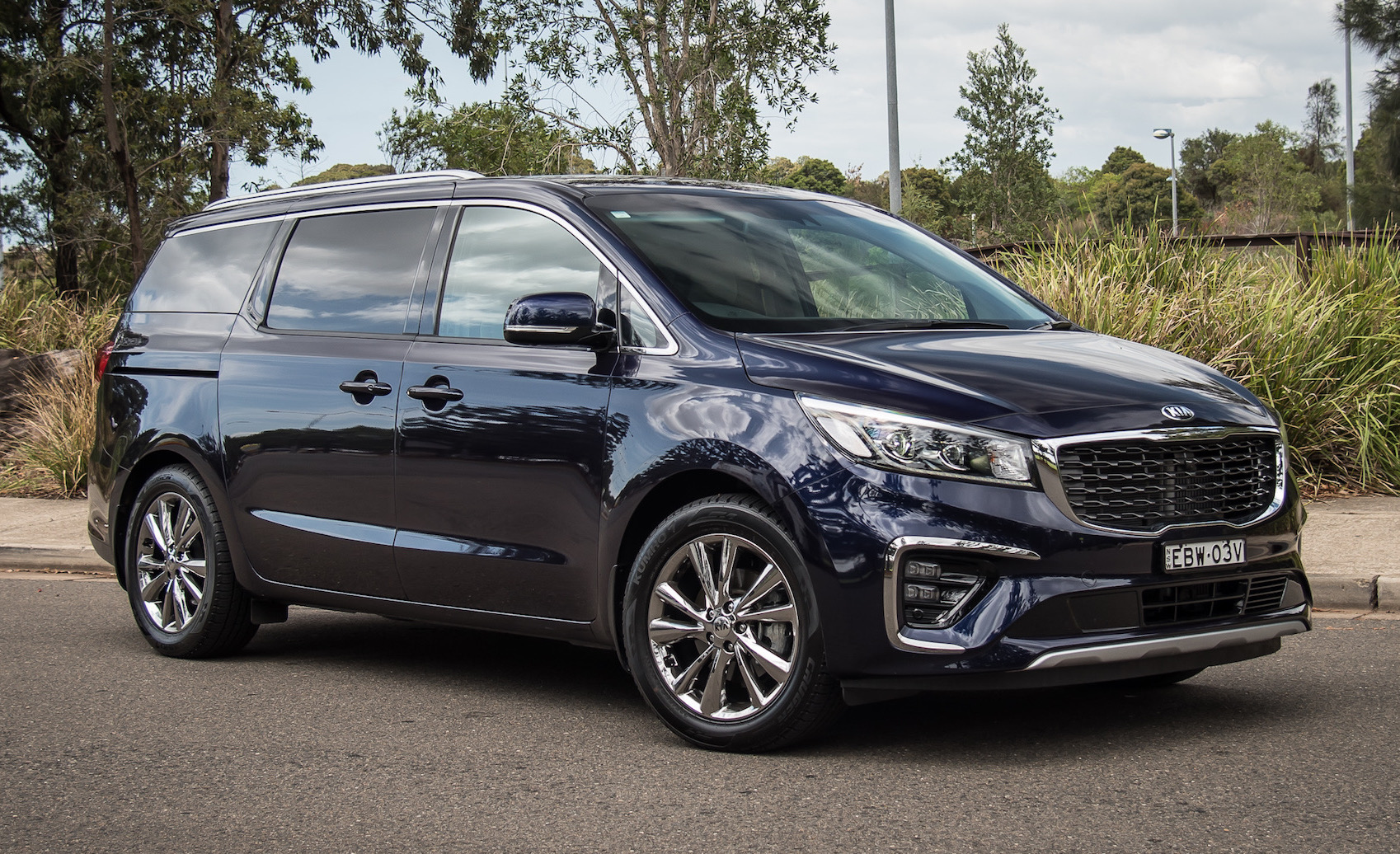 When it comes to the job of carting lots of people around in a vehicle, MPVs and people movers are simply the best at it. They probably always will be, despite the influx of SUVs and crossover that are popping up that promise similar levels of accommodation. Let’s take a look at the 2020 Kia Carnival Platinum diesel to see how it shapes up against the new trends. Kia is known to be working on an all-new Carnival, and it’s said that it will share platforms with the next-gen Hyundai iMax. At the moment the Carnival uses a different platform which is front-wheel drive and offers a more complex independent rear suspension setup, as opposed to the iMax which is rear-wheel drive with a live axle rear end. This is because the iMax has to share mechanical responsibilities with the heavy-duty iLoad work van.

No major changes are made to the 2020 Carnival. It has been around now in essentially the same form since 2015. There were some updates to safety and technology in 2018, and minor cosmetic tweaks. While we have previously tested the 3.3-litre V6 petrol option, we thought we should also test out the more popular diesel to see how it goes. Measuring 5115mm in length – which is over 100mm longer than the 200 Series Toyota LandCruiser – and standing 1985mm wide and 1755mm tall, the Carnival is a massive vehicle. This should be considered if you have a small garage or tight parking space. However, the width isn’t too bad so you don’t have to be too cautious in shopping centres and typical car parks.

With these dimensions you do get a huge cabin. Sitting up the front is fun as you sit high and the windscreen extends low, like in most MPVs and vans. But you don’t sit on top of the front wheels, and that’s helps with comfort. An extended, albeit stubby, bonnet also helps with safety as it provides crumple zone and room to absorb an impact, if such an unfortunate event were to occur. The floor is also very flat which frees up legroom and overall freedom to move about. There is a conventional centre console in the Carnival which does help to give you that sense of being submerged in the cabin rather than sitting on top of it. It also provides lots of storage options for your things, with a huge centre box, cup holders, and shelves front and rear for you phone and so on.

Up on the dash all variants come with a touch-screen media interface, however, the Si, SLi and Platinum use an 8.0-inch screen over the 7.0-inch item in the base S model. It is running an older operating system compared with some of the more modern Kias that are out at the moment, but even still, it does come with Android Auto and Apple CarPlay as standard. You also get a surround-view parking camera in the Platinum, as well as an eight-speaker premium sound system by JBL in the SLi and Platinum. There’s no doubt Kia has looked at high-end luxury cars for inspiration in designing this cabin, as it looks and feels very premium in Platinum spec. We love the light grey/grey leather trim in this specification as well because it really brightens up the atmosphere. Light and space is sometimes regarded as the definition of luxury, and that certainly rings true in here.

Of course, this isn’t a premium vehicle, so there are some ordinary plastic surfaces, particularly in the lower sections of the cabin. But these are quickly excused as plastic is more durable than finer materials, and these will no doubt stand the test of time, especially against years of heavy-handed family abuse. One recommendation we have to Kia is to not use light-coloured plastics for key wear and tear areas, such as the boot wall and lower centre console. Scuffing and marks will likely show pretty soon. In terms of passenger space in all three rows, the Carnival easily has all of the common seven-seat SUVs pipped. The middle row offers fully adjustable chairs with slide and recline action, and the third row offers plentiful legroom and headroom. There’s even pull-up sun blinds on all side windows (except the front, for obvious safety reasons), and dual cup holders in the third row with ceiling-mounted climate vents. Overall there are 10 cup holders inside, with four bottle holders, and tri-zone climate control.

Boot space is measured at an enormous 960L with all seats up. Part of this is thanks to a deep cavity for where the third row is stored when folded down. This space is completely useable and actually helps to stop smaller items from rolling about. Flip down both rear rows and you’re left with a shed-like 4022L of space. The floor isn’t complete flat and even in this mode though as there are various mounting brackets and handles exposed. You probably won’t believe us but we find it quite fun driving a van. There’s another level of engagement that you just don’t get with a conventional car or SUV. We think it has something to do with the wide and open vista ahead, and the fact that you’re almost sitting on the front wheels. You always have a strong sense of where the front end is on the road, so even just plodding around the suburbs and around roundabouts can be entertaining.

The steering is a bit numb, as to be expected for this sort of vehicle, but the Carnival does sit very flat and mostly planted when railing around corners. It’s only when you push it hard that understeer starts to present itself. Considering it weighs 2137kg (tare), it handles surprisingly well and we will maintain our view that it is engaging and fun during common conditions and under normal to higher-tempo demands. We think the diesel engine is definitely the pick. With 440Nm available from as low as 1750rpm, this is great for lugging around that hefty mass. In the V6 you only get 336Nm, which simply isn’t enough for this kind of weight. It also means you don’t have to rev it hard to achieve decent acceleration. In fact, it’s pretty easy to scoot off the lights ahead of others while using only half throttle.

Across the 0-100km/h sprint we timed it in 9.83 seconds. This isn’t far behind what we previously achieved in the V6 Platinum; 8.59 seconds. Peak power of 206kW in the V6 is obviously more effective during flat-out driving while maintaining high revs. But if you were to race the two engine options and you were only allowed to use 50 per cent throttle, the diesel would win.

In terms of fuel economy the official average is 7.6L/100km, which is excellent for such a big and heavy vehicle. We averaged 8.3L/100km during our week (980km) of testing, which included performance tests and running to and from the office on highway. The 2020 Kia Carnival is definitely ideal for large families. More ideal than any large SUV. There’s more headroom and legroom for all three seating rows, more boot space in all configurations, and the ease of use makes it perfect for mums and dads and even learning drivers. Going for the Platinum adds a surprisingly luxurious flair, and loads of standard features.

About the only real downsides are that you’re left with a van, which isn’t as fashionable as an SUV. You also can’t venture off road like you can in some seven-seat SUVs. But instead, we’re sure everyone inside will be happier and more comfortable overall, particularly on long journeys.