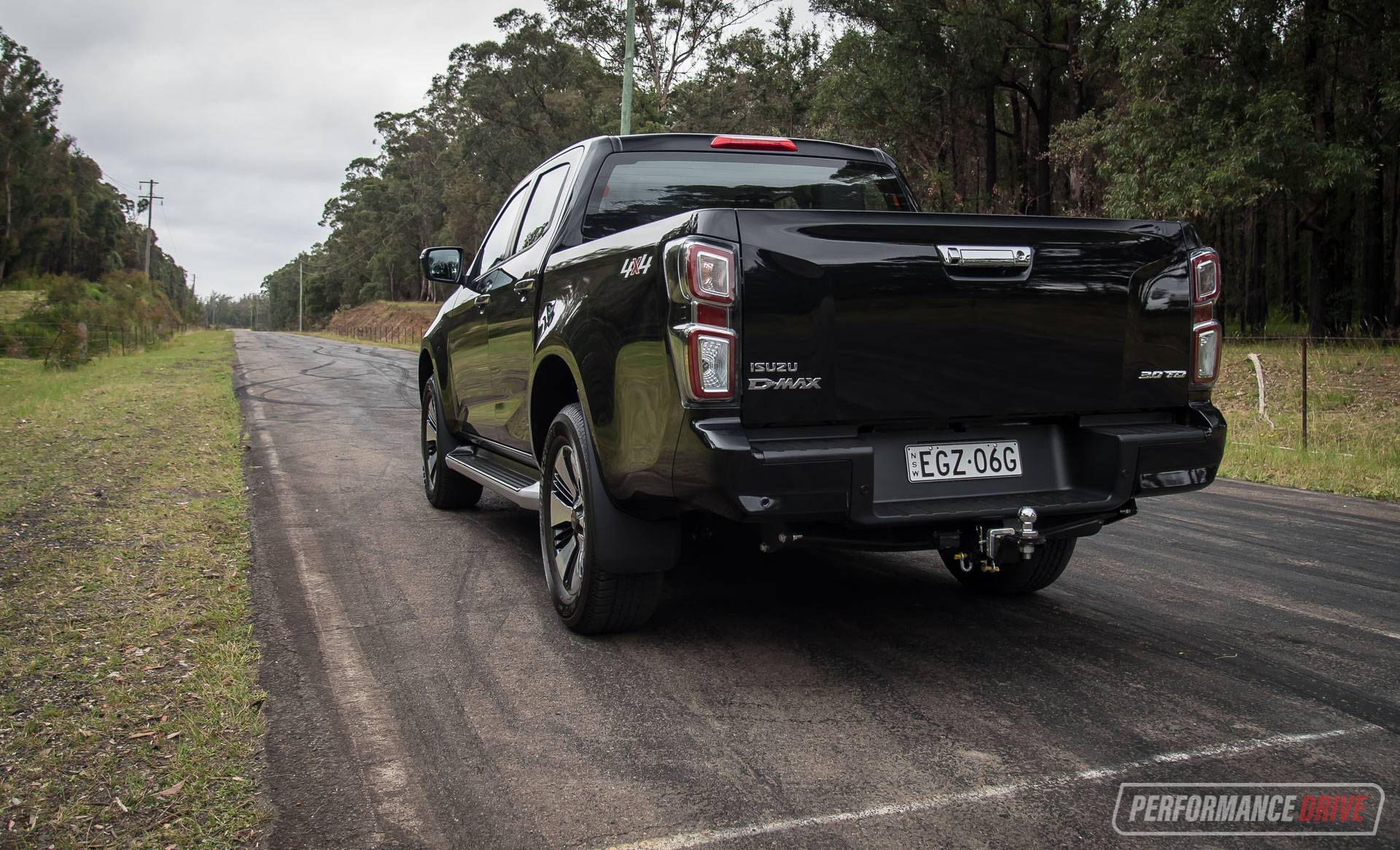 Yep, the new 2021 Isuzu D-Max does 0-100km/h in under 10 seconds. Obviously acceleration is not primarily what dual-cab diesel utes are designed for, but busy tradies will be pleased to hear the new model is one of the quickest in its class. 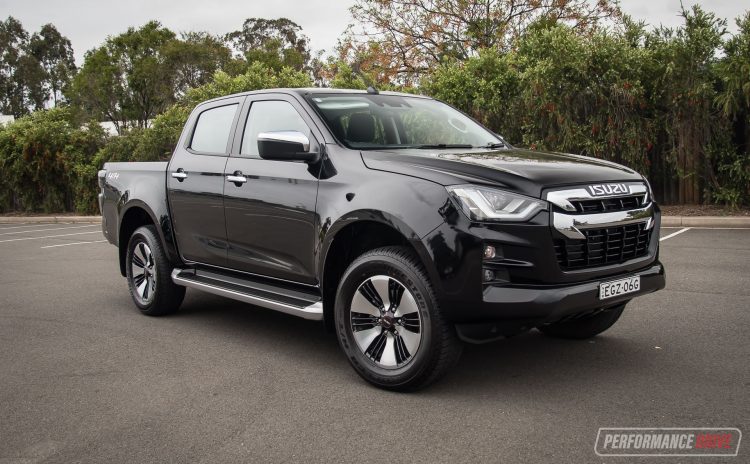 According to our tests (complete results table here), conducted with a Racelogic Vbox Sport on a private road, the 2021 Isuzu D-Max can cover the common 0-100km/h sprint in 9.75 seconds. We also tested it in four-wheel drive mode, which reduced the time to 9.73 seconds. That makes it the second-quickest automatic four-cylinder diesel dual-cab ute we’re ever tested.

Over the years we’ve tested 25 different utes across the standard sprint with the Vbox, on the same piece of tarmac. The quickest time we’ve ever seen from a diesel four-cylinder dual-cab was from a 2019 Holden Colorado LTZ. The best time we recorded was 9.49 seconds. It uses a 2.8-litre turbo-diesel that develops 147kW and 500Nm, with a kerb weight of 2137kg. We also tested an LTZ space-cab in 9.71 seconds in 2017, as shown in the table below. 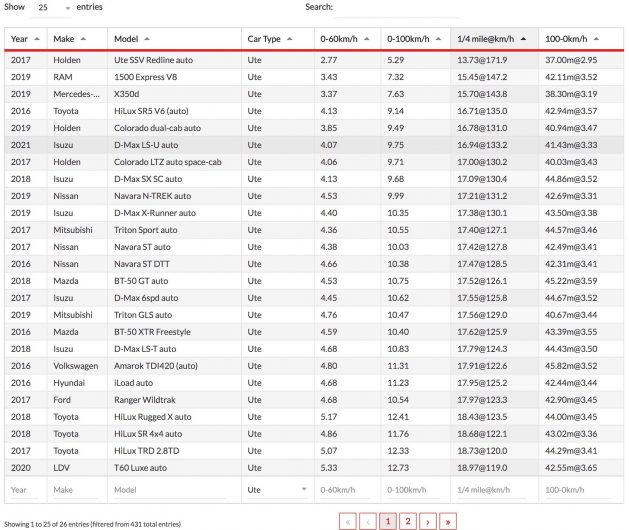 Isuzu has given its 4JJ 3.0-litre turbo-diesel four-cylinder a major overhaul for the 2021 model. There’s a new block, pistons, head, and new injectors. And it’s all pressurised by a fresh variable geometry turbocharger. As a result, power is lifted from 130kW to 140kW, and torque is pushed from 430Nm to 450Nm. 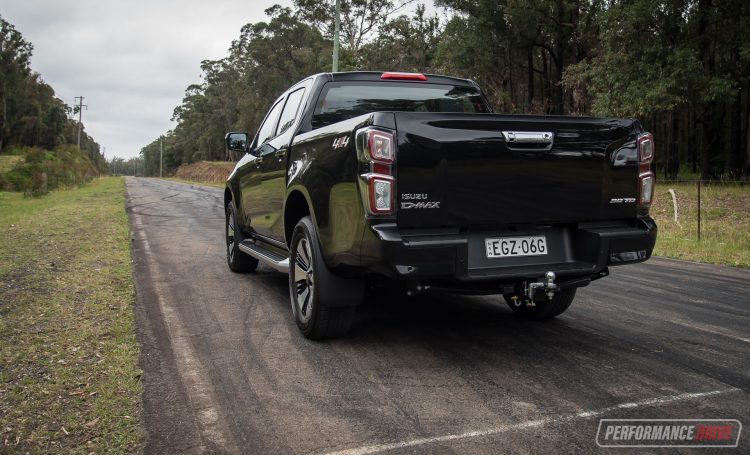 Considering the 2021 model is a tiny bit heavier, these new times are quite impressive. Specifically, the old LS-U dual-cab auto had a kerb weight of 2021kg, while the new version weighs 2045kg. This is mainly due to a liberal dose of advanced safety technologies fitted for MY2021, while the chassis has be tweaked to optimise weight. In fact, there is more high-tensile steel used in the new model’s construction which helps to increase strength but also reduce weight.

During our recent tests we also recorded some impressive improvements on engine nose. While the old model measured 51 decibels at idle, this new heavily-revised engine measures 48 decibels. Under full-throttle acceleration our stand-alone decibel gauge measured 83 decibels in the old model and a decent 79 in this new model.

Although these measurements might not be a high priority to some buyers, it is great to see a healthy evolution from an old model to a new one. We will be putting together a full review of the LS-U dual-cab soon, as well as tests of the SX single-cab two-wheel drive and top X-Terrain, including off-road tests. In the meantime, you can check out how the new model goes in our video below.