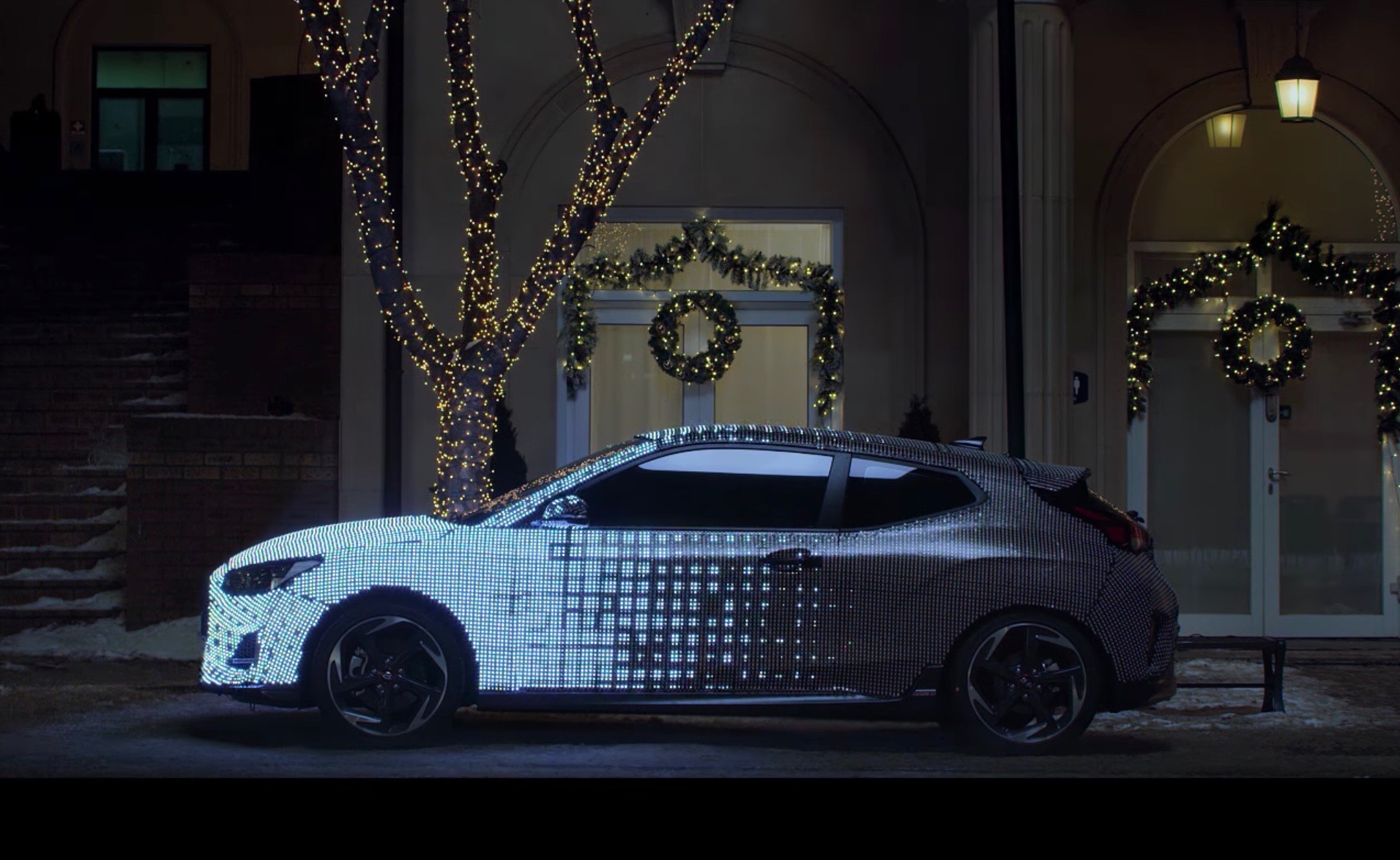 Another teaser of the incoming second-gen Hyundai Veloster has been released, giving us a preview of the new model’s new-age flair via an LED light show. 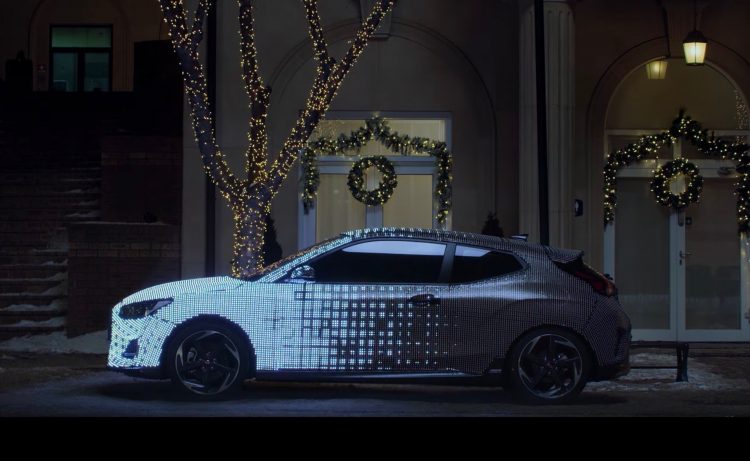 The body design is pretty much revealed, at least from the side profile view, as LEDs are sprayed over the panels as part of a techno light display. We get a good look at the rounder rear end and D-pillars.

There’s also a glimpse of the new-look alloy wheel design, and confirmation of a two-door layout for the driver’s side like the existing model. The front end will incorporate Hyundai’s latest cascading grille design too, as revealed in previous teasers.

In term of the powertrains, a 1.4-litre turbo has been rumoured to replace the naturally aspirated 1.6L base model, potentially in some markets only. Meanwhile the flagship 1.6 turbo, currently producing 150kW and 265Nm, is set to carry over.

There’s been no confirmation on any power gains for the top turbo model, but a previous teaser seems to confirm Hyundai has done something about the boring exhaust sound. Having recently finished the i30 N hot hatch, it looks like the company is going to be using some of the performance developments for the Veloster to help create a better exhaust sound.

As for the interior, we can expect an updated dash design with a new touch-screen media interface, potentially mounted in tablet-like form. This is likely to be packaged with Apple CarPlay and Android Auto technology.

The 2019 Veloster will be unveiled in January, with home market sales expected to begin during the middle of the year. Australian sales are likely to commence in the later stages of 2018. Take a look at the teaser video below for more.