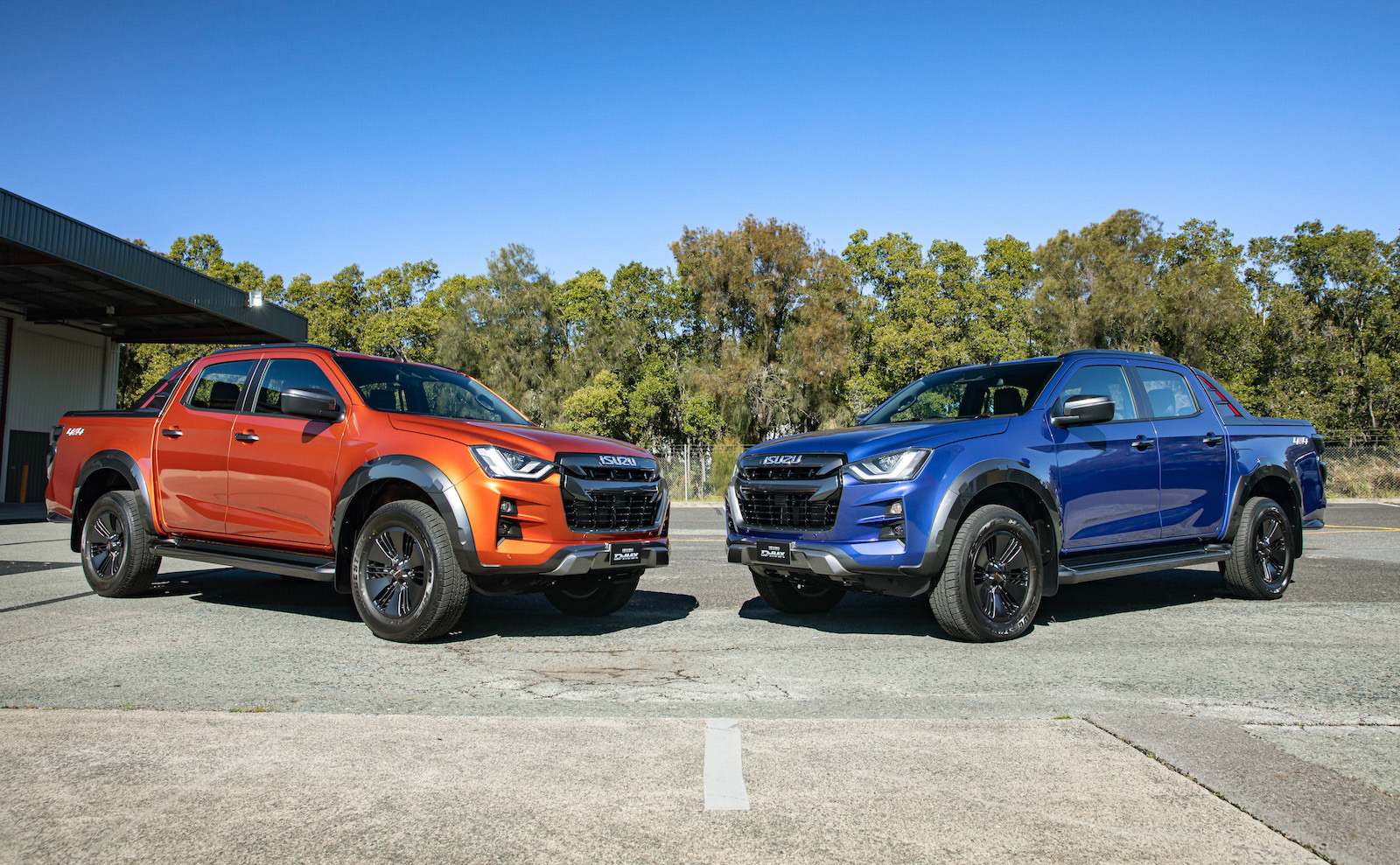 As promised, the Australian-spec 2021 Isuzu D-Max has been revealed today, ahead of its on-sale date on September 1. The new model showcases a fresh design, improved in-car comfort and technology, and a more powerful engine. 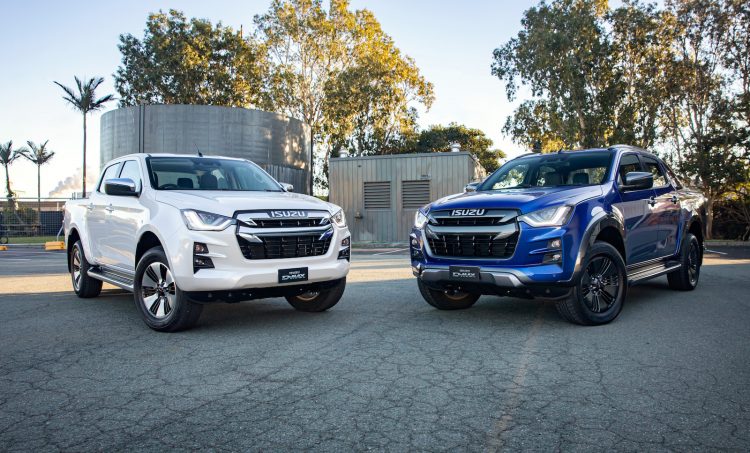 Isuzu unveiled the new ute in Thailand in October last year, debuting a brand new 3.0-litre turbo-diesel four-cylinder engine. And it is almost all new, with a new iron upper block and cast alloy lower block, and an aluminium alloy cylinder head. Outputs are now 140kW at 3600rpm and 450Nm between 1600-2600rpm – up from 130kW and 430Nm in the outgoing model. 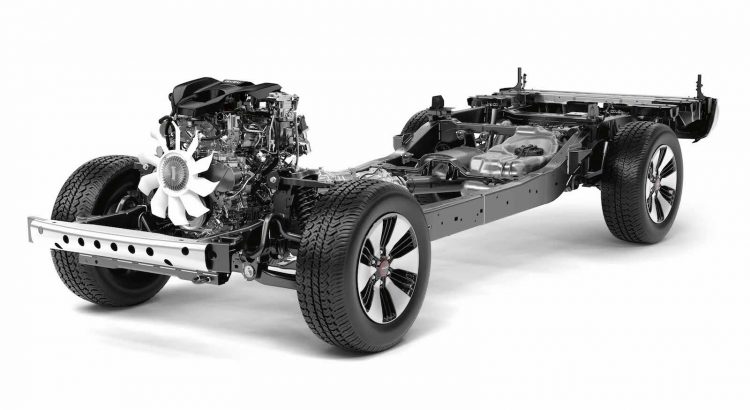 Not only is it more powerful, Isuzu promises the engine is also much quieter and more refined than the outgoing motor. It comes matched to either a six-speed manual or a six-speed auto. The Aisin-based auto, which has been recalibrated from the old unit, features Rev-Tronic technology with a sports mode that automatically selects the most appropriate gear and lock-up points according to the driving style.

New for the D-Max is an electronic differential lock for the rear axle. It comes standard on all 4×4 models and can be engaged on the go when in low range at speeds up to 8km/h. The lock automatically disengages when the driver exceeds 30km/h. All traction control systems are deactivated when the diff is locked, however, the autonomous emergency braking system remains on – but it can be turned off separately. 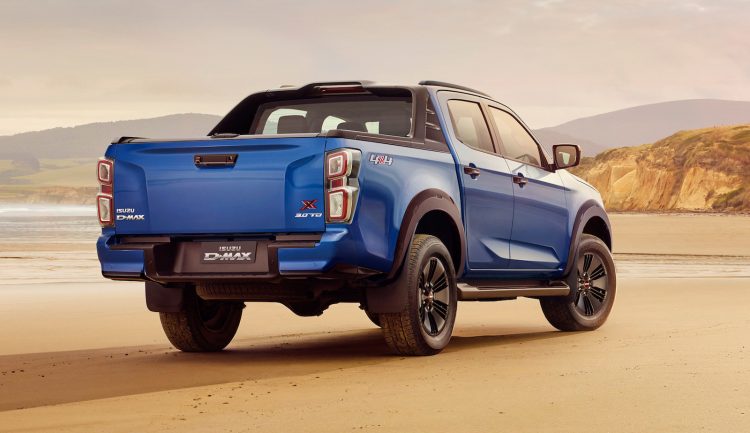 Four main trim levels are being presented for the Australian market, including SX, LS-U, LS-M, and a new range-topping X-Terrain (essentially replaces the old LS-T). All are powered by the updated 3.0L diesel, with combined fuel consumption averages spanning from 7.7L/100km up to 8.0L/100km for the top models. 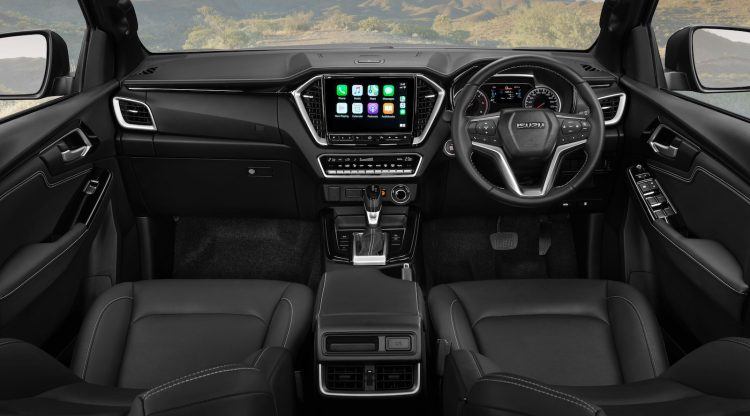 As we saw with Thai version last year, the interior has been vastly updated over the previous model. All models come with a comprehensive touch-screen media interface, with a 7.0-inch screen for the SX, and a new 9.0-inch screen for the others. Android Auto and Apple CarPlay is standard across the board, along with a rear-view camera.

In terms of safety, Isuzu has installed its latest IDAS (Intelligent Driver Assistance System) safety suite to all models as standard. It includes autonomous emergency braking, rear cross-traffic alert, lane management systems and blind-spot warning, traffic sign recognition, and adaptive cruise control for auto models. All of this is standard across the board – very impressive stuff for this class.

Isuzu continues to offer a six-year warranty, as well as seven years capped-priced servicing and seven years roadside assistance. Prices start from $32,200 and top out at $62,900 (excluding on-roads).