Audi has released details of the 2013 Audi S3, just after unveiling the new A3 Sportback. The high performance model packs more technology, improved efficiency, and a 33kW power boost. 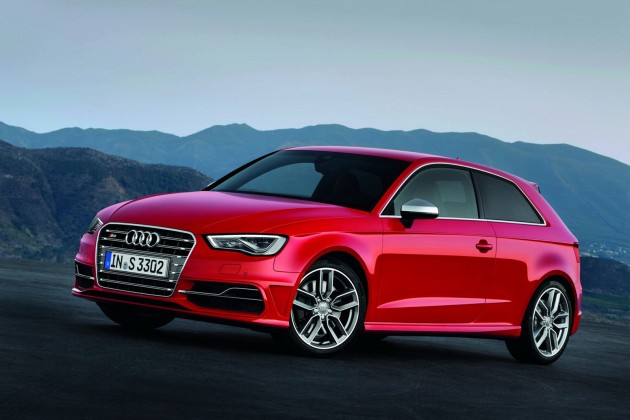 The current model S3 comes with a 2.0-litre TFSI turbocharged four-cylinder producing 188kW. The 2013 model features a newly-developed 2.0-litre TFSI turbo four. Audi says the only aspect that is shared on the new engine with the outgoing one is the displacement of 1984cc.

Power is now at a very serious 221kW, while the 380Nm torque figure should be enough to rip the A3-based hot hatch around corners like a roller-coaster. It enables the S3 to accelerate from 0-100km/h in just 5.1 seconds (S tronic), with a top speed limited to 250km/h.

The new model will be available with either a six-speed manual or a seven-speed S tronic dual-clutch auto. In the S tronic, average fuel economy is rated at just 6.9L/100km, making for a very desirable set of power/economy figures. 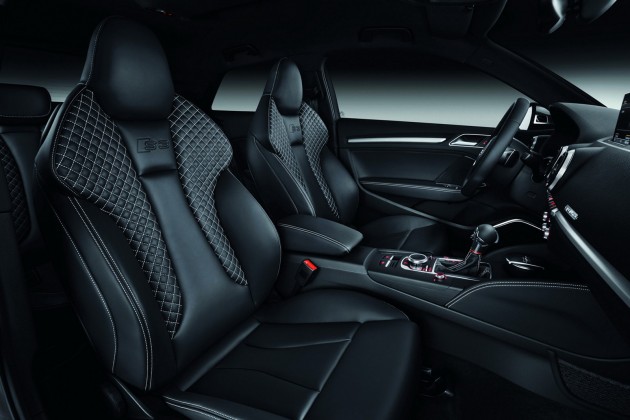 Like the current model, the 2013 S3 comes with sporty styling enhancements on the outside, and a similarly focused interior on the inside, with highly bolstered sports bucket seats and ‘S’-themed details.

Internationally, the new model will arrive in dealerships in early 2013.

As for Australia, we are likely to get the Sportback five-door version, not yet revealed, during the second half of 2013. Local pricing and specifications are yet to be confirmed.

UPDATE: Audi Australia corporate communications executive Shaun Clearly confirmed with PerformanceDrive that locally, the S3 will only be available in five-door Sportback form. Market introduction dates are yet to be finalised.