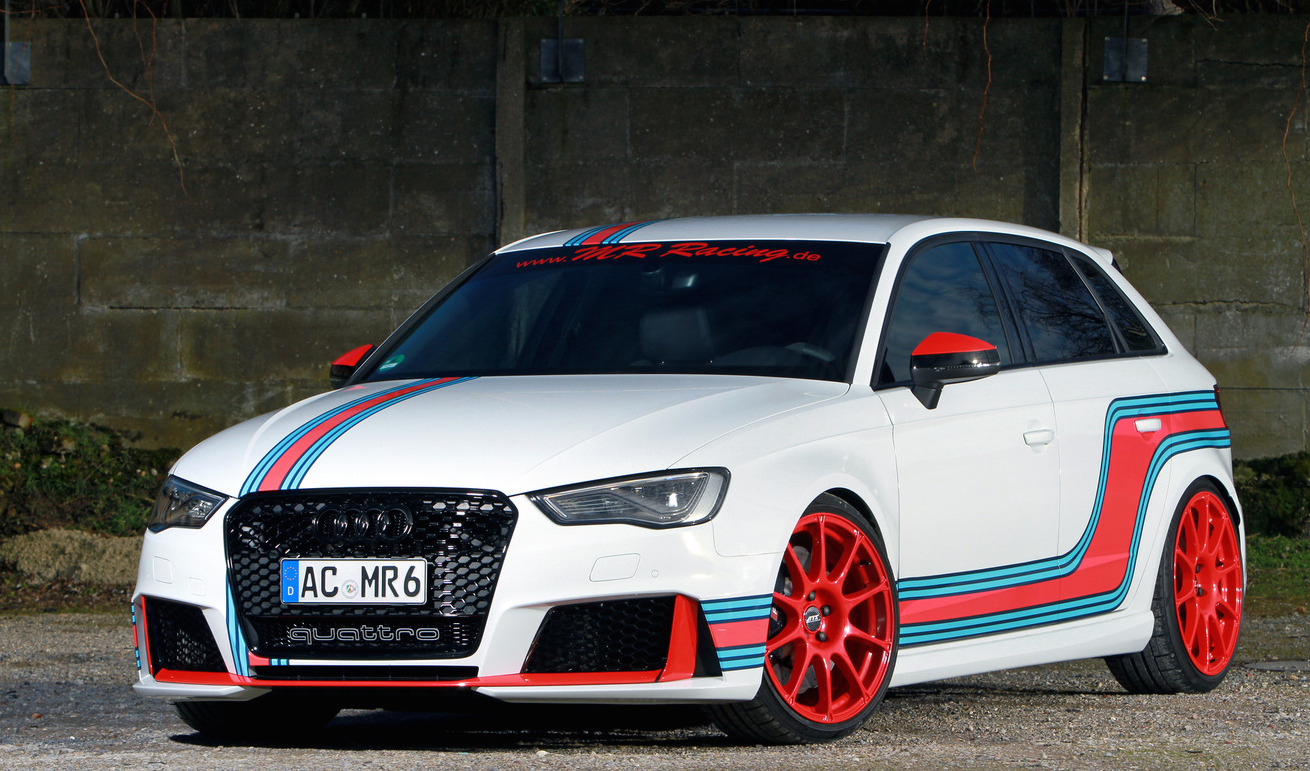 The tuning potential of Audi’s turbo 2.5-litre five-cylinder engine, seen in the RS 3, is already well documented. In standard form, it throws out 270kW and 465Nm. 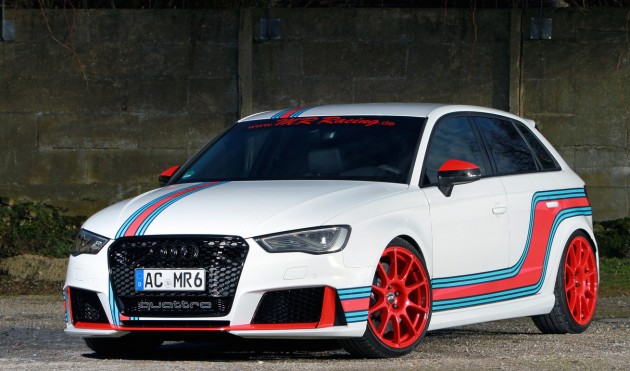 Popular tuners of the four-ringed brand include MTM and ABT, who have tuned this engine to 369kW and 316kW, respectively. Another player, MR Racing, has emerged with its Stage 1 kit, creating 330kW and 653 pavement-devastating Newton metres.

Upping the ante to Stage 2 sees 393kW and 700Nm on the back of a high-pressure fuel system, better breathing intercooler and larger turbocharger. Performance? 0-100km/h in 3.6 seconds and a 300km/h top speed. Three hundred in a hot hatch – just ponder that for a minute.

This is an improvement from the stock RS 3’s already jaw-dropping 4.3-second sprint to 100 and 280km/h top whack.

A Martini-look paint scheme with red rims and some bodykit additions complete the setup, as well as coilover suspension and sticky 235/35 R19 Pirelli tyres. A similarly fitted out interior completes the ensemble .

The Audi RS 3 Sportback starts from $78,900 in Australia, with an RS 3 sedan due some time this year. It competes with the Mercedes-AMG A 45, BMW M135i, as well as some in-house competition from VW Golf R and the imminent Ford Focus RS.