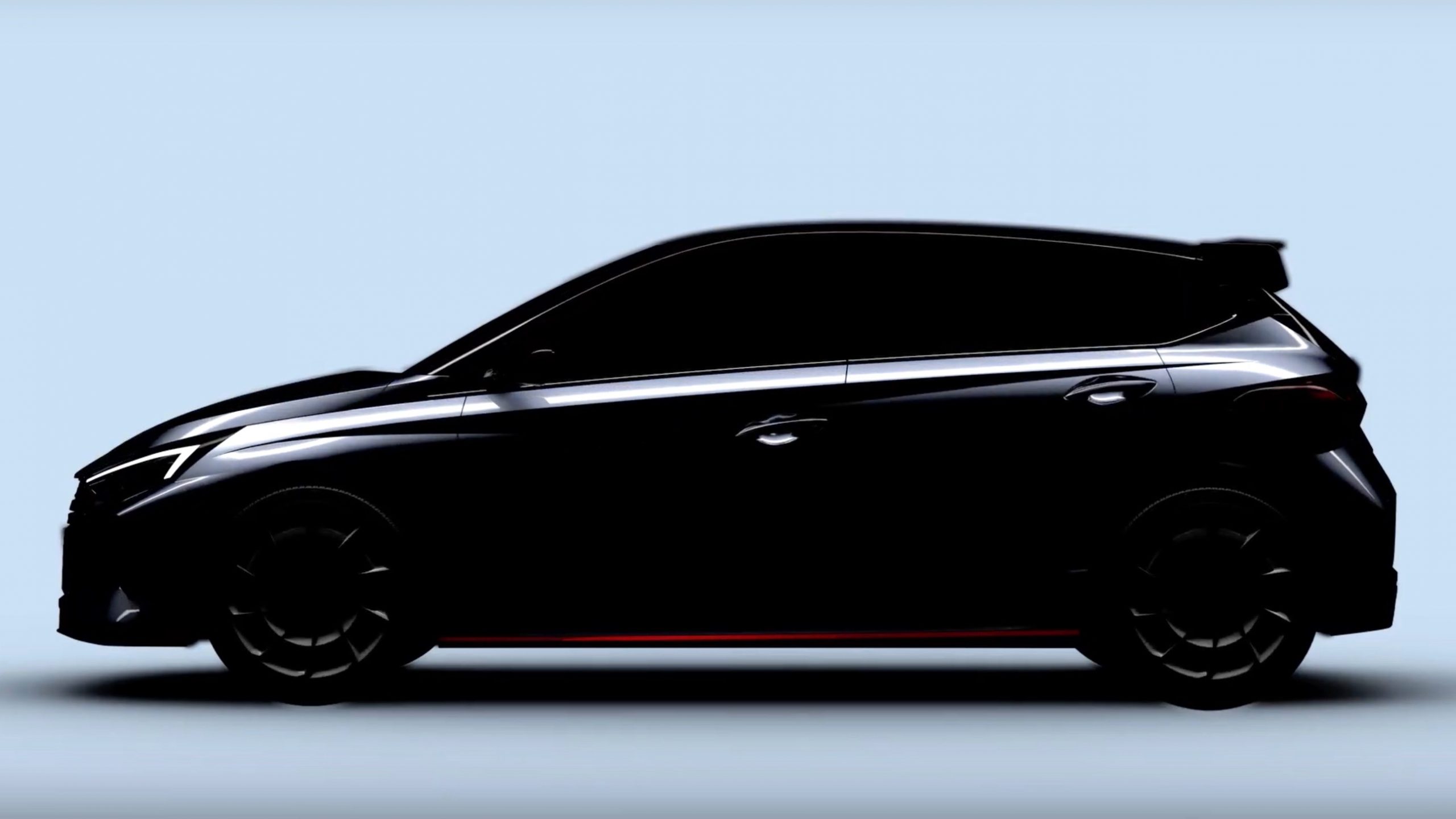 It seems Hyundai could be close to unveiling its next high performance N model, which, by the looks of this little teaser, could be an i20 N compact super hatch. 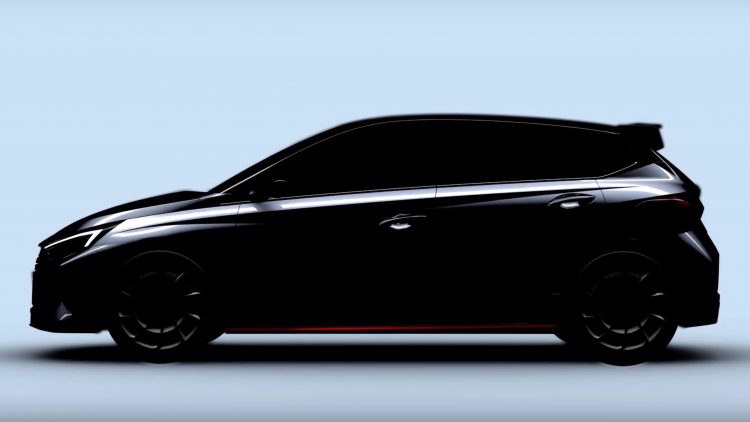 Toyota only recently announced its new GR Yaris, which is a hardcore hot hatch for the compact car class. It basically follows in the footsteps of and essentially builds further on cars like the Ford Fiesta ST and VW Polo GTI.

A Hyundai i20 N has long been rumoured to be the next N model following the i30 N, especially with the i20 WRC campaign going on. Such a model would provide a nice connection between the showroom and the company’s endeavours in motorsport. This is similar to what Toyota has done with the Yaris.

Hyundai’s Austrian arm has posted up a promo video onto its YouTube channel showcasing the all-new i20 regular compact hatch. However, right at the end a dark silhouette is flashed up momentarily, showing the side profile of something that looks rather sporty.

Some of the obvious highlights include a red-trimmed side skirt, motorsport-like multi-spoke alloy wheels (large ones too), and front and rear spoilers. However, if you take a close look at the rear spoiler it does look suspiciously feathered around the edges, like it has been Photoshopped. It’s a similar story with the raised bonnet.

Nonetheless, Hyundai is, in some way or another, wanting to preview some kind of spiced-up version of the i20. There is a chance it could be previewing an upcoming ‘N Line’ package for the new i20, but judging by the size of the rear wing and those wheels, we reckon it’s the full-cream N model.

No specifications or anything juicy are revealed with the video, even in the description. As far as rumours and reports go, the i20 N could come with a 1.6-litre turbo four-cylinder producing around 150kW. Hyundai already has a 150kW 1.6 turbo in various models, such as the Veloster Turbo. But if this engine were to adopted for the i20 N we’d be guessing N division will be making some tweaks to it.

Expect a barking exhaust, revised power and torque curves, and a manual transmission potentially with a limited-slip diff. The rest of the car is set to receive the full N treatment, with stuff like adaptive sports suspension, big brakes, and bespoke interior and exterior appointments.

Despite the regular i20 being off the table, Hyundai Australia has said it would put its hand up for an i20 N if it were offered in right-hand drive.