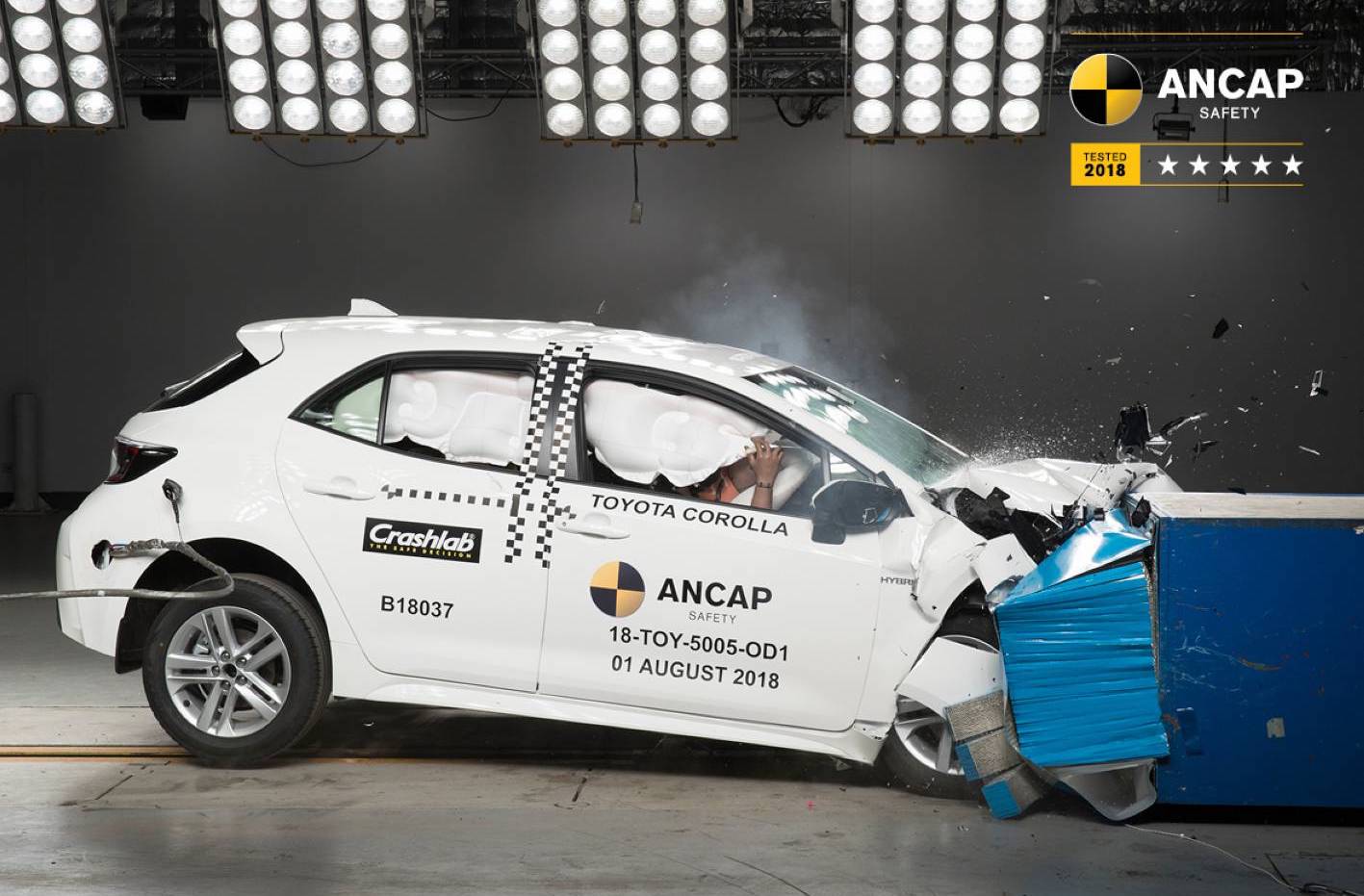 The all-new Toyota Corolla has just passed through ANCAP’s stringent crash test safety gauntlet and it has come out the other side with the full five-star seal of approval. 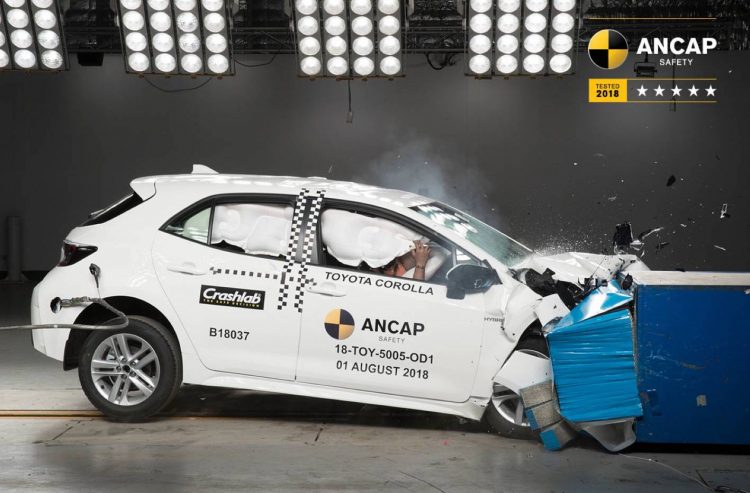 Toyota Australia launched the new model, which really is all-new, underpinned by the latest Toyota New Global Architecture and powered by some new engines, earlier this month. It was always expected to retain the five-star safety rating, carrying on from the outgoing model, but now there’s been confirmation.

In the latest tests, performed by ANCAP in Australia, the new model scored some impressive marks. For adult occupant protection it received 96%, and 83% for child occupant protection. Some new technologies such as autonomous emergency braking with pedestrian detection as standard helped it earn 86% for ‘vulnerable road user protection’, and 76% for its safety assist systems.

All variants come standard with an armful of airbags, lane keep assist and lane departure warning, as well as the usual traction and stability control. A rear-view camera, road sign recognition and active cruise control is also standard on all models. Speaking about the result, ANCAP CEO James Goodwin, said:

“The Corolla is a trusted nameplate and Australia and New Zealand’s highest selling passenger car, so it is encouraging to see this affordable, volume-seller continue to achieve a high safety standard. This result clearly shows safety is not a luxury, with private and corporate fleet buyers able to access high levels of safety as advanced collision prevention technologies become increasingly available.”

The new model is on sale now with prices starting from $22,870 for the manual Ascent Sport. Prices go up to $31,870 for the flagship ZR CVT auto (excluding on-roads). See the video below for some Corolla carnage as it undertakes its crash tests.