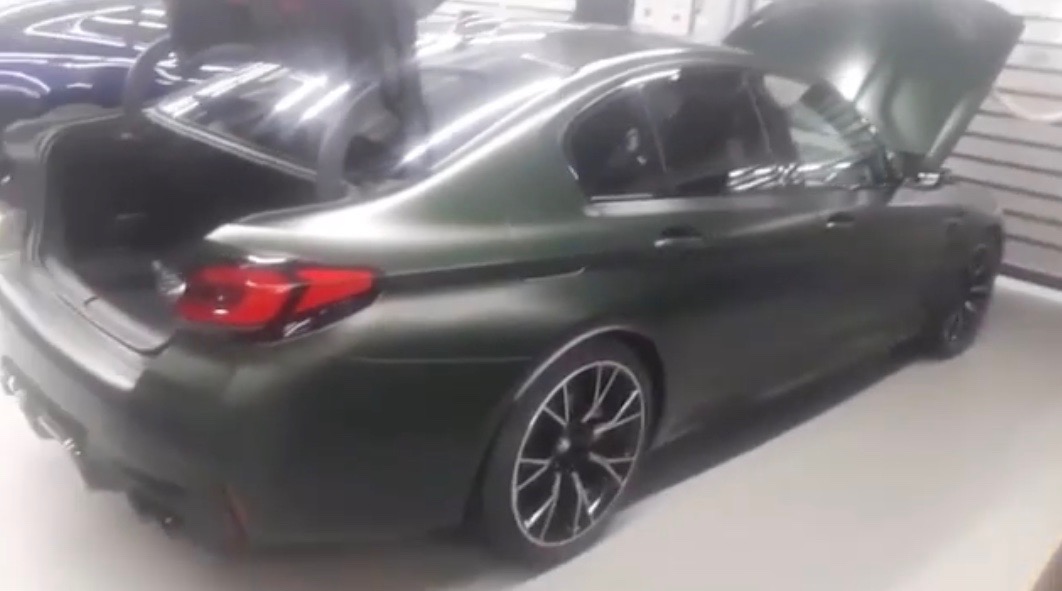 Standard BMW M5 Competition not fast enough for you? Well, you might be interested to hear there is a hardcore 2021 BMW M5 CS on the horizon. And by the looks of this sneaky spy video production has already begun. 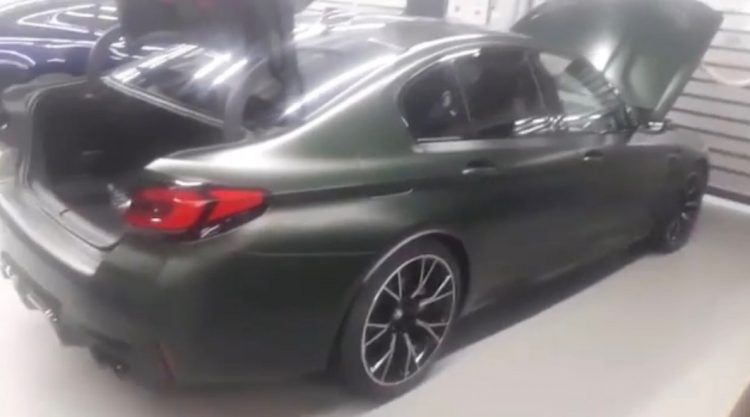 A video surfaced on Instagram recently showing what looks to be a legitimate M5 CS, complete with badges and everything. By the looks of the high-vis vests worn by the people behind the camera, we’re guessing the video was taking during some stage of transport for the new model, or at least transport of other cars with this CS sitting in the same car park.

The idea of an M5 CS has been floating around for a while so it probably shouldn’t come as a huge surprise. Prototypes have been spotted on the Nurburgring, suggesting such a model has been on the agenda. It’ll be the first CS (Club Sport) version of the M5, sitting above the Competition and likely following the same philosophy as the M4 CS. 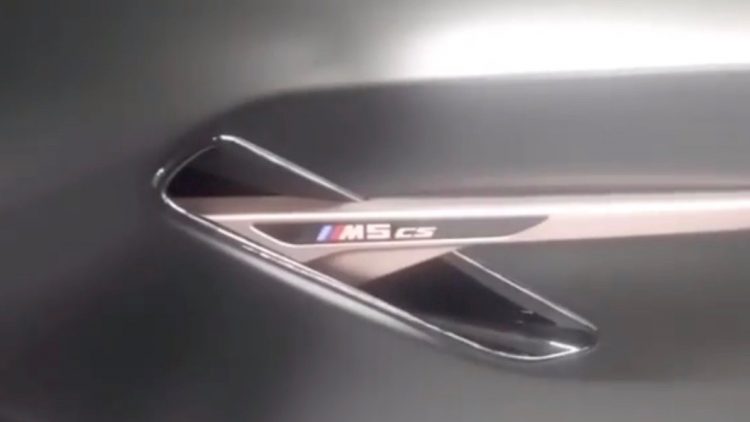 Taking a look at the video, it looks like the CS will come with black front grilles, bespoke carbon fibre side mirrors, and what looks to be a more aggressive carbon fibre rear diffuser. There’s probably going to be a nice little carbon fibre lip spoiler as well. A quick look at the interior confirms an Alcantara-wrapped steering wheel and centre console arm rest, with carbon fibre trimmings on the dash.

As for the hardware, the video uploader suggests 650hp (although we suspect that’s metric horsepower, same as PS). That translates to 478kW. Judging by the M4 CS from a couple of years ago, which produced 338kW up from the M4 Competition’s 331kW, 478kW seems about right. The current M5 Competition produces 460kW from its 4.4-litre twin-turbo V8. 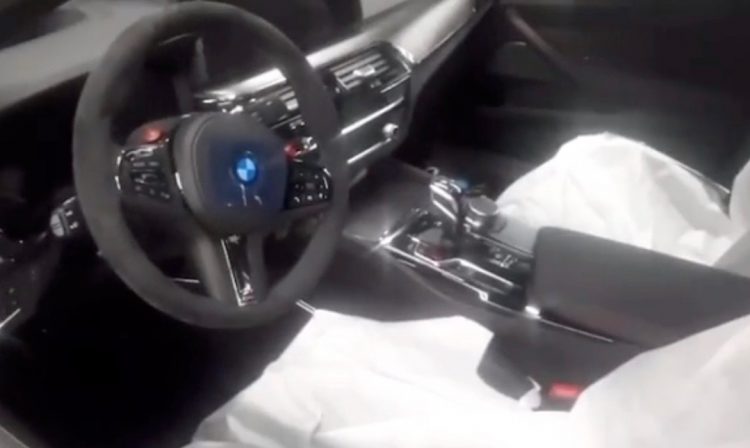 It’ll be more than just a power bump, though. The CS badge usually means lightness. So, some degree of weight reduction is very likely. The M5 Competition has a tare weight of 1831kg. There’s been no speak of how much weight could be chopped, but we think it’s fair to say the Competition’s claimed 0-100km/h time will be reduced from 3.3 seconds.

In other areas the M5 CS is expected to come with ceramic brakes, more hardcore suspension, potentially special lightweight door trims and boot lining, while this example also shows off a cool frozen black (or dark grey?) exterior colour.

Given that at least one example has already been made and looks to be in full production trim, we’re going to hazard a guess and say a debut will take place soon. Click play below for a preview.