A short video showcase of the cool new Volvo S60 Polestar one-off concept has surfaced online. This is the first time the car has been seen in action. 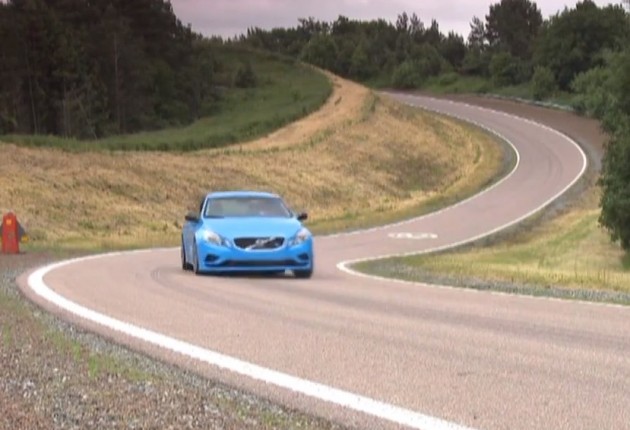 Volvo has no plans to put this special into mainstream production at this stage, however, if there is enough demand for it things may change. The next best thing that Volvo and Polestar currently offer is a Polestar-optimised version of the S60, boosting power and torque (full review coming soon).

The concept has been built as a custom order. It showcases what Volvo and Polestar could do if they worked together on a complete production car. It features high performance suspension and brakes, a spruced up interior with bucket seats, and a belting engine under the bonnet.

Power comes from a heavily tuned version of the 3.0-litre turbocharged straight-six Ford engine, seen in the regular S60 T6. It produces a whopping 379kW of power and 575Nm, up from the standard 224kW and 440Nm rating.

All that grunt is sent through an XWD all-wheel drive system after being spun through a six-speed manual transmission. Acceleration from 0-100km/h takes just 3.9 seconds.

Hopefully Volvo decides to put it into production. If it does hit the market it would rival the likes of the 309kW BMW M3 and the 336kW Mercedes-Benz C 63 AMG.

Click play on the video below to take a look, and a listen for that matter.