Subaru is getting ready to unveil the 2020 Liberty, otherwise known as the 2020 Legacy overseas, and has sent out some teaser images to build some anticipation. 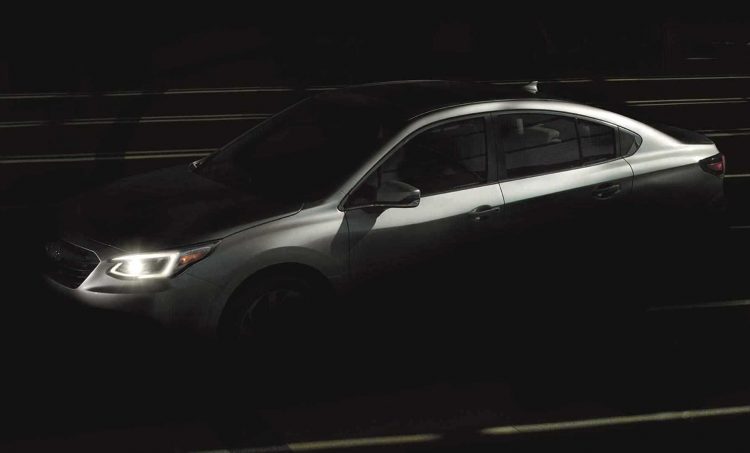 The current, sixth-generation Liberty/Legacy has been around now since 2014. Although, it has undergone some updates since then. But it looks like the 2020 model could be about the receive a major update for the interior and exterior.

Two teaser images have been handed out, including a preview of the exterior and the interior. For the exterior it looks like Subaru is going to apply a smoother, cleaner design language, with a more angled front grille to match the slant of the nose – unlike the upright and more prominent grille on the current model.

It looks like we might be getting clear taillight lenses at the back that wrap around to the C-pillar, as opposed to the red items on the current model. Other than that the 2020 Subaru Liberty is set to carry over its well-proportioned and very consistent sedan shape. 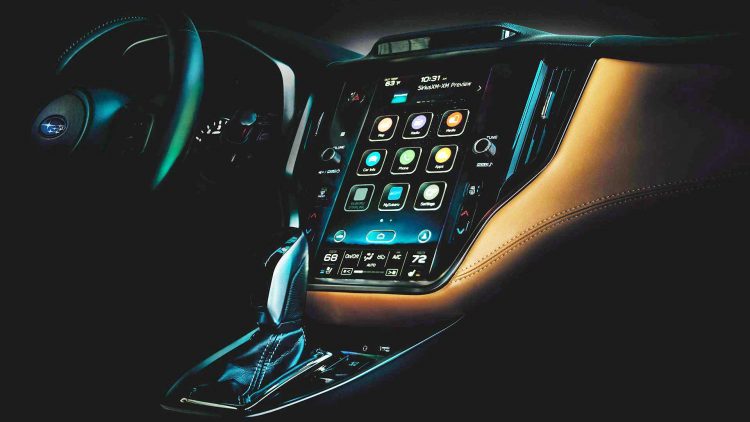 Inside is where you’ll see perhaps the biggest change. On the dash fascia Subaru has done away with its split-control setup and instead gone for a huge portrait-style touch-screen. Specific details on this haven’t been confirmed but it looks like it will house everything from the on-board media to the climate control. And low and behold Subaru has retained proper volume and tune knobs unlike many carmakers that are switching to button setups.

As for the mechanical side of things, rumours suggest Subaru could fit the new 2.4-litre turbo flat-four petrol engine from the overseas Subaru Ascent. In that the engine produces 190kW and 376Nm, which could be enough to replace both the current 2.5i and the thirsty 3.6R flat-six.

All will be revealed at the Chicago auto show on February 7. Stay tuned for all of the details.