As previously thought, the teaser shot Toyota released last week was of the 2013 Toyota Avalon. The sleek new sedan has now been fully revealed at the 2012 New York International Auto Show in the US. 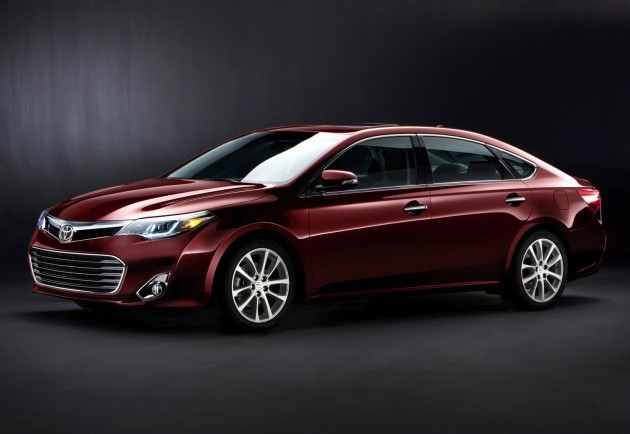 Although it won’t go on sale in Australia, the new sedan does provide us with some insights into Toyota’s future design philosophy for its large sedans. And things are looking good judging by this solid effort; it even has whiffs of Audi A6 about it.

The new model features a large open-mouth chrome lower grille dominating the front fascia, with the top grille sharing similarities with the latest Toyota Camry. At the back there’s an elegant flow of panel contours, a new diffuser-style section with twin oval exhausts, and a mild lip spoiler formed into the boot line.

Inside it’s equally chic and modern, and refreshing for a Toyota sedan, with a centre dash section protruding slightly towards the driver, chrome trimmings, and a flat screen interface.

As for power, the 2013 Toyota Avalon specifications are yet to be finalised. Toyota has said the new model’s chassis has be revised to offer increased torsional rigidity though, improving handling. It also showcases MacPherson strut front suspension, stiffer springs and thicker anti-roll bars, and an electric steering system.

Other highlights include 17- or 18-inch alloy wheels, LED lighting, and a JBL audio system.

Not bad Toyota, not bad. What do you think? Would you like to see something like this introduced in Australia?